Sutherland Springs Massacre: God Answered the Victims Prayers by Allowing Them to be Murdered 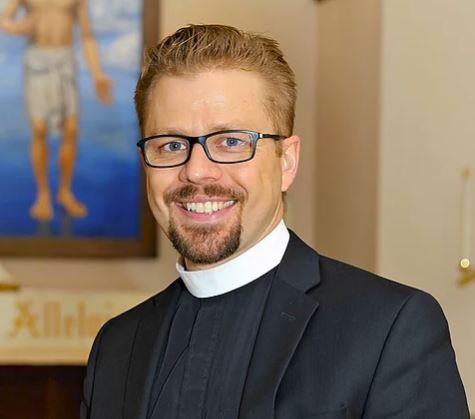 Hans Fiene, pastor of River of Life Lutheran Church in Channahon, Illinois (affiliated with the Lutheran Church — Missouri Synod, a Fundamentalist sect) believes that the twenty-six Baptists murdered at a Sutherland Springs, Texas church service were killed because God was answering their prayers to be “delivered from evil.”  Writing for the website The Federalist, Fiene stated:

It’s also an act of profound ignorance [to say that prayer doesn’t work]. For those with little understanding of and less regard for the Christian faith, there may be no greater image of prayer’s futility than Christians being gunned down mid-supplication. But for those familiar with the Bible’s promises concerning prayer and violence, nothing could be further from the truth. When those saints of First Baptist Church were murdered yesterday, God wasn’t ignoring their prayers. He was answering them.

“Deliver us from evil.” Millions of Christians throughout the world pray these words every Sunday morning. While it doesn’t appear that the Lord’s Prayer is formally a part of the worship services at First Baptist Church in Sutherland Springs, I have no doubt that members of that congregation have prayed these words countless times in their lives.

We also pray in the Lord’s Prayer that God’s will be done. Sometimes, his will is done by allowing temporal evil to be the means through which he delivers us from eternal evil. Despite the best (or, more accurately, the worst) intentions of the wicked against his children, God hoists them on their own petard by using their wickedness to give those children his victory, even as the wicked often mock the prayers of their prey.

Because of Christ’s saving death and resurrection, death no longer has any power over those who belong to him through faith. So the enemies of the gospel can pour out their murderous rage upon Christians, but all they can truly accomplish is placing us into the arms of our savior.

Despite the horror that madman made the saints of First Baptist endure, those who endured it with faith in Christ have received his victory. Although the murderer filled their eyes with terror, God has now filled them with his glory. Although he persecuted them with violence, God seized that violence and has now used it to deliver his faithful into a kingdom of peace. Although this madman brought death to so many, God has used that death to give them the eternal life won for them in the blood of Jesus.

Those who persecute the church and those who mock Christians for trusting in Almighty God rather than Almighty Government may believe that the bloodshed in Texas proves the futility of prayer. But we believers see the shooting in Texas as proof of something far different—proof that Christ has counted us worthy to suffer dishonor for his name and proof that no amount of dishonor, persecution, or violence can stop him from answering our prayer to deliver us from evil.

Fiene takes umbrage at people suggesting that these deaths are a poignant reminder of the fact that God does not answer prayer. I have no doubt that those who had time to pray before the gunman mowed them down prayed. I am sure they prayed for the Almighty to protect them and keep them from harm. From a rational perspective, it is clear that the Christian God did not hear their prayers, or he did hear them and chose to do nothing. Either way, twenty-six people died. Fiene, providing yet another example of how irrational Christians can be, rejects the obvious and says that the people killed in Sutherland Springs died because God WAS answering their prayers — deliver us from evil. That’s right, God let or commanded the murders to happen because he decided to answer prayers in a way that only a bat-shit crazy preacher could think up. Instead of admitting that God, once again, failed to come through for his children, Fiene cooked up an explanation that I am sure even some Christians will think is crazy. (Please read The Indifference of God )

Lurking under Fiene’s argument is the belief that the God is sovereign over his creation; that everything that happens is according to the will of God; that nothing happens that is not decreed by God; that everything that happens is controlled, orchestrated, and managed by God. The gunman, then, was just a tool used by God to execute his will at First Baptist Church in Sutherland Springs, Texas. The people who died? Their numbers were up. The Bible states that everyone has an appointed time of death; that God is in control of whether we live or die; that there is nothing we can do lengthen or lessen our time among the living. If the living want to blame someone for the gunman’s murderous rampage, the blame solely rests on the shoulders of Hans Fiene’s God. (Please read Is God Sovereign and Does Everything Happen for a Reason?)

While Christian apologists have all sorts of arguments they use to get around the implications of believing God is sovereign, the fact remains that if God is the first cause, the creator, the ruler of all things, then he is culpable for what happens on planet earth. I give Fiene credit for at least admitting as much.

As atheists, we know that God doesn’t answer prayer. He can’t because he doesn’t exist. Most of the Sutherland Springs victims likely prayed before succumbing to a hail of bullets. Their prayers for deliverance and safety did not help them. God was blind, deaf, and indifferent, as are all the Gods created by human hands. Perhaps the God of Christianity is very much like Baal, spoken of by Elijah in 1 Kings 18:27:

And it came to pass at noon, that Elijah mocked them, and said, Cry aloud: for he [Baal] is a god; either he is talking, or he is pursuing, or he is in a journey, or peradventure he sleepeth, and must be awaked.

Elijah mocked the prophets of Baal, suggesting that their God’s inaction was due to him being busy talking to someone, taking a shit, being on vacation, or sleeping. This passage equally applies to the Christian God, who for the past two thousand years has been AWOL. Billions of prayers to God are uttered each day, yet they go unanswered — save God helping Granny find her keys or helping a Christian NFL quarterback score the game-winning touchdown. While twenty-six Baptists being murdered is no small thing, their deaths pale in comparison to the hundreds of thousands of people who die each day because of war, gun violence, starvation, and disease. Where God is needed most, he is nowhere to be found. Only in the alternate universe inhabited by the Hans Fiens of the world can it be said that God is hearing and answering prayers.

What is needed now is sympathy for the victims and families whose lives were shredded and destroyed. Fuck the clergy with their empty clichés and religious platitudes. Let them live with their delusions while rational, thoughtful Americans band together to tackle the immoral gun lobby and gun violence. How much more blood must be spilled before we realize that GUNS GUNS GUNS GUNS are the problem, and the ONLY solution is strict, enforceable Federal gun control laws. How much more blood must be spilled before we do something to fix our broken mental health system. When will we realize that the U.S. military trains men and women to kill; that some soldiers can’t turn off the violence once they return home; that PTSD among veterans is an ignored and increasing epidemic.

There is much we could do to put an end to gun violence IF we will but do so. Or, we could just keep on doing nothing — you know, praying.