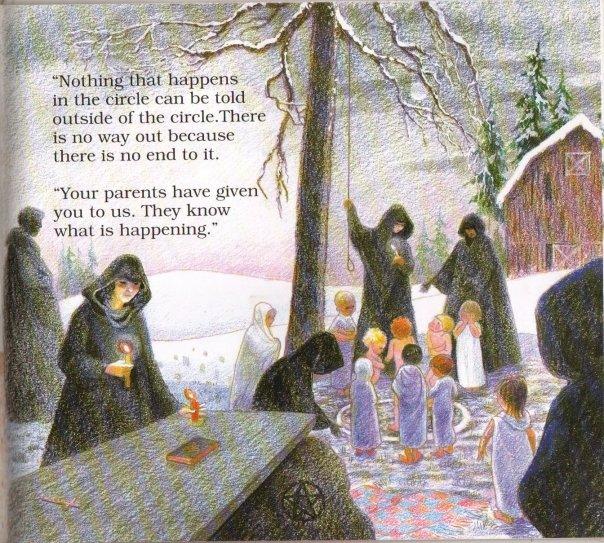 If you were an Evangelical in the 1980s, you surely remember the Satanic ritual abuse hysteria that swept through many churches. The following was published on the Christian Nightmares website — a must read site if you are interested in the bat-crazy stuff found in more than a few Evangelical churches, denominations, and colleges.

Here’s what Christian Nightmares had to say:

From Joel Huschle: “Here are a few handouts I was given in a college class in the late 80s. We were also told that many of us were likely victims of Satanic Ritual Abuse and to seek out therapists who are trained to detect it.” 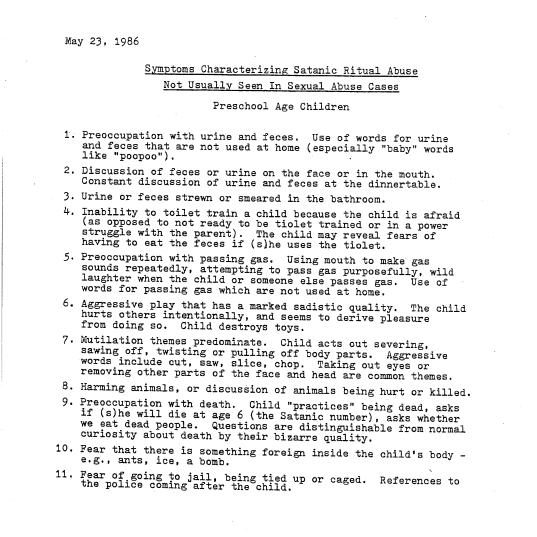 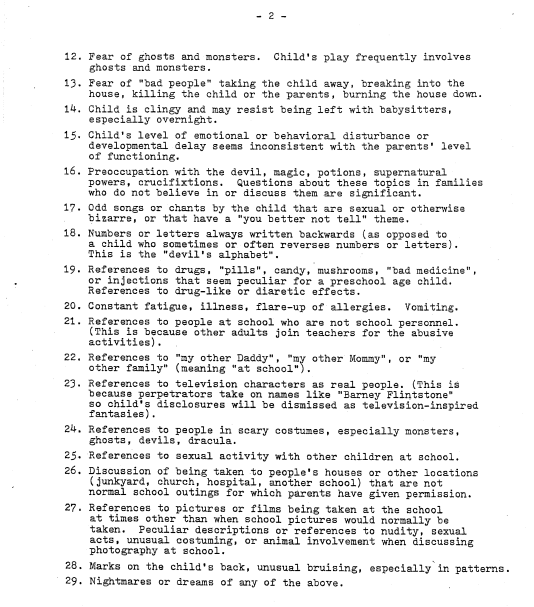 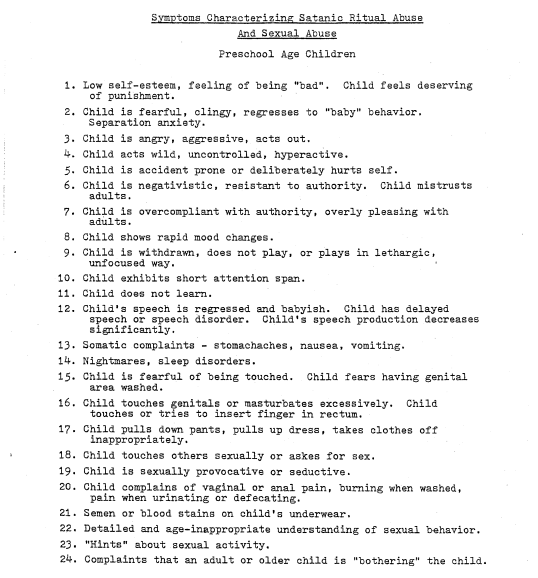