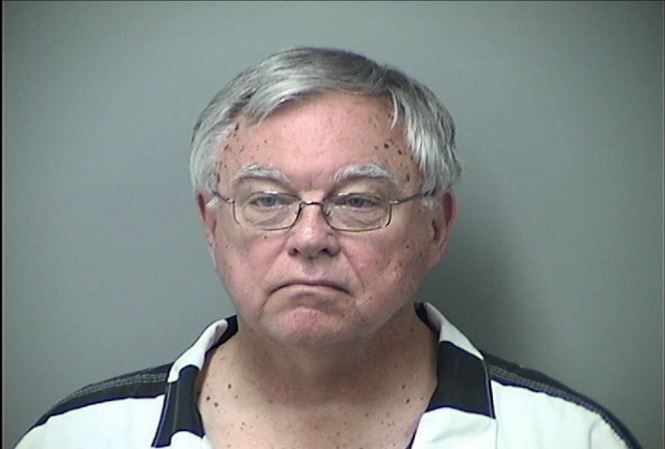 Investigators say nearly half a dozen people have come forward with stories of alleged sexual abuse, attempted or otherwise, at the hands of a Mid-Michigan priest charged this week with sexual assault.

Some of the new allegations against the Rev. Robert DeLand Jr., 71, date back nearly three decades, and all of them involve people who were minors at the time and accessed through DeLand’s role as a priest, said Tittabawassee Township Detective Brian Berg.

Apart from one female, most of the alleged victims are male, Berg said.

In addition to victim statements, Berg said police are receiving “dozens and dozens” of tips about the Freeland pastor since his arrest Sunday night, Feb. 25, at his Saginaw Township condominium on Mallard Cove.

“We’re trying to get our hands around the enormity of it and put it into some kind of logical order,” the detective said.

Saginaw Township Police Chief Donald Pussehl said his office has since received five calls regarding DeLand’s “questionable behavior” in the past.

“Throughout the years, some of the things he would do with young boys, such as inviting them to his home, was somewhat strange,” Pussehl said, relaying the callers’ concerns.

Chris Pham, a spokesperson for the Catholic Diocese of Saginaw, said the diocese is unaware of any past accusations against DeLand.

Although the cases were separate, one involving a 21-year-old man and another a 17-year-old male, they were similar in DeLand’s alleged predatory tactics, said Saginaw County Assistant Prosecutor Mark Gaertner.

“There was a number of grooming techniques that were used to befriend the victim, to prey on the victim’s weaknesses and to lure the victim to the residence on Mallard Cove,” Gaertner said Monday. “That was quite similar to the same techniques used in the case where he was arrested last night.”

That incident involved the 17-year-old victim.

DeLand, known to some as “Father Bob,” held a variety of positions at numerous parishes and Catholic schools in the Saginaw and Bay City areas since he was ordained in 1973, according to Pham.

DeLand’s tenure at St. Agnes in Freeland began in July 2011. Before that, Pham said, he served as pastor at St. James Parish in Bay City from July 2005 until July 2011. During that time, he was chaplain of All Saints High School.

Following the criminal accusations, DeLand was placed on administrative leave, according to a diocese statement.

Saginaw Township’s investigation began after a 21-year-old man reported in August that DeLand made unwanted, sexual advances on him while the pair were together at the pastor’s Mallard Cove condominium.

“Because of alcohol use, it did go further than what the victim had ever thought it would go,” Pussehl said.

In November, parents of a 17-year-old male doing court-ordered community service with DeLand voiced concerns about the pastor’s behavior to Tittabawasee Township police.

“His parents were very concerned that he was grooming their son and touching him inappropriately and buying things for him and spending a tremendous amount of time with him,” Berg said.

Some of the alleged instances took place at the condominium, and others in DeLand’s residence in the church rectory, Berg said.

Berg took those concerns to the Saginaw County Prosecutor’s Office, where he learned of the Saginaw Township investigation. The 17-year-old agreed to help investigators by going undercover, ultimately leading to DeLands arrest.

DeLand was charged with attempted second-degree criminal sexual conduct and gross indecency between males in the Saginaw Township case. Both are five-year felonies.

The Rev. Robert DeLand was charged last month with criminal sexual conduct following accusations from two males, ages 17 and 21. Police say they have received other complaints since his arrest.

The 71-year-old priest is on administrative leave from St. Agnes in Freeland, where he has had been pastor since July 2011, the Catholic Diocese of Saginaw reported. The suit also names the diocese and its leader, Bishop Joseph Cistone, claiming steps weren’t taken to stop the cleric or look into allegations about DeLand’s conduct.

DeLand allowed the 17-year-old he met last year to perform community service at the church that the youth was ordered to complete over six months, according to the lawsuit filed Monday in U.S. District Court.

When the youth returned to school that fall, the pastor was a volunteer “greeter” there, participated in school events and “engaged in a systematic pattern of ‘grooming’ behavior …, targeting the minor child, gaining his trust and/or providing him with gifts and favors,” attorney Todd J. Weglarz wrote.

Over time, DeLand took the student out of class to talk; bought him an expensive “vape” machine; invited the teen to his home to smoke; and “made inappropriate physical contact … during the school day, including back rubs, hugs and groping of the buttocks,” the court filing read. The priest also allegedly paid for his therapy to help deal with a friend’s suicide, texted or called him up to 17-20 times a day, then encouraged the student “to view large quantities of gay pornography,” according to the document.

DeLand invited the teen to his Saginaw Township condo last month to “party,” but that day, the cleric touched him “inappropriately, groping and fondling his crotch and buttocks, feet and toes,” the suit asserts.

DeLand, who has been ordered by the court during the Feb. 26 hearing to wear an electronic tether and have no contact with anyone under age 21, could not be reached Monday.

His attorney and diocese representatives did not immediately respond to a request for comment.

The lawsuit, which seeks at least $75,000 in damages, contends DeLand abused his position while Catholic Diocese of Saginaw leaders failed to properly investigate allegations he abused the teen as well as others, “which created a climate whereby boundary violations and inappropriate sexual misconduct directed towards children and were permitted, condoned and encouraged,” Weglarz said.