Will There be Any Women in Heaven? Hint, the Answer is No! 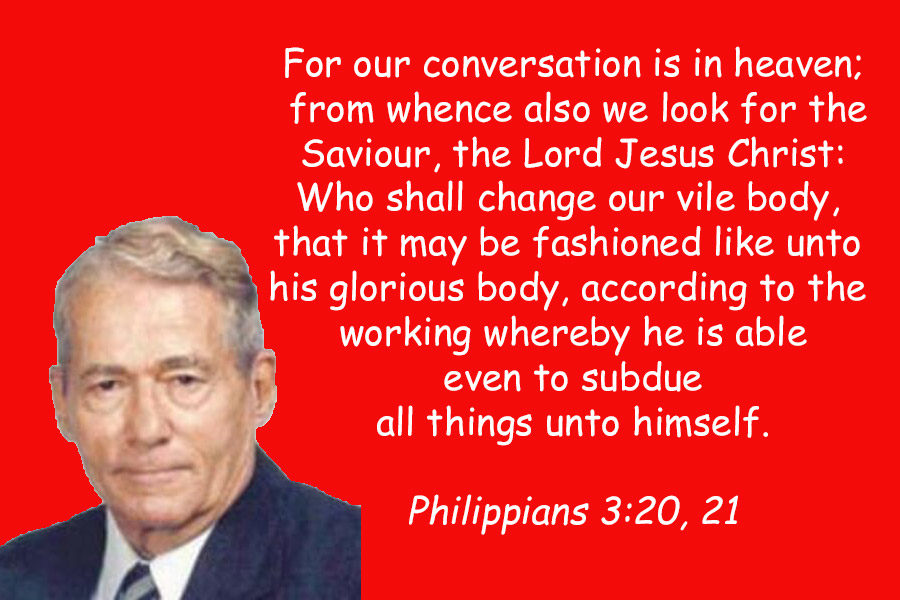 Caution! Snark ahead! You have been warned.

One of the more bizarre beliefs found within the confines of the Independent Fundamentalist Baptist church movement is that there will be no women in Heaven. That’s right, ladies, there will be NO females in Heaven. The thinking goes something like this: God, the father is male and Jesus is male. In Heaven, Christians will receive perfect resurrected bodies just like Jesus’. Thus, everyone in Heaven will be a thirty-three-year-old male. This means, of course, that God promotes and supports Transgenderism for women. Time to get your male on, ladies. Prepare now for eternity in Heaven as a m-a-n.

The late Peter Ruckman, a noted IFB preacher and defender of the King James Bible, had this to say about women in Heaven:

This means that every saved woman in the body of Christ is indwelt by a MAN, at least as far as sexual designations are concerned. Someday, the saved woman will be fashioned “LIKE UNTO HIS GLORIOUS BODY” (Philippians 3:21). (Bible Believers’ Bulletin. May 1986, page 3)

This would mean that every saved woman in the body of Christ will eventually become a THIRTY-THREE AND ONE-HALF YEAR OLD, SINLESS MALE (Phil. 3:20-21). She would be a perfect replica of the Lord Jesus Christ (Romans 8:29). (Bible Believers’ Bulletin. May 1986, page 3)So up in Heaven, ladies, you are going to be a 33 1/2-year-old male just

like your Saviour. If that seems odd or peculiar or distasteful to you Christian ladies, just remember that you have a man living inside of you (1 Tim. 2:5 cf. Col. 1:27), and that your destiny as a child of God is to be conformed to that man’s image (Romans 8:29). (The Book of Luke: The Bible Believer’s Commentary Series, page 636)

Since every Christian in the Body of Christ has a MAN inside him (or her) (Colossians 1:27; John 1:12) and is PREDESTINED to be conformed to the image of that man (2 Corinthians 4:4; Romans 8:29; 1 John 3:1-4; Philippians 3:21), there is no question at all about the future state of every Christian in the Body of Christ, except in the minds of Hebrew and Greek professors and the “vast majority of conservative, Bible-rejecting blockheads.” The believer will appear in glory as a 33-year old sinless male. (22 Years of the Bible Believer’s Bulletin Vol. 1 “The AV Holy Bible” page 110)

Moreover, everyone in heaven is a male…The woman is a “womb-man,” a man with a womb.
(The Books of First and Second Corinthians: The Bible Believer’s Commentary Series, page 343)

The indication is that the only people who get a glorified body like Jesus Christ are people in the Church Age. The only people who get a 33-year-old sinless [male, see p. 596] body are people saved in the dispensation of grace. All others get their eternal life by partaking of a tree, and they go into eternity male and female, exactly like Adam and Eve were before they fell. (The Book of Revelation: The Bible Believer’s Commentary Series page 587)

Is it any wonder then, that in IFB churches who hold such views, women are lorded over by misogynistic men who think God has given them the right, duty, and responsibility to lord over the fairer sex?

My question is whether there will be women in Hell? I wasn’t able to find any IFB preacher taking up this subject, but I did find a few words from their fellow misogynists in Islam. The Islam Question and Answer site says:

Praise be to Allah.

With regard to the reason for this, the Prophet (peace and blessings of Allah be upon him) was asked about it and he explained the reason.

It was narrated that ‘Abd-Allah ibn ‘Abbas (may Allah be pleased with him) said: The Messenger of Allah (peace and blessings of Allah be upon him) said: “I was shown Hell and I have never seen anything more terrifying than it. And I saw that the majority of its people are women.” They said, “Why, O Messenger of Allah?” He said, “Because of their ingratitude (kufr).” It was said, “Are they ungrateful to Allah?” He said, “They are ungrateful to their companions (husbands) and ungrateful for good treatment. If you are kind to one of them for a lifetime then she sees one (undesirable) thing in you, she will say, ‘I have never had anything good from you.’” (Narrated by al-Bukhari, 1052)

It was narrated that Abu Sa’eed al-Khudri (may Allah be pleased with him) said:

“The Messenger of Allah (peace and blessings of Allah be upon him) went out to the musalla (prayer place) on the day of Eid al-Adha or Eid al-Fitr. He passed by the women and said, ‘O women! Give charity, for I have seen that you form the majority of the people of Hell.’ They asked, ‘Why is that, O Messenger of Allah?’  He replied, ‘You curse frequently and are ungrateful to your husbands. I have not seen anyone more deficient in intelligence and religious commitment than you. A cautious sensible man could be led astray by some of you.’ The women asked, ‘O Messenger of Allah, what is deficient in our intelligence and religious commitment?’ He said, ‘Is not the testimony of two women equal to the testimony of one man?’ They said, ‘Yes.’ He said, ‘This is the deficiency in her intelligence. Is it not true that a woman can neither pray nor fast during her menses?’ The women said, ‘Yes.’ He said, ‘This is the deficiency in her religious commitment.’”

For Fundamentalist Baptist and Muslim women alike, Hell is their religion, and Heaven is getting as far away from it as possible.

No matter what women say or do in IFB churches, they will always be considered second-class citizens; inferior to men because the Bible says that women are weaker than men and more prone to emotional silliness. Women can’t be preachers, teachers of adults, elders, deacons, or political leaders. According to some IFB preachers, women just aren’t suited for such jobs. God wants women to submit to their husbands and pastors, and busy themselves with house-cleaning, cooking, raising children, and working in the church nursery. For these women, their husbands are their bosses, and it’s their duty to submit to them as unto the Lord. Ponder that thought for a moment. How does Jesus want you to submit to him? With love, commitment, and strict obedience. In patriarchal homes there is a strict order: Jesus, pastor, husband, wife, children, and dog. Upsetting this order, according to preachers of complementarianism, brings God’s judgment. No marriage is a good one without it being perfectly aligned with God’s order for the church and home. Or so preachers say, anyway.

Some IFB women endure such treatment for the sake of their children. It is not uncommon to see such women divorce their husbands once their children are out of the house. I suspect other women take the he that endureth to the end shall be saved approach. They willingly suffer being misused and abused, believing that God will reward them in Heaven for their sacrificial obedience.

But what if Peter Ruckman and his fellow misogynists are right; that women will be turned into men once they arrive at the pearly gates? Think about that fact for a moment, ladies! Imagine spending your life putting up with shit from men, only to find out when you get to Heaven that God hates you too and plans to turn you into a thirty-three-year-old man. Isn’t God’s plan wondrous?

My advice to IFB women is this: RUN! Flee the mind-numbing, psychologically damaging preaching of IFB pastors. If need be, tell your IFB husband that he has two choices: FLEE or separation/divorce. Life is too short for women to give it all up to the wants, whims, needs, and desires of religiously motivated men. There’s no Christian Hell or Heaven awaiting, ladies, so now is the time to make for yourselves your own heaven and hell on earth; hell for the men who demean you and heaven for yourself and those value you as people.

I shall wait for God’s anointed ones to show up and object to what I have written here. The BIBLE says ___________, they will say, and in doing so they will prove, yet again, that the Bible can be used to prove almost anything; that Peter Ruckman with his belief that there will be no women in Heaven is just as credible and believable as Christians who suggest otherwise. Evangelical Christianity is, in effect, a paint-by-number board without numbers. Believers can freely use — thanks to the inspired, inerrant, infallible Word of God — whatever colors they want to paint their picture. How dare anyone suggest that their particular picture is not a representation of True Christianity®.