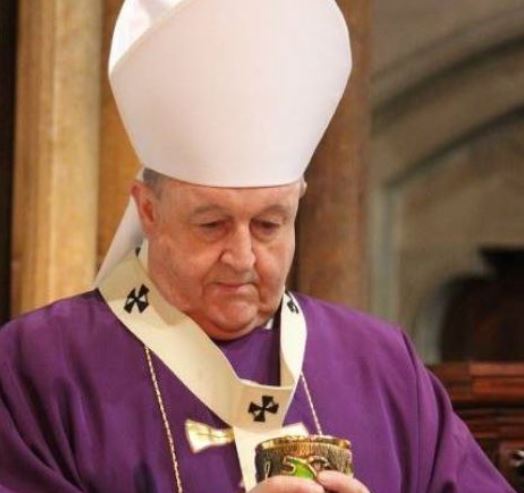 Last week, Philip Wilson, the Archbishop of Adelaide, was found guilty of covering up child sexual abuse. He will be sentenced on June 19, 2018. Wilson pleaded not guilty, but the judge found the evidence against him compelling. After his conviction, Wilson stated, “I am obviously disappointed at the decision published today. I will now have to consider the reasons and consult closely with my lawyers to determine the next steps.”

The charges against Wilson hail from his days as a young priest. Several children came to Wilson will allegations of sexual abuse by Catholic priest James Fletcher. Wilson did nothing. Fletcher would continue to abuse children for decades until he was arrested and  convicted of nine counts of child sexual abuse in December 2004. Fletcher died in prison in 2006.

I would think that the mind of Pope Francis at this stage would be that if there be a conviction of a bishop in relation to a failure to disclose abuse in circumstances where the state thought that was criminal activity, then I would think the mind of the pope would be that that doesn’t measure up in church terms either and that therefore it would be impossible for someone to remain in the job as a bishop.

But this relates to when he was a young priest. Even someone like him who later got it back in those years was so confined by our culture that it would seem there was no disclosure.

Brennan seems to be saying that people shouldn’t be too hard on Wilson. His nondisclosure of the allegations was typical of the times; and that Wilson in recent years has been one of the good guys, someone who tried to hold priests accountable for their criminal behavior. Really? Where’s the evidence for this claim? How many pedophile priests were reported, arrested, and prosecuted for their crimes under his watch? How many other children found deaf ears when they reported being sexually abused?

According to Wikipedia, Wilson did not change his ways as Brennan alleges. In May 2010:

…. Wilson came under scrutiny regarding two incidents relating to sexual abuse in the Diocese of Maitland-Newcastle.

The first of these cases related to the alleged sexual assault of two girls in 1985 by Father Dennis McAlinden, a priest in the diocese. Wilson, the diocese’s vicar general at the time, was sent to speak to parents at the school where the assault was alleged to have taken place. The principal told the media that Wilson’s response was to remove McAlindon from his position and to provide help for him. In fact, according to the Australian Broadcasting Corporation (ABC), “McAlinden was … transferred to a remote parish in the Pilbara region of Western Australia. Over the next decade he sexually assaulted five more girls under the age of 10”. In 1995, Wilson was again asked by Bishop Leo Clarke to deal with the case, requesting that he take statements from the alleged victims. Wilson took the statements and returned them to the bishop. The ABC reported that the statements were never provided to police and, instead, Clarke defrocked McAlinden, with the promise “that his ‘good name’ would be protected”. In a statement to ABC in 2010, Wilson said he told Clarke that McAlinden should have been confronted in 1985 and, that as far as he was aware, this had occurred. He denied involvement in McAlinden’s transfer to Western Australia or his defrocking.

Robert Stone, the magistrate who found Wilson guilty, had this to say about the Bishop’s crimes:

The likelihood of two young boys individually telling the accused [Wilson] of acts of sexual misconduct by another priest who the accused knows … are matters I am very confident would be remembered for a very long time. You have to ask why the accused did not do what he himself says he would do now [go to the police] in the same situation. The answer I believe relates to the accused having a sense of knowing what he was hearing was a creditable allegation. In addition, the accused wanted to protect the church and its image.