McGehee is accused of sending naked pictures and videos of himself to a then-15-year-old boy. He also is accused of soliciting nude photographs and videos of the teen, engaging in kissing and touching and offering the teen alcohol. The activity took place for approximately a year beginning in January 2017, the documents state.

Authorities said the victim told investigators “that this touching made him uncomfortable, but he just accepted it.”

According to news reports, McGehee’s father-in-law — pastor of The Church of Jesus Christ, McGehee’s wife and father were aware of his alleged sexual misconduct with the boy. Not only were they aware of this incident, they were also aware of similar conduct when McGehee was at another church in Tennessee. 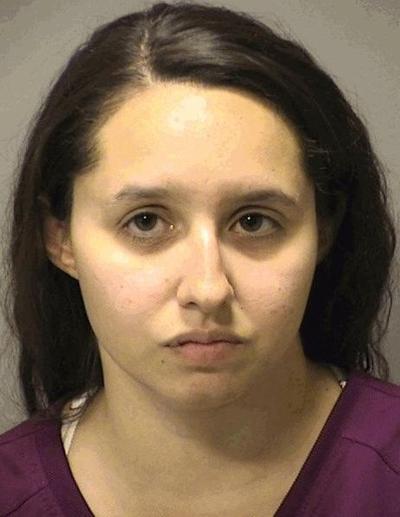 Last week, church member Valerie Clabaugh was charged with having sex with a fifteen-year-old church boy. The Chicago Tribune reports:

A 29-year-old South Haven, Indiana, woman has been charged with having sex with a 15-year-old boy in what is expected to be a growing case linked to churches in South Haven and Michigan.

Valerie Clabaugh is charged with a felony count of sexual misconduct with a minor, according to court records.

The boy reportedly told police he and Clabaugh had sex multiple times at her home on Capitol Road in South Haven last summer when she was 28.

The incidents came to light when the boy’s mother reported it to police and said her former husband had been dating Clabaugh until their son became involved with her, according to charging information.

Leaders at the churches reportedly told police they were advised of some type of relationship between Clabaugh and the boy, and responded by telling them to “knock it off” and washed their hands of the incident, according to court documents.

An investigator said the claim is contrary to text messages he read from Clabaugh’s cellphone, which said a leader at the Michigan church was attempting to persuade the boy’s mother not to go to police.

Clabaugh’s phone also contained messages from others in the church who allegedly knew about the sexual relationship and who were encouraging Clabaugh “not to speak with the police and that investigations such as this one are hard to prove,” according to charging information.

The phone also contained text messages alleging another coverup in the church of an adult sending nude photographs to an underage boy, according to charging information.

Randy Westmorland, pastor of The Church of Jesus Christ, allegedly knew about these allegations and did not report them. He now faces two misdemeanor charges for failing to report.

The underlying story in the McGehee case is the fact that The Church of Jesus Christ believes that homosexuality is a sin. This is why McGehee was sent away to get “fixed.” Evidently, the “fix” didn’t take.  The Chicago Times reports:

“Pastor Randy advised that Michael has had problems (homosexual activity, which is a sin in their religion) in the past,” document state, and that Westmoreland preaches weekly against homosexuality.

Westmoreland also told investigators he told McGehee “not to attempt to make (the victim) gay.”

The Church of Jesus Christ has no web or social media presence. I have, however, been able to discern by looking at their building and those of churches they are affiliated with, that the church believes it is the “true” church of Jesus, founded AD 33.