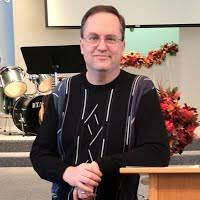 Last year, Doug Edwards, pastor of First Baptist Church in Ketchikan, Alaska and a recently retired home economics teacher at Ketchikan High School, was arrested and charged with six counts of sexual abuse of a minor.  According to KRBD, Edwards  sexually assaulted a fourteen-year-old church girl. Yesterday, Edwards pleaded guilty to one count of sexual abuse of a minor.

A former Ketchikan High School teacher pleaded guilty Wednesday to sexual abuse of a minor through a plea agreement that calls for him to serve six years in jail.

Doug Edwards was charged last spring with six counts of sexual abuse of a minor for groping a then-14-year-old girl’s chest at the school, at his home and at the church where he was a pastor. The plea agreement consolidates those six charges into one Class B felony.

Superior Court Judge William Carey explained what that means to Edwards and others in the courtroom.

“So what this does is consolidate all six into one conviction, however he is basically admitting the conduct in all of them,” Carey said. “And the fact that, even though there is one conviction, it looks like the fact that other acts, multiple acts, are consolidated into this, makes the sex-offender registration requirement lifetime as opposed to 15 years.”

After he’s served his time in prison, Edwards will be required to register as a sex offender, and update that registration every three months for the rest of his life.

The plea agreement called for a sentence of 18 years with 12 suspended. That leaves six to serve, but with “good time,” Edwards could be released after four years.