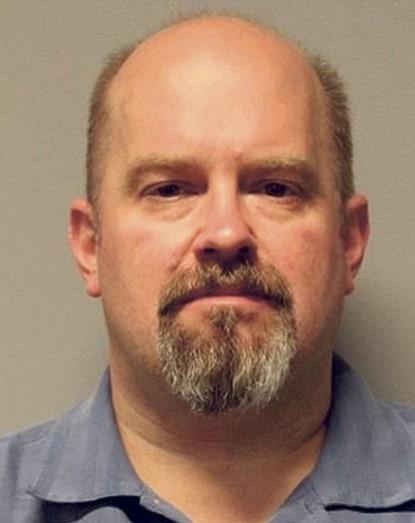 Two hours later, 12 members of that jury, one by one in open court, confirmed their guilty verdict in each of the four charges of child molestation that happened more than two decades ago. It took seven hours over two days for the jury to reach its verdict.

“If you tell, God is going to punish you. If you tell, you’re not going to go to heaven,” Chantry told his 11-year-old victim, Deputy County Attorney Susan Eazer explained to jurors in her closing arguments.

Chantry’s bond was revoked Wednesday. During the aggravated circumstances stage of the trial, immediately after the verdict, the jury determined that Chantry caused emotional harm to the victim, according to Eazer.

The victim felt shame, confused, felt it was his fault, the prosecutor said. The victim felt fearful the defendant was going to do this to other children, Eazer argued. She said the victim was angry at his parents for not protecting him from the minister.

Chantry’s attorney, Ryan Stevens, argued against the aggravated circumstances verdict because the state did not present any psychological evidence that Chantry caused emotional harm to the victim.

But the jury agreed with Eazer not to continue bail, and after the hearing the minister walked out the side door of the courtroom with officers behind.

The minister has been accused of multiple instances of abuse and molestation involving the children in his former congregation.

During a trial last summer, a Yavapai County Superior Court jury was deadlocked on the four molestation charges by just one juror and this is a retrial of that case, Eazer said.

During the trial last summer, Chantry was tried on a total of five felony charges of child molestation and three aggravated assault charges.

Chantry is also facing nine other charges involving child abuse and molestation in another case.

In June 1995, Chantry became the new pastor at Miller Valley Baptist Church. Accusers and their families first reported incidents of abuse to the church but no reports were made to the police until 2015.

Eazar ended the two-week trial Wednesday, arguing in her closing arguments that the jurors should believe the witnesses’ testimony, including the testimony of the single victim in this case, who is now a grown man with children.

However, Stevens argued in his closing statement that the witnesses for the victim brought “personal agendas, family agendas, biases and prejudices.” He said the witnesses in this trial contradicted themselves when compared to their testimony in previous cases and cited several examples.

Stevens argued that the four molestations charges that Chantry is facing are not about allegations of “spanking.”

“Excessive spanking: That’s for another courtroom, on another day.” This case is about the “touching” of the victim in certain body areas, he said.

The defense attorney also questioned the quality of the witnesses’ memories of alleged incidents from more than 20 years ago.

The defense attorney also said there was no medical or scientific evidence to corroborate the victim’s testimony. There was no thorough police investigation, he added.

“They (the witnesses) have knowledge of spankings,” Stevens told the jury.

“And you look at the actual evidence that is paper-thin, this, ladies and gentlemen, is not what ‘proof beyond a reasonable doubt’ looks like, to convict a person of child molesting.”

In her rebuttal to Stevens’ closing arguments, Eazer took exception at Stevens’ comment that spankings “have nothing to do with this case.”

What the defense never explained is why the minister would be spanking these children in this manner, Eazer argued. She asked why the defendant would deny the spankings, other than say they were light taps, she asked.

“Wouldn’t it be a little too creepy for the defendant to have pulled down the pants of children in his congregation, spanked them excessively, with objects repeatedly, leave marks, for things like spelling errors grammatical errors,” Eazer pointed out, “Why would each of those children describe those spankings,” she asked the jury.

“The spankings again are the gateway into the molestation,” Eazer said.

“You can’t get to what he did” to the victim without talking about the spanking, she said,

Eazer pointed out that the minister even got permission from the victim’s family to discipline children by spanking them, using his church influence, to let the victims know he was in “control.”

“Why did he do it? Motive.” Eazer said. “It was actually very brilliant in a sadistic and pedophilia perhaps way.”

Chantry showed the victim who was in control, he got joy from inflicting pain, watching the victim’s bottom turn red and this gave the minister an excuse to do what his motive and his intent was: “To touch this little boy,” the prosecutor said.

Eazer stressed that the witness did not come up with their stories about the minister together and that they should be believed even two decades later. She argued there is no reason to make up these stories just because they are angry at the minister. The testimony is not the kind of attention these witnesses and victims seek, she added.

Chantry, the son of Reformed Baptist luminary Walter Chantry, is scheduled to be sentenced on July 19, 2019.

For detailed coverage of Chantry’s trial and conviction, please check out the Thou Art the Man blog.