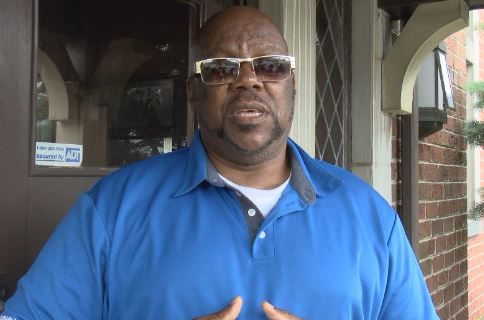 Martin is the pastor of the Greater Tabernacle of Faith Apostolic Church located at the corner of Preston and Bland streets, Detective-Sgt. K.L. Adams, with the Bluefield Police Department, said.

The incident involving the charges occurred in March when the defendant picked the victim up at his residence to “take him out,” according to a criminal complaint filed by Adams.

Adams said the victim and his family thought they would be going out to play video games or shopping.

Instead, Adams said in his complaint that Martin took the victim to his residence where he made him shower and then molested him under the guise of teaching him how to wash himself properly.

In the criminal complaint, Adams said Martin admitted during an interview that he picked up the victim “with intent to bring him to his home to take a bath.”

“Martin said he had to explain to (the victim) how to wash his body,” including his genitals, Adams stated in the complaint. “Martin denied ever touching (the victim) during this.”

Adams’ report also noted that a sexual assault examination was performed on the victim that showed signs of penetration.

Apostle Anderson Martin Sr. was born in McDowell County to Bishop Louise Johnson and was a member of Zion Temple of the Heavenly Sunlight church under the leadership of Bishop Almeta Price and Bishop Hattie Morrison, where he was a Bass guitar player and a member of the Fantastic Harmoneers. Apostle Martin was baptized in the name of Jesus according to Acts 2:38. In 1988 Apostle Martin was called into the ministry, after being in the ministry for 10 yrs Apostle Martin was lead by God to take his ministry a step further, He opened up his first church in Bluefield, West Virginia. Tabernacle of Faith , with not many members at the time Apostle and First lady still pressed their way to church and said that he was preaching to the angels in the seats, keeping the Faith that God would fill the house.