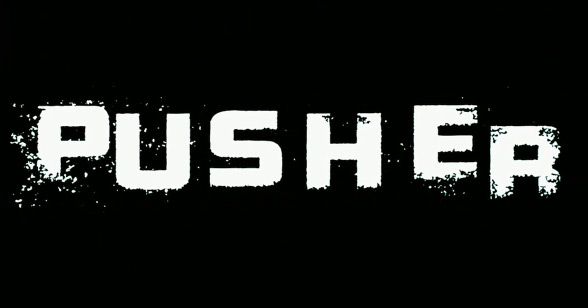 I can recall when a yellow haze hung in coffee shops, transportation terminals, and other indoor public spaces. Most adults, it seemed, smoked. It was even socially acceptable to give a carton of cigarettes as a gift for Christmas, a birthday or some other occasion. I know: I gave cartons of Lucky Strikes, Pall Malls and other brands to aunts, uncles, godparents, and godchildren, even though I never smoked.

Most young people simply cannot imagine such a world. For one thing, the price of cigarettes has multiplied. For some people, that cost is a disincentive to start smoking; for nearly everyone else, it’s a reason not to wrap up cartons of Kools and Marlboros and tie them with colorful ribbons. If anything, most young people want to discourage their family and friends from lighting up.

It is not surprising, then, that in 2018, a lower percentage (15) of the US adult population smoked than at any time since such statistics were kept. Although more than 38 million Americans still smoke, the habit is less likely to be passed along inter-generationally: more than a few people decided not to pick up cigarettes after watching family members and friends struggle with, and die from, nicotine addiction.

Now anti-smoking campaigns like the ones initiated by the US Surgeon General in the 1960s have taken hold in Australia, Japan, and Canada, and even in countries like France, where lighting up a Gitane or Gauloise was part of the image of a soigne sophisticate. Throughout the developed world, rates of smoking are falling faster than a pack of Viceroys dropped off Big Ben.

So what have tobacco companies done? They’ve gone to China, Russia, Somalia and other low- and middle-income countries. Worse yet, though not surprisingly, they’ve targeted the young — I mean, the really young. In my travels, I recall seeing boys who hadn’t reached puberty lighting up and puffing in the Middle East and Southeast Asia. In those parts of the world, it’s even more common than it is in the US or Europe to see stores selling individual cigarettes, which is how most teens and pre-teens buy them. If anything, the tobacco companies are encouraging such practices: the teenager who buys a cigarette a day could easily become the adult who smokes a pack, or even more, a day.

Now, it seems, pharmaceutical companies are following at least part of the tobacco companies’ playbook. Although the opioid epidemic still devastates families and communities, prescriptions for OxyContin — the most commonly-used opioid painkiller — in the US have fallen by 40 percent since 2010. The overall volume of opioid prescriptions, which include hydrocodone (Vicodin), oxycodone (Percocet) and other drugs, as well as OxyContin, has fallen by about a third since 2011. So the makers of those drugs have begun campaigns to encourage doctors to prescribe those drugs, and are even encouraging over-the-counter sales in countries where pharmaceuticals are less regulated.

In a sad, cruel irony, Mexico is experiencing its own opioid crisis, as its citizens are using the drugs to cope with the traumas of forced migration, gang violence, political corruption, and economic stagnation: problems brought on, at least in part, by the demand for those, and illegal, drugs in the United States!

Of course, tobacco and opioids aren’t the only means people in poor and developing countries use in their attempts to cope with the disruptions caused by the whims, decadence, and cruelty of richer countries — which, in some instances, were their actual or de facto colonizers. What I am about to mention has, in essence, the same effect on people who are poor, dispossessed and otherwise victimized through no fault of their own.

Not for nothing did Karl Marx call religion the “opium of the people.” Opioids are so named because they mimic opium’s ability to numb or kill pain. For many people, faith, prayer, and participation in religious rituals allow them to forget, if only for a moment, the terrible conditions in which they live, and to believe (or at least hope) that there will be something better after this life. This effect can be powerful enough to prevent the poor and powerless from seeing, let alone understanding or fighting, the people and institutions that keep them oppressed. For that matter, the narcotic of faith can actually keep people from knowing that that the people and institutions responsible for their misery have, as often as not, some role in the creation or propagation of the very religion that they’re being encouraged or forced to adopt.

I can’t help but think that the leaders of the Roman Catholic, Mormon, and Evangelical churches, as well as the Jehovah’s Witnesses and other powerful hierarchical religious institutions, understand what I have just described. They also know that, to put it crudely (some would say crassly), folks, especially the young, in the developed world are no longer buying what they’re selling. While it’s true that the more extreme and depraved forms of Evangelicalism are having a heyday in the US (where they have the ear of their President and other powerful leaders), their hold on the U.S. can’t last. Their kids eat lunch with gay and gender-fluid peers as well as Muslims, Buddhists, and kids with no religion at all — and cultures very different from their own. Some young Catholics, Evangelicals, Mormons and Jehovah’s Witnesses will cling to their beliefs for as long as they can, but even for them, it’s not a sure bet that their faith will withstand exposure to the facts.

A few religious leaders have admitted as much, whether tacitly or explicitly. They know that the U.S. is not a “growth market.” Latin America won’t be one for long, and Europe, at least in the north and west, is declining or even dying as a “market” for their faith. As people in those places are exposed to more ideas, practices, and cultures different from their own — which is to say, as they become more educated — they simply see less reason, and thus have less need, to live their lives according to half-baked, warmed-over Bronze Age myths. If anything, those people, especially the young, see the harm that clinging to those ideas has caused the generations before them, in much the same way I and other people of my generation saw the harm tobacco and painkillers caused older members of our families and communities.

But the young, let alone their elders, in much of the poor and developing world have not yet seen the destruction caused by addictive substances, nor do they understand the corrosive effects irrational beliefs will cause them and their societies. And they are experiencing enough pain, whether physical or emotional, to try anything that might help them forget, even for a moment, that the one offering the opium or the opioid is, in fact, causing the pain. It is among these that the pushers of religion have their only hope of expanding their capital.

At least the third-world “market expansion” of western religions will have an expiration date. When that will come, I don’t know, but come it will: inevitably, someone will understand that addiction — whether to toxic substances or ideas — leaves the addict in a worse state than he or she was in with his or her pain. Oh, and they will also realize that those offering relief or salvation are the ones who caused their malaise and oppression in the first place. Then they will remember when the pall of that malaise and oppression hung in the air, and be happy their children won’t have to inhale it.