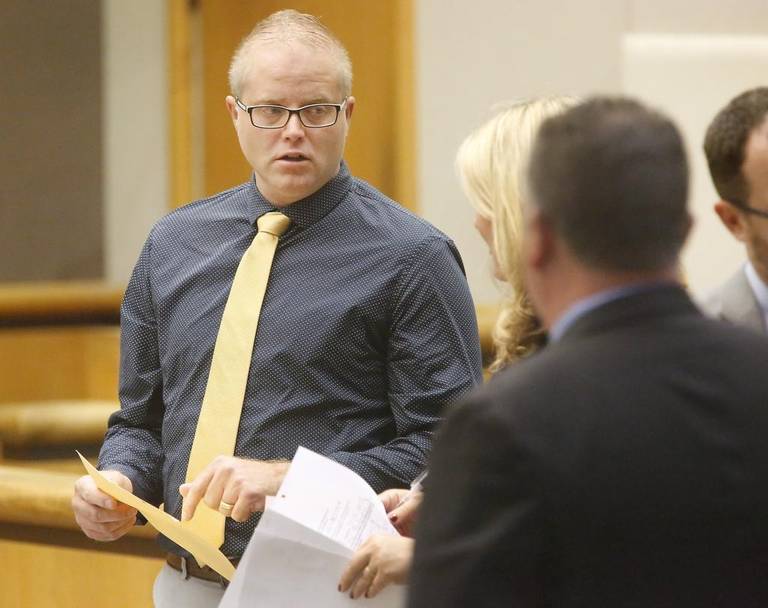 The Tri-City Herald reported at the time:

According to court documents and a presentencing report, Scheline posted an ad on Craigslist identifying himself as a “fit hairy married dad” on June 13, 2017. He wrote that he was looking for a “young guy” for a sexual encounter.

A detective with the Southeast Region Internet Crimes Against Children — part of the Net Nanny team — responded three weeks later.

The detective posed as a 38-year-old father offering his 13-year-old son for sex.

In the email exchange that followed, Scheline discussed sex acts in explicit detail.

On July 6, 2017, he traveled to a Richland apartment for the purported rendezvous.

When an undercover detective playing the role of the son answered the door, Scheline turned and walked away but was arrested in the apartment complex. He had no prior criminal record.

In June 2018, Scheline pleaded guilty and was later sentenced to a mandatory minimum sentence of 58 months in prison.