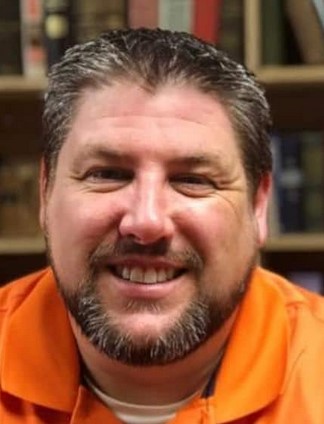 A former pastor of a Southern Baptist church in north Harris County faces charges of molesting a teenage relative, sometimes multiple times a day, over the course of two years, court records show.

Stephen Bratton, who resigned from Grace Family Baptist Church in Cypress Station last month, was charged Friday with continuous sexual abuse of a child, Senior Deputy Thomas Gilliland said Saturday. The 43-year-old is accused of inappropriate touching that escalated to “sexual intercourse multiple times a day or several times a week” from 2013 to 2015, Gilliland said.

Bratton has been an outspoken pro-life advocate, making national news recently for supporting a failed bill that would have made it possible to criminally charge women who terminate their pregnancies.

Bratton came forward to his wife about the abuse on May 15, according to a probable cause document. She called his co-pastors at 4 a.m. to organize a meeting, while Bratton contacted them later that day to say he had “sinned in grievous ways.”

“It was criminal,” said David Shiflet, pastor of the Grace Family Baptist Church in Conroe. “That’s when he came clean.”

The criminal investigation began on May 16 after Bratton allegedly confessed to three Southern Baptist clergy members that he abused the child. Two of Bratton’s co-pastors, Aaron Wright and Erin Frye, met with the Harris County Sheriff’s Office at their church on Bammel Westfield Road that same day, while Shiflet said he referred the complaint to the Department of Family Protective Services.

Bratton has been excommunicated and is no longer receiving a salary from the church, Wright said.

“This person’s life is in such a contradiction to the faith that we see no evidence that they are a Christian,” he continued.

Bratton worked at the Old River Baptist Church in Dayton from 2004 to 2007. He now lists himself as unemployed on his LinkedIn profile.

The pastors declined to talk about Bratton’s family other than to say he was no longer living with his wife and their seven children. Court records show an emergency protection order was granted in the case.

We are aware of the situation regarding Stephen Bratton and the charges that have been filed against him and of his arrest on June 14th.

Stephen Bratton confessed to Erin Frye and Aaron Wright, both pastors at the church, of sexually abusing a minor in an ongoing way for a number of years on May 16th.  This is the first time this had been brought to the attention of the pastors.

This activity is wrong according to Biblical and civil law and the church condemns the behavior as abhorrent.

The elders immediately filed a police report with Harris County Sheriff’s Office the same day, May 16th.  As the weeks followed the pastors continued to make contact with the detective because they desired the case to be brought forward so that justice would be served.   Once the case began we continued to cooperate fully throughout the investigation.

The elders have called upon Stephen Bratton to accept the full responsibility for his actions and to place himself at the mercy of the criminal justice system.

Stephen Bratton was also excommunicated by the church the following Sunday, May 19th. Therefore he is no longer a member of the church.

Currently we are working to meet the needs of the family and the victim.

We have deep grief for the victim and have sought to respect the privacy and identity of the victim throughout this process.