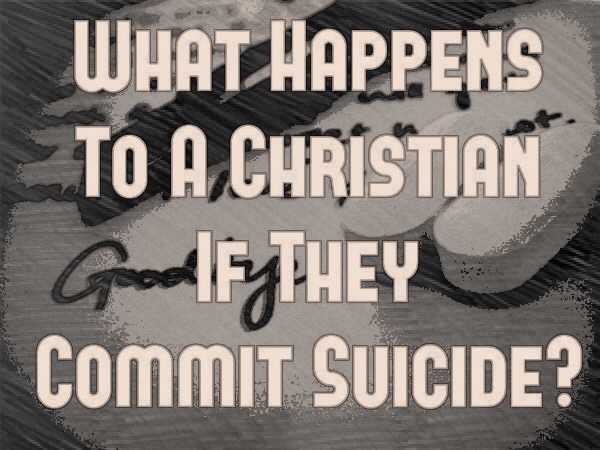 Suicidal thoughts are not self-generated but comes from an outside source. A person’s mind is equipped with self-preservation. Jesus said that Satan only comes to kill and to destroy.

Suicide is murder and shows no faith but hopelessness while a person with Christ, has hope. Through Christ, we will overcome any satanic attack because our strength comes from the Lord. A “Christian” who commits suicide never had the Holy Spirit living inside of him in the first place and has been defeated by the enemy, convincing him to commit self-murder. The Scripture is very clear on the issue, a person who has committed suicide shows that they are still from the world and are dead in their sins but those who are born again have overcome the world.

— SpaniardVIII, Spiritual Minefield, Can A Christian Commit Suicide And Go To Heaven?, September 17, 2019