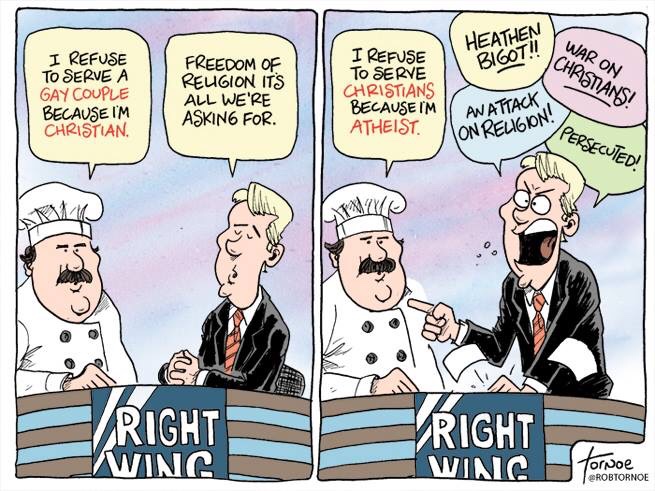 That true Christians will be despised, hated, attacked and persecuted is a given. [No, it is not a given, as I’m sure comments will show.]

And remember I started this article by speaking about “true Christians”. Fake Christians of course will know nothing about what is being discussed here. They will be getting along with the world just fine. So of course they will not experience persecution. As John R. Rice once put it, “The world never burned a casual Christian at the stake.”

Here I want to deal with the situation in the West. A few preliminary remarks: First, some will scoff when I and others speak of persecution in the West. Sure, we are not being tortured, beheaded and killed for our faith as is often the case overseas.

Not yet, at least. But when a person is forced out of his job because of his Christian beliefs, or heavily fined, or even incarcerated for periods of time, those types of suffering and hardship are very real indeed. I know some of these people, including those trying to feed their families but who have been unable to work for long periods of time because of their Christian beliefs.

From that sort of perspective, we find that genuine anti-Christian bigotry and persecution is not only happening in the West, but it has been ramping up for decades now. Things really are getting worse in this regard, and if we don’t wake up to what is happening, it may soon be too late for warnings like this to be penned.

For many years I and others have been trying to sound the alarm and alert people to the increasing persecution of Christians, often taking the form of the culture wars. As the culture around us becomes more and more ungodly, immoral and hostile to our faith, we can only expect to be respected less and less and vilified and harassed more and more.

Make no mistake, there still are some churches and denominations in the West today that DO have the full blessing and approval of the world. But they are apostate churches and church leaders. They are those who have long ago sold their birthright for the desire to be loved and accepted by the world.

They are the ones fully on the pro-abortion bandwagons, on the pro-homosexuality and trans bandwagons, and on the interfaith bandwagons. The world loves them because they have the same values and mindset as the world does. They are not counter-cultural as the true church of Jesus Christ will always be.