Bruce, What Were the Psychological Aspects of Your Loss of Faith? 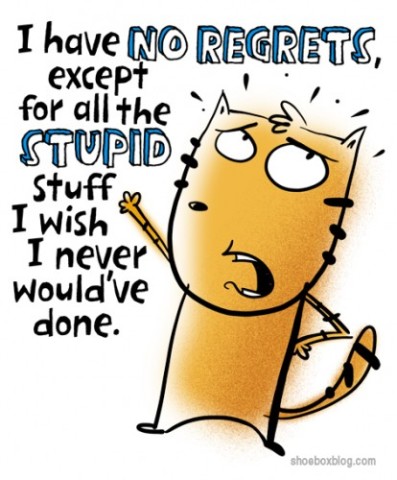 Recently, a friend of mine asked me about the psychological aspects of my loss of faith. He rightly noted that most of my writing about my deconversion focuses on the intellectual aspects of the process. I told him that talking about the psychological/emotional aspects of my life, both as a Christian and an atheist, gives my critics easy targets to attack. My story befuddles, aggravates, and confuses many Evangelical zealots. If they can find a flaw or weakness in me personally, it makes it that much easier to discredit me or dismiss my story out of hand. Over the past thirteen years, I have been savaged by Evangelical apologists who want nothing more than to deconstruct my life or dismantle my story. Talking about subjective psychological or emotional issues gives them ammunition to not only marginalize me, but also grind me under their Fundamentalist boot heels. That said, I know it is important for me to tell all of my story. If I truly want people to understand my journey from Evangelicalism to atheism, I must talk about the psychological aspects of my deconversion.

As I look back over my life, there are several things that stand out from a psychological/emotional perspective.

First, I struggled with why it seemed that God never materially blessed me. No matter how hard I worked, no matter how many days a week I labored in God’s vineyard, it never seemed that my pay was commensurate with my labor. My colleagues in the ministry all seemed to be doing better financially than I was, and all of them worked fewer hours than I did. Many of them seemed quite passive, rarely going out of their way to advance the kingdom of Christ. They, in my estimation, were placeholders. I, on the other hand, worked, worked, worked, pushed, pushed, pushed, rarely stopping to smell the roses. I sincerely believed the Hell was hot, souls were dying, and Jesus was coming back soon. These beliefs, and others, warped my view of the world. I thought, “better to burn out than rust out.” And so, year after year, I ran the race set before me, with little money to show for it.

It was not until the early 2000s that I realized that I was a lone sprinter, running as fast as I could to finish a race no one else was running. Everywhere I looked, I saw congregants and ministerial colleagues buying houses and land, driving nice cars, taking vacations, and funding their retirement accounts. I thought, “it’s evident God doesn’t reward voluntary poverty or simplicity, so I might as well enjoy the good life like everyone else is.” And so I fundamentally changed how I viewed money and material things. Instead of being the last in line when the church paid its bills, I insisted they pay me first. Polly went out and got a job, and bit by bit we crawled out the financial pit I had dug for us.

I learned that God didn’t care one way or another. Of course, the reason for this is that he didn’t exist. I was waiting for a “dead” Jesus to bless me, and that was never going to happen.

Second, in a similar vein, I struggled with why God seemed disinterested in healing me. My health began to decline in the mid-90s, and no matter what came my way physically, it seemed that God just wanted me to endure it. No matter how much or how long I prayed for healing, God was silent. Oh, I would convince myself that he was “helping” me, but deep down I knew that my prayers weren’t reaching the throne room of Heaven, and most likely were just bouncing off the ceiling.  As I looked at the suffering of other believers, I noticed that God seemed to be ignoring them too. I thought, “isn’t Jesus the Great Physician?” Why does it seem he is always on vacation?

These two issues deeply weighed on me emotionally. I was a committed, devoted, sold-out follower of Jesus, yet it seemed that God didn’t care one way or another. In fact, it seemed that the harder I worked, the worse things got economically and physically. Of course, the reason for this is that I was chasing an imaginary God. I was devoted to a being that did not exist.

While my deconversion was primarily fueled by my re-investigation of the claims of Christianity and the Bible, emotional struggles over money and health problems certainly played a part. It took seeing a secular counselor to help me understand how all these things were intertwined in my life. Untangling my life hasn’t been easy. The wounds left behind by the years I spent in the ministry run deep, affecting me psychologically to this day. In November 2008, I walked out the back door of the church, never to return. I knew that I was no longer a Christian. What I didn’t know is how to best live my life going forward.  As an Evangelical, I believed and practiced the JOY acronym:

As an atheist and a humanist, I came to understand that taking care of self had to come first; that I had to care for myself psychologically. I also learned that it is okay to enjoy life; that it is okay to spend money for no other reason than you want to; that it is okay to enjoy material things. Further, I learned that my family mattered to me more than anything. I thought they did when I was a Christian, but an honest accounting of my life revealed that Jesus, the ministry, church members, unsaved people, and just about everyone else came before my family. I regret spending much of my life more devoted to God and others than my wife and children. As an atheist, I now have my mind focused on the things and people who matter. I have learned that it is okay to tell people NO; that I don’t always have to help others; that I don’t have to always please others.

I have spent the past ten years re-making my life. Better? Worse? I will leave it to others to make such judgments. I do know that I am far happier today than I was as a pastor. I am not sure that this post will satisfy those looking for the psychological reasons I deconverted. I know I run the risk of having critics say that I left Christianity because I was bitter over my economic status and God’s indifference towards my health problems. Perhaps, but at the end of the day, the reason I am an atheist is that I no longer believed the central claims of Christianity were true. I may have been angry, bitter, jaded, or pissed off, but these alone were not enough to drive me from the household of faith.