The GOD IS LOVE Myth 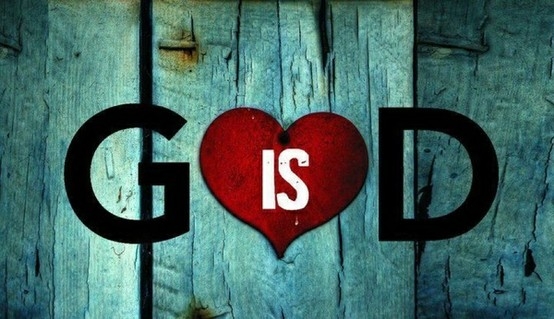 He that loveth not knoweth not God; for God is love.

This is the one verse most Christians hang their hat on. God is love. He is the embodiment of what love is. When pressed to explain exactly what this love is, most Christians will quote the most familiar verse in the Bible, John 3:16:

According to most Christians, God’s love for humanity is demonstrated by the atoning work of Jesus Christ on the cross. Jesus took upon himself all the sins of the human race — past, present, and future. Through Jesus’ death on the cross, human sin was atoned for, and if we put our faith and trust in Jesus as our Lord and Savior, our sins will be forgiven, we will be given a new life, and when we die, we will have a guaranteed room in Hotel Heaven.

Rarely do Christians take a hard look at the back story behind the belief that God’s love is demonstrated in the atoning work of Jesus Christ on the cross. Why do our sins need to be atoned for? How did humans become sinners? Who is responsible for humans becoming sinners?

According to orthodox Christian belief, God is the first cause of everything. He is the sovereign ruler of all. All orthodox sects believe, be they Arminian or Calvinist, that God is in control of everything — including the Coronavirus. There’s nothing that escapes his control. It is rightly posited that if there are things that God is not in control of then God ceases to be God.

Arminians believe that God created humans with free will. However, when pressed on whether humans have naked, autonomous free will, most Arminians will say no. Like the Calvinist, the Arminian believes that salvation is God’s choice of a sinner, not a sinner’s choice of God. No one is saved unless God saves them.

Divine grace that precedes human decision. It exists prior to and without reference to anything humans may have done. As humans are corrupted by the effects of sin, prevenient grace allows persons to engage their God-given free will to choose the salvation offered by God in Jesus Christ or to reject that salvific offer.

Calvinists and Arminians savage one another over free will, yet when it comes to salvation, both agree it is in the hands of God and no human, unaided by God, can be saved. Both agree:

For by grace are ye saved through faith; and that not of yourselves: it is the gift of God: not of works, lest any man should boast. (Ephesians 2:8.9)

So then, the love that God demonstrates to humans through the merit and work of Jesus Christ on the cross is needed by humans because God caused them or allowed them to be marred by sin. God made us sinners so we would need his love. Wouldn’t it have been better for all of us if God had not made us sinners?

When these kind of questions are asked, Christians often reply:

Thou wilt say then unto me, Why doth he yet find fault? For who hath resisted his will? Nay but, O man, who art thou that repliest against God? Shall the thing formed say to him that formed it, Why hast thou made me thus? (Romans 9:19,20)

Simply put, God is God, and you are not God, so shut the hell up. How dare you question God’s purpose and plan.

Several years ago, a commenter on another blog told me that the God of the New Testament is a more mature God or that perhaps our understanding of God has matured. I reminded this commenter that the Bible says:

Jesus Christ, the same yesterday, and to day, and for ever. (Hebrews 13:8)

Few Christians are even aware of this verse, and they can go a whole lifetime without ever hearing a pastor or a Sunday school teacher talk about it. According to this passage, when all of God’s enemies and death have been destroyed, Jesus, the Son, will be subject to God the Father. To be subject to someone means that the person you are subject to is superior to you in rank, power, and authority. If the Trinitarian God, the Great Three-in-One, are each equal with the other, why then is Jesus shown to be inferior to God the Father in the passage above?

Many Christians know that the Old Testament God is antithetical to the Christian message of God is love, so they focus on Jesus’ hypostatic union — fully man and fully God.

While a case can be made for the Jesus God in the New Testament being a huge improvement over the God of the Old Testament, how can the Jesus God be split from the Old Testament God and any sense of Christian orthodoxy retained? Wanting something to be so doesn’t make it so. Wanting to present to the world a kinder, gentler God is commendable, but it is theologically untenable.

Many Christians suggest the Old Testament God and the Jesus God of the New Testament are two sides of the same coin. Yes, God is love, but God is also a bad-ass that carries a Buford Pusser-sized stick that he uses to beat and kill all those who oppose him or get in his way.

This brings us to the book of Revelation. Whatever kind of God Jesus really was in the gospels is swept away, and Jesus, in perfect acting form, behaves like God the Father, the God of the Old Testament. Let me give readers a few examples.

In Revelation 5, we find Jesus, the Lamb, opening six seals on a book.

Revelation 5 ends with this statement:

And the kings of the earth, and the great men, and the rich men, and the chief captains, and the mighty men, and every bondman, and every free man, hid themselves in the dens and in the rocks of the mountains; and said to the mountains and rocks, Fall on us, and hide us from the face of him that sitteth on the throne, and from the wrath of the Lamb: for the great day of his wrath is come; and who shall be able to stand? 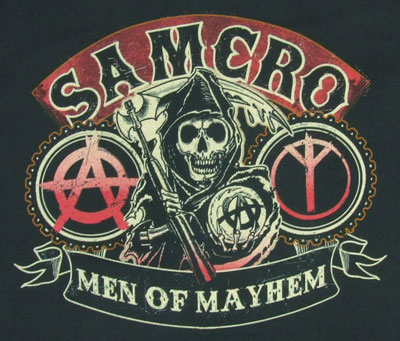 In the hit TV show Sons of Anarchy — a show about a California-based motorcycle gang — the Sons of Anarchy refer to death as being Mister Mayhem. When a member sheds blood in the interest of the club he is given a Men of Mayhem patch.

Speaking of Jesus, in Revelation 1:18, the Bible states:

I am he that liveth, and was dead; and, behold, I am alive for evermore, Amen; and have the keys of hell and of death.

Based on this verse and Revelation 5, Jesus, the supposed God of Love, is Mister Mayhem. While he may be on a temporary mayhem vacation, Mister Mayhem will return and go all Buford Pusser or Sons of Anarchy on those who are not Christians.

In Revelation 19 we see Jesus the Loving God returning to earth on a white horse to exact judgment on those who survived all the previous judgment he poured out on the earth. When Jesus is finished, no one will be left. All the Atheists, Agnostics, Humanists, Buddhists, Taoists, Muslims, Hindus, Gnostics, Animists, Homosexuals, Pagans, Democrats, Socialists, and St Louis Cardinal fans will be dead.

Praise be to Jesus, the God of Love, yes?

While I will certainly admit that God, as presented in the Bible, does love, it is a warped, self-serving conditional love. God says to humanity, believe the right things, live a certain way, and I will love you. If you fail to believe the right things and live a certain way, I will kill you, and judge you in this life and the life to come. (See Does God Love Us Unconditionally?)

How is this love? If any human acted towards someone as God does towards humans in the Bible, we would rightly conclude that he is an immoral psychopath. Decent, loving people do not treat fellow humans the way God treats those who don’t believe the right things or live a certain way. God even abuses and misuses those who say they love him and want to serve him. Why? Because he wants to chastise them, test them, or make them “stronger.”

God is Love is a myth that helps loving, kind, caring Christians reconcile the God of the Bible with how they think people should be treated. They are guilty of compartmentalizing God, ignoring any divine character trait that does not mesh with their view of God. While I understand WHY many Christians do this, such compartmentalization turns the Bible into an incoherent text that is little more than a poorly written horror story. This is why many of us decided that whatever God there may or may not be, the Christian God is not one we wanted to worship.

But, Bruce, I WANT to believe God is love . . . I NEED to believe God is love. Fine, that is your prerogative. Personally, I think progressive and liberal Christians do a wonderful work in the name of the God of Love. However, once a person appeals to the Bible, such a belief about God is impossible to rationally and theologically sustain. Just stay away from the Bible and all will be well.