Generations of Evangelicals have taken these verses and others to mean that the Christian God has given the earth and everything living upon it to them for their use; that they are to have dominion over the earth; that everything on earth is given to them by God for their use and benefit; that human need, want, and use comes before anything else. Don’t like this human-centric view of the world? Blame God, Evangelicals say.

Want to understand why millions of Evangelicals have zero concern over global climate change/warming, endangered species, or immoral capitalism? You can trace their indifference back to the belief that mankind is the ruler of planet earth and that they are free to use it any way they want. There are Evangelicals who have embraced a more nuanced view, believing that God gave the earth to us to be stewards over, and not to exploit it for our own needs, but for the most part, God’s chosen ones believe that the earth is theirs to use, abuse, and misuse.

Ask Evangelicals what will happen when this world is all used up and they will likely tell you that such a scenario will never happen or that God is planning to make a new Heaven and a New Earth, so there’s no need to worry.  2 Peter 3:10-13 says:

But the day of the Lord will come as a thief in the night; in the which the heavens shall pass away with a great noise, and the elements shall melt with fervent heat, the earth also and the works that are therein shall be burned up. Seeing then that all these things shall be dissolved, what manner of persons ought ye to be in all holy conversation and godliness, Looking for and hasting unto the coming of the day of God, wherein the heavens being on fire shall be dissolved, and the elements shall melt with fervent heat? Nevertheless we, according to his promise, look for new heavens and a new earth, wherein dwelleth righteousness.

See? Don’t sweat it. Someday, Jesus is going to return to earth and make all things new. Until then, consume, consume, consume! More than a few Evangelicals believe global warming is a myth, burning coal is okay, and there is plenty of oil in the ground to fuel the world’s ravenous crude-oil-driven economy. These same Evangelicals put a man in office who is the epitome of their humans-first, it-all-belongs-to-us, Praise-Jesus, worldview. Donald Trump and his cabinet see the earth as a resource to be raped and pillaged by Wall Street and hedge fund managers. Just look at what Trump and Co. have done to the EPA and other regulatory bodies. Left to their own devices, these cretins will return us to the early days of the Industrial Revolution. The problem, of course, is that the Industrial Revolution unleashed a ravenous monster that envisions earth’s resources as things to be used and exploited. Praise be to the Christian God who gave us these things, right? Where will this God be when wells run dry and the oceans are vast lifeless landfills? Where will this God be when global climate change causes coastal flooding and crop failures? Where will this God be when our air becomes toxic and gas pumps run dry? Look at how the earth is presently ravaged by war, violence, disease, famine, and drought.  Look at how the United States increasingly uses military intervention to maintain the American way of life. Listen to the rumblings of war all across the globe. Does anyone really think that the Christian God is going to take care of things; that as long as we believe in Jesus and the Republican God, all will be well?

Evangelicalism is not a harmless religion. Some of its beliefs have real-life implications. Believing that the earth is theirs to exploit, leads to all sorts of dangerous behaviors and government policies. Most Evangelicals are Republicans and call themselves conservatives. Are Evangelicals really conservatives? What exactly are they conserving besides their peculiar religious beliefs and the so-called American Dream? Mainline Christians, progressives, and other socially conscious Americans are the forces behind conserving our planet, not Evangelicals (with few exceptions). Where are the Evangelicals who think war is a bad idea? Where are the Evangelicals who put the environment and the future of the human race first? Where are the Evangelicals who think that life after birth is just as important as human zygotes? Everywhere I look, I see Evangelicals promoting violent, perverse American capitalism. Their churches are often mini-businesses operated just like corporations. These same Evangelicals, when faced with owning the bloodshed caused by their rabid support of the NRA and the gun lobby, blame everything but the means of violence (guns, ammunition) for the carnage and death played out daily in American schools and communities.

Contrary to what Evangelicals think the Bible says, the earth is not ours to use, misuse, and exploit. It is a finite resource that must be managed and cared for, lest we cause our own extinction. Frankly, it may be too late. We may have set things into motion that cannot be undone. That said, we don’t know this for certain, so we need to do all we can to combat global warming. We need to stop giving corporations the unrestrained right to exploit our planet. Most importantly, we need to turn out of office politicians who put the needs of their donors and corporations before the needs of the planet. Our future depends on us, in the present, doing the things necessary to ensure our survival. Believing the earth is big playground given to us by God will only hasten our demise. This is why Evangelical zealots must be driven out of office.

Bruce, are you saying Evangelicals should be banned from serving in government? Of course not. What I am saying is that their religious beliefs and theocratic tendencies must be checked at the door. People running for office should be asked about their religious beliefs. A candidate who believes the earth is 6,023 years old and was given to humans to do what they want with it is unfit for office. That such a person is currently the head of the EPA is almost beyond belief. A few days ago, I read a story about a new coal mine opening in Southeast Ohio. I thought, are you fucking kidding me? It’s 2018. No worries, Americans. This dirty coal will be shipped overseas. It won’t pollute our air! Sure, it won’t. Evidently, in the minds of coal lovers, the United States is a self-contained world, not affected by what happens outside of its borders. They are right as long as the wind doesn’t blow. Since the wind does, most assuredly, blow, Asian coal burning will affect the United States. (A good example of the drift effect is raised levels of radiation in the eastern Pacific after the Fukushima nuclear disaster.)

Many Evangelical beliefs are harmless. If they want to believe Jesus is a God who was born of a virgin, died, and came back to life three days later, I don’t care one way or the other. If they want to believe prayer changes things and the Bible is a God’s rule book, who cares? However, other beliefs of theirs cause real, material harm to our planet. We must not continue to let these beliefs infect our government and its agencies. The best way to keep their beliefs from causing harm is to keep them out of office. The only way to do that is to expose harmful beliefs and vote. Evangelicals are in the minority in the United States. Their undue influence on the political process and government policy will come to an end when voters use the ballot box to send them home (regardless of party affiliation). Religious beliefs belong in the church house, not the White House. Again, I am not suggesting that religious people be barred from office. Such thinking is unconstitutional and un-American.  That said, the United States is a secular country, and we expect our leaders to put the people before anything else, including God and church. 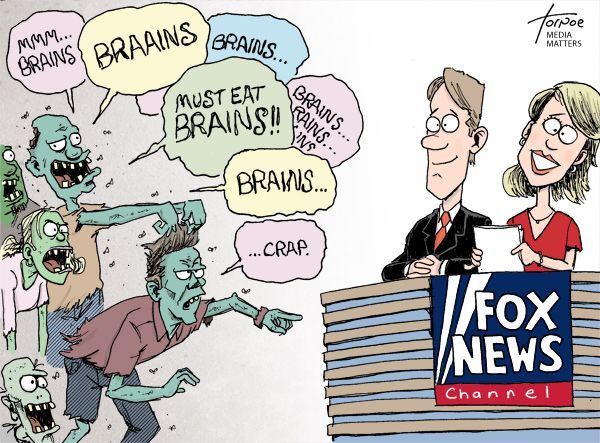 Ever since the Internet was given away to ICANN by Barack Obama (basically in the hands of the U.N.) I have noticed that when I do a search using Safari, Google, and many other widely used search engines; I invariably land on the MOST left leaning websites. You too? Well, I found some information today that will make many Conservatives very happy.

No, it’s not duckduckgo.com or any of the “new and improved” search engines. What I found is this: 4Conservative.com Just go to the site and put in your search criteria. You will be amazed!

Today I went to 4Conservative.com and typed in “Israel, Temple Mount” Here are some of the top websites my search revealed:

Even though Right Wing News is an opinion site these days, I do still surf the web for news and to find material to write about. Some websites I read for columnists, others I peruse to see what particular bloggers have to say, but when I’m looking for news, here are the websites I check out in order.

15) Twitchy: Michelle Malkin’s Twitter based news site.
14) Doug Ross: Larwyn’s Linx is great.
13) Weasel Zippers: Not as much volume as other places, but quality work.
12) Free Republic: Better known for commenting than news, but still good.
11) Bad Blue: Outstanding Twitter based news
10) The Right Scoop: Videos, links, and heavily updated.
9) Daily Caller: The place to go for original conservative reporting.
8) Lucianne: Old reliable. When I have trouble finding something good, I go here.
7) Gateway Pundit: It’s unbelievable to me that any one person can be this on top of things.
6) Breitbart: The combined Breitbart collective is AMAZING for links and journalism.
5) Instapundit: Glenn Reynolds has been the best known linker in the blogosphere for more than a decade.
4) The Blaze: Beck’s news machine is already a must read.
3) Memorandum: What people are talking about right now on both sides of the blogosphere. (Not conservative per se, but still good)
2) Hot Air: Frequently updated headlines, plus the latest news stories.
1) The Drudge Report: Whatever Drudge links becomes what everyone is talking about.

Brethren, I hope that this helped someone out there. I know I’m so tired of rooting through the liberal rag sites to get to solid Conservative news sources!

— Geri Ungurean, Absolute Truth from the Word of God: Jesus Has Every Answer, Tired Of Landing On Liberal Websites? Have I Got A Search Engine For You!, July 28, 2017