The Homophobic Hysteria of Tim Wildmon and the American Family Association 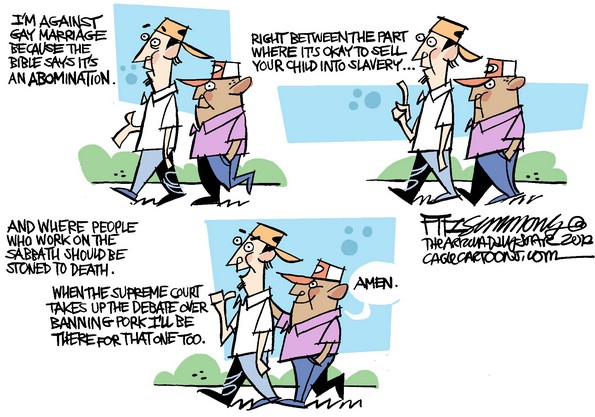 Think for a moment about the history of the United States. Make a list of the Top Ten events in our history. My list would include:

This reflects the period of history I grew up in. I could easily expand this list to a Top 25 list, and add events like The Great Depression, a black man being elected President, the various economic bubbles and collapses that have plagued our capitalistic system of economics, race riots, or the Cold War. Those of us who know the history of our Republic have no problem coming up with a long list of historic events, many of which altered our nation forever.

Tim Wildmon and the American Family Association think none of the above events are more important than the upcoming U.S. Supreme Court decision same-sex marriage. The Court will begin hearing arguments tomorrow and will likely render a decision sometime in June. Many of us are hopeful that the Court will rule in favor of same-sex marriage, invalidating every state marriage law that treats homosexuals as second-class citizens. It seems that the Court is leaning in that direction.

Here’s what Wildmon had to say in an action alert released today:

Tomorrow, April 28, the Supreme Court will hear oral arguments for and against redefining marriage in America. The very institution of God’s design for marriage as only between one man and one woman is on trial.

As hard as it is to believe, nine people will decide if our nation will honor God and obey Him, or turn its back on the most fundamental building block of society and on God himself.

This will be the most important decision in the history of America.

I’m urging you to do just one thing…Pray.

Here is a link to four prayers to help your prayer time.

Please, for the sake of our nation, Pray.

Let Wildmon’s words sink in, “This will be the most important decision in the history of America.” While I think the issue of same-sex marriage is very important and a step towards the United States becoming a fairer and more just society, if the Court rules against same-sex marriage, it’s not the end of the world. Yes, it will hurt gay friends of mine, many of whom are married. While they will be crushed over the decision, their lives will go on. The decision will let us know that we still have a lot of work to do to ensure fairness and justice for all. But, for Wildmon and other Evangelicals like him? This is the final curtain call for conservative/Evangelical/fundamentalist Christianity. This will mean that the millions of prayers uttered by anti-gay Christians to their anti-gay God will have failed. This will mean that what people like them think and believe about morality doesn’t matter, not that it should have ever mattered. If they are not uttering it now, they will afterwards: we are living in a post-Christian nation.

Even so come quickly Lord Secularism. 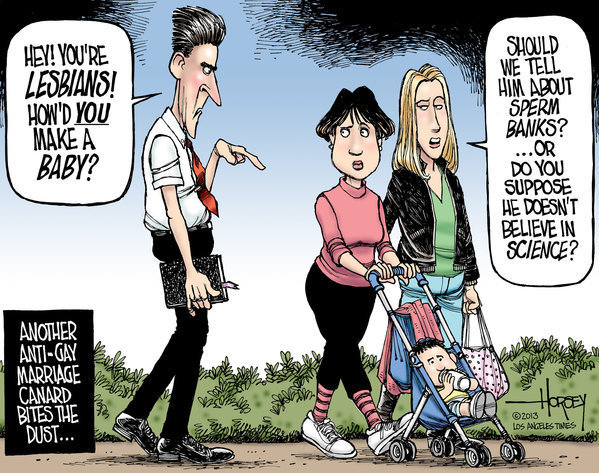