Yes Virginia, Some Christians are Crazy 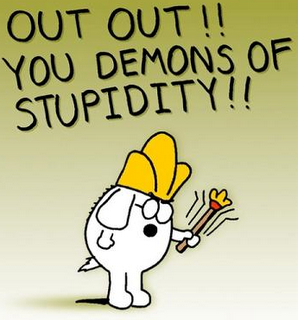 Every once in a while, I read something that reminds me that there are Christians who believe things that in any other context would get them placed in a straight jacket and thrown into a padded room.

Croft is known worldwide for his unique ability to share profound biblical truths in a simple and interesting way that encourages people to incorporate the truths into their everyday lives. One of his primary delights is to train and liberate laymen into fulltime ministry. There are at least 40 ministries functioning globally that came up under his tutelage.

Jim has ministered in more than 40 nations. His books and articles have been translated into Spanish, German, Portuguese, French, Turkish, Arabic, Hebrew, Armenian, Farsi and Swahili. He has written 13 books. The most recent are: The Muslim Masquerade; Faith’s Decision For The Abundant Life; Heaven on the Links; Charismatic Superstitions and Misconceptions; Dysfunctional Doctrines of the Hyper-Religious; The Heritage Factor; Miracle of Miracles; Bless the Chosen; and Invisible Enemies: How to recognize and defeat demons.

Croft is considered by many to be a foremost authority on Islamic Issues. He ghostwrites books and newsletters for several international ministries specializing in ministry to Muslims. Each week Jim’s Bible studies are translated into the various languages of the Middle East for distribution among secret house churches in closed Islamic nations.

Jim founded Good News Church in Ft. Lauderdale, FL. It was the home church of Derek Prince. Jim serves as a pastor of pastors and on a number of ministry boards including that of Derek Prince Ministries. He currently pastors a network of house churches and is the senior pastor of Gold Coast Christian Church of Boca Raton, FL.

Croft says this about himself on his Facebook page:

I have authored 13 books. Invisible Enemies: How to recognize and defeat demons is the most recent . It’s a great read for those who have ongoing unresolved issues and those who have inlaws whom they suspect might be hosting uninvited passengers. I also ghostwirte books and articles for varius ministries. My emphasis of life is to be naturally supernatural. (spelling errors in the original)

God is not boring! Christianity is not a religion designed to revolve around man-made rules. Redemption through faith in Christ paves the way for people to enjoy God; their relationships with His people; and to become the type of people whom God enjoys. Therefore, it is our conviction that all of life is spiritual. God enjoys His people when they are involved in their vocations, recreations and families as much as He does as when they are engaged in religious activities. Every aspect of life can be enhanced through one’s spirituality. Proof of one’s devotion to God is not determined by interjections of religious language into every conversation 24/7. We believe that God’s purposes are best served when people take the relaxed stand of becoming naturally supernatural. Our leaders teach our folks to minister salvation and the gifts of the Holy Spirit to the unconverted in an unobtrusive manner during the routine events of everyday life. By the leading of the Lord, hearing someone in a store checkout line saying they feel ill can turn into a spontaneous healing event. It can be accomplished without the fanfare of a revivalist’s campaign. If you are looking for biblical Christianity without the religious hype, we could be a safe haven for you.

With this biographical background information in mind, here’s an excerpt from an article Jim Croft  wrote for CHARISMA. The title of the article is When Demons Attack Your Children With Sickness. Croft is an older man, so the story he tells about his daughters took place decades ago. Here’s what he had to say:

Our two oldest daughters, Kari and Sharon, were born with serious asthmatic conditions. Regular medical treatments kept them functional. Then, shortly after I became a Christian, Prudence and I prayed for the Lord to heal them. We thank God that He erased every symptom from their lives.

The situation with our third daughter, Holly, was quite different. She was saved and filled with the Holy Spirit at an early age. Nonetheless, her health history and certain aspects of her behavior puzzled us. None of the symptoms she exhibited was alleviated until she received deliverance ministry at the age of 5.

Holly had a stubborn streak that was uncharacteristic of her siblings. In the area of health, she did not respond to prayers for healing in the same way as her older sisters. For instance, all of the girls would catch the sniffles and we would pray for them simultaneously. Invariably, Kari and Sharon would be completely healed within several hours of our prayer—or they would recover fully within a day or two at most. But that was never the case with Holly. Her condition always seemed to worsen…

…Prudence and I grew weary from concern, sleepless nights and enormous medical bills. Above all, we were both disappointed by the fruitlessness of our prayers for her healing. And we were mystified that our every attempt to help her cultivate a more agreeable attitude failed.

One evening, Prudence came to me full of optimism. She told me that while she had been praying about Holly’s condition, the Lord had given her a spiritual revelation. He had reminded Prudence of several pertinent facts. Holly had been born under traumatic circumstances. First, she was more than a month premature. After her birth, she was hospitalized with a life-threatening respiratory ailment. In addition, after the delivery, Prudence had approached death’s door due to massive hemorrhaging.

As she shared all this with me, Prudence beamed with confidence. She was certain she had heard from the Lord.

“Jim, God gave me a vision of demons of infirmity and death entering Holly during her birth. The reason she doesn’t respond when we anoint her with oil and pray is because we are dealing with evil spirits, not routine sicknesses. We must take authority over them and cast them out in the name of Jesus.”

As Prudence spoke, something like inner agreement clicked within my spirit. I knew that what she was saying was absolutely on-target. We were very familiar with seeing people liberated from evil spirits, and I was filled with hope sensing that we were on the brink of a breakthrough for our child. Prudence and I both agreed that the best approach was immediate action. So we asked Holly to sit down with us in the living room for a talk.

As we all sat on the couch together, I explained to her as best I could what we were going to do. “Honey,” I said gently, “God has shown Mommy that there are some naughty spirits inside of you that make you sick all of the time. Daddy is going to tell them to come out of you in Jesus’ name.”

Holly looked a little unsure. Prudence slipped her arm around Holly’s waist, and I continued to explain.

“I’m going to speak very firmly to those nasty spirits while I’m looking at you, and I’m going to tell them to come out. It may sound as though I’m angry, but I’m not mad at you. We know you want to be a healthy and good girl. I am mad at the devil and the mean spirits that make you sick.”

Holly nodded at this point, seeming to understand, so I went on.

“I want you to look straight at me. When I tell the spirits to leave, you just open your mouth a little bit and breathe them out through your mouth.”

At that, Holly again looked puzzled. I thought to remind her of her experience of being baptized with the Holy Spirit. “Holly, do you remember how you breathed in the good Holy Spirit?” She nodded. “Well, after I tell the bad spirits to come out of you, I want you to huff and puff them out so the good Holy Spirit will have more room.”

What happened next was astonishing. As soon as I commanded the demons of death and infirmity to come out of my daughter, she gagged as though something were lodged in her throat.

Her tiny frame shook convulsively. Her face went ashen white, and her eyes rolled back into her head with only the whites showing. She then collapsed on the couch as though dead. In fact, she actually looked like a little corpse. But rather than panicking in concern at her appearance, I picked her up and began to laugh and sing and thank the Lord. I knew the troubling entities were gone.

Suddenly, Holly opened her eyes and smiled shyly up at me. She looked different. Her face was bright and her eyes were clear. Prudence and I knew in that moment that Holly was free from the chronic sicknesses and demonic forces that had attempted to snatch her life… 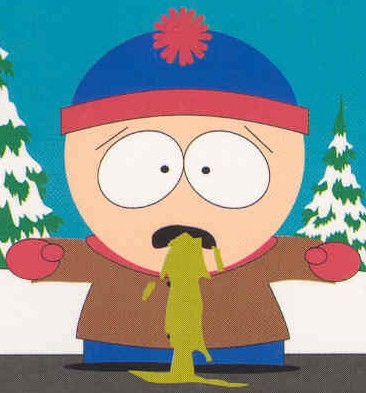