Another Christian Who Doesn’t Get It 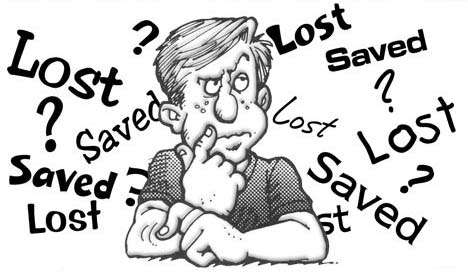 Deon Nel43, a devout, I-know-I am-right, filled with the Holy Ghost Christian, left a comment meant to show the deluded readers of this blog the error of their way. What follows is Deon Nel43’s comment and my response. My words are emboldened and italicized.

It is sad to notice that when people on this site describe their past conversion, it ends up to be something like:

I don’t know of anyone who describes their conversion this way. The things listed by Deon Nel43 are what we would have called the fruit of faith, the evidence that we had been converted.

Bruce’s testimony of his past Christian experience sounds much the same and is also a bit confusing.

In one post he says that his past experiences was ‘REAL’ yet he turned his back on it??? Figure that one out. Maybe he should say that he was sincere.

My experiences were real because I physically, emotionally, mentally, and intellectually experienced them. These experiences are what we call life. I lived it and I know what I experienced. Is Deon Nel43 suggesting I had some sort of out-of-body experience?

And I was sincere too. Deon Nel43 wants to paint me as someone who was sincere but lost; someone who intellectually knew the “facts” but didn’t spiritually possess them. The only problem with this argument is that it is not true. This is just Deon Nel43’s way of dismissing a story (mine) that he can’t explain within the context of his version of Christianity.

That I can understand but how can something be real and then discarded like a dirty rag? Contradiction of words used. Unfortunately, the conversions described on this blog are not the conversions spoken of in scripture.

Who discarded Christianity like a dirty rag? I didn’t. It took several years before I was willing to say I was no longer a Christian. I agonized over this, and it was, by far, the hardest decision I ever made in my life.

It took a lot more soul-searching to get unsaved than it ever took to get saved. People like Deon Nel43 have never walked the path of deconversion so they have no idea how difficult it is to come to a place where you are willing to walk away from all that you considered precious and true.

conversion has always been:

Memo to Deon Nel43: When I was a Christian I wholeheartedly, without reservation believed every one of your six points of conversion. Not only did I believe them, I preached them to others.

Of course, I know how Deon Nel43 will respond to this…I didn’t REALLY believe these things, because if I had I would still be a Christian.

Bible conversion therefore takes place when one had the above mentioned revelation, then turns from serving himself and gives himself fully to the Lord never to turn back (true repentance). God will then fill him with His Spirit as He promised. When His Spirit enters that person, a change takes place. This change is describe in the bible as ‘being born from ABOVE’ and ‘conversion’. Conversion is the same as transformation and metamorphosis e.g. a worm that transforms into a butterfly.

How can one be transformed and not know it? How can one have a revelation of one’s sinfulness, of God’s love and righteousness, of Jesus Himself and having His Spirit abiding inside one and still be totally unaware of it? How can one turn from darkness to light and see no difference?

I agree with Deon Nel43. I knew I was a blood-bought child of the living God. I knew the Holy Spirit lived inside me.  And many of the people who read this blog would say the same.  We were there when Jesus saved us. We were there when Jesus transformed our lives. Our attitudes and desires were for the things of God. We were, as the Bible says,  reborn from above.

The answer is plain.The conversion experienced does not come from above but is earthly, sensual and demonic and should be repented of, rejected, and cast away…

Here is what is plain for all to see. Neon Del43 thinks his interpretation of the Bible is truth and that his experience is normative. Anyone who does not believe as he believes is not a Christian. Simply put, Neon Del43 is the template for all those who want to be Christian and go to God’s Motel 6 when they die.

The real issue here is that Deon Nel43 doesn’t know what to do with the former Christians on this site. His theology tells him a true follower of Jesus can’t fall from grace, yet here we are.  Rather than recognizing his theology might be wrong, he insists that people such as myself “never were saved,” He ignores the fact that a persuasive case can be made for the Bible teaching that Christians can, in fact, lose their salvation.

Deon Nel43 is just another example of a Christian who doesn’t get it. Many have come before him and I am sure many more will follow.