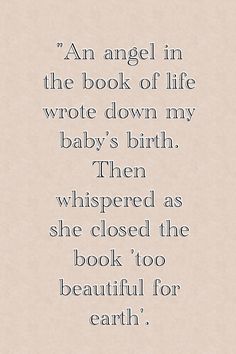 Excerpt from Alternet article by Priscilla Blossom titled My Child Is Not in Heaven: Your Religion Only Makes My Grief Harder:

My daughter was born three years ago. I went into pre-term labor at 22 weeks gestation, and try as they might, the doctors could not keep her here with us. Her short life, just eight hours long, has marked my life and my husband’s life deeply. Margaret Hope (or Maggie, as we refer to her) continues to exist with us in her own way, but this persistence has absolutely nothing to do with god or Jesus or angels or any other specific afterworld. This is what works for us as parents. It’s what works for about two percent of the U.S. population who currently identify as atheists, and for about 20 percent who are agnostic or unaffiliated with any particular set of beliefs.

Being an atheist in a believer’s world can be difficult at times, especially when some of the more fervently religious are close family or friends. It’s even more daunting when faced with grief and death. Christians believe that when we die, we either go to heaven or hell. Many, of course, believe babies go to heaven because they are, well, babies. When our daughter died, my husband requested to have our baby baptized, fearing in some way for her soul, a remnant of his Catholic upbringing. There was no time for a traditional baptism while she was alive but her NICU doctor performed the rite for her while we held her in our arms for the first time, our tiny, frail, lifeless daughter whose eyes never even got a chance to see. It felt bizarre to me, but I allowed it because my husband was suffering and it seemed to bring him some comfort. Later, as reality hit harder, he would lose all faith as I had done…

…Those around us did their best to offer words of comfort, but after a while, I became tired and even resentful of the comments about my daughter needing to go be with Jesus. Worse still, I isolated myself so I wouldn’t need to hear their “comforting” words because all they did was make me feel worse. Like so many other non-believers, I cannot wrap my head around the idea that there is some supreme being that allows these sorts of things to happen, commands them to happen. Being a bereaved parent is hard enough, but being one when you don’t believe in god is something else altogether…

…Agnostics and atheists understand why people have faith. We understand it brings them comfort. At times, I wish I could believe that my daughter is watching over me right now while enjoying a beautiful and eternal afterlife. But that’s just not what I believe. Instead, I imagine her in all sorts of places. Maybe her energy shot out into the stars. Perhaps some molecule of her is dancing around on Jupiter. Other times, I think about much of her remaining in my heart, as science tells us part of every child’s DNA remains forever with her mother, a fact that does bring me great peace.

Maggie’s physical remains are in a plastic, white box, swaddled in her hospital baby blanket, and placed inside my bedroom closet, still waiting for the day I am willing to part with them. I really don’t know what happened to her soul, if such things even exist. And while it may comfort you to say to me that my daughter is in heaven, it does absolutely nothing for me or for the countless others who don’t subscribe to your brand of faith — and that is okay.

You can read the entire article here. Priscilla Blossom’s blog can be found here.