Looking at the Bible — Storywise 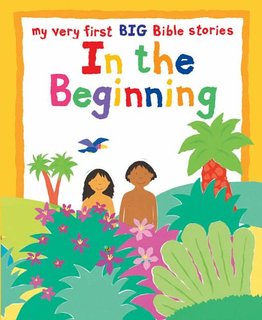 One way of looking at the Bible is to determine who wrote what, when, and where. This way one can place Bible books into historical context and/or genre. When the topic is the origins of the Bible, this is often what is done. In this post, I want to look at the Bible in a different way. One man’s religion is another man’s myth, and so it is with the Bible. In the end, these are stories. That’s what can be compelling and what reels you in, in the first place.

People make stories. When written stories aren’t part of a culture (yet), poems, tales and songs are. Storytelling is part of being human and like fairy tales, myths and religions do just that: tell us stories with usually some sort of moral to them. Many stories have similarities. It is as if humankind enjoys and likes the same kind of themes: stories of chosen people, redemption-stories, stories of unlikely heroes. They all exist in great measure. We remember our own lives in a narrative, and history becomes much more interesting when told in a narrative as well. The same goes for the Bible.

When you think about interesting characters and what makes them compelling, they can be eerily similar to one another. Orphans are a big theme in storytelling — think of Annie, Oliver Twist, or Harry Potter — but Moses is also portrayed as an orphan. Miraculous births did not just happen to Jesus, Isaac or Samuel, but also to Horus and Mars. Both Norse and Navajo mythology have stories about women becoming pregnant by water or rivers.

One of the things I like most about Jesus is that he was the underdog — not of high birth, just a simple carpenter’s son; although, of course, he wasn’t simply the carpenter’s son. The same goes for King David or Jesus’ disciples — ordinary, normal people becoming great over the course of their lives. This is called the Hero’s Journey and is an often used in narratives. It’s easy to identify with the underdog and root for him. If a character is already rich and powerful, what would be the aims?*

Overcoming great adversity is another important aspect of many stories. I’ve recently started watching Game of Thrones (I’m very late to the party) and without spoiling too much, at one point a character can walk into a fire and come out unscathed. Sounds like Daniel’s three friends, doesn’t it? Stories of winning battles with far fewer soldiers make for great tales too, and it doesn’t matter if the character is Gideon or someone else.

We all know that history is written by the victors. So it is with the Bible. Is it any wonder the people of Israel are the good guys in their own story? Or that the Christians are the underdog, and the good guys, in the New Testament? Of course it isn’t. It is written for them and by them. When you look at the Bible in that way, it makes much more sense. God stands on the side of his people and we’re not supposed to care about the deaths He causes. They’re the bad guys! We don’t root for them anyway.

This brings me to my final point. Whenever a disaster occurs, the Fundamentalist Evangelical leaders are quick to blame gay people and/or abortion for it. Surely God must be angry about something and therefore punish us. Because of this explanation the world (and God) can still remain just. If bad things happen to good people and the other way around, then our sense of justice screams out. I believe this is why and how disasters are described in the Bible. A disaster does not begin with an angry God who is punishing people. It is about bad things happening to people out of the blue, leaving the survivors grasping at explanations. How could so and so have drowned? How could this family have died and the other one stayed alive? There must be some sort of reason for all of this…. Cue God and his punishments.

It’s about making sense of things and about building a story where the world is and remains an understandable and just place. If we lose a war, it must be that God is angry at us, or that the other gods are somehow stronger. If God sends a storm, someone on board must be evil. Let’s see who it is…. Ah, Jonah! This is also why Satan sometimes seems very strong and sometimes not. Jesus has won, yet at the same time the Devil does do loads of evil things. It depends on the story. If something bad happens and has to be explained: Satan and his demons. If the good guys win: Jesus has made it so.

It is interesting that the Bible itself does not entirely support this view though. Jesus himself says about the blind man that it wasn’t his fault nor his parents.’ The OT states that God does give good and bad things to good and bad people. So even the people who wrote the Bible occasionally acknowledged that life isn’t that black and white nor that easily explained, nor very fair. Because if disasters are God’s punishments, why do they happen to good people sometimes? And why don’t they happen to people who are clearly bad and continue to have happy lives? Here’s where the afterlife can come in and fix everything. As in the story of Lazarus and the rich man — if justice isn’t done in this life, it will happen in the next.

Stories are a way to escape the dreariness of life. Stories may tell about history or give examples of good and bad behavior in a playful way. They can also be a means to explaining the world. Religions do precisely the same. They attempt to explain the world and in doing so, they can give us a sense that the world should be just, or is just. This is where gods, angels and demons as well as the afterlife come into play. It is about attempting to explain an unjust world, the cruelties of life, and giving some hope in hinting to a better afterlife, as well as a hell for your enemies.

When I look at the Bible as a collection of history, songs, and stories, I can enjoy it the way I can Greek or Roman mythology — stories about great heroes or traitors mixed with ideas about the afterlife and advice about the current one. It’s about people recording their history and embellishing it with their thoughts about their life, their God, and their enemies. I no longer have to see it as the one and only truth, as a guide for my own life; I can simply see it as an interesting read instead.

* Though there are plenty of opportunities there as well: Moses disregarded his wealthy and powerful Egyptian heritage in favor of his true one, which made him the underdog once more.