Religion, Death, and the Afterlife: The Death of Kade Moes 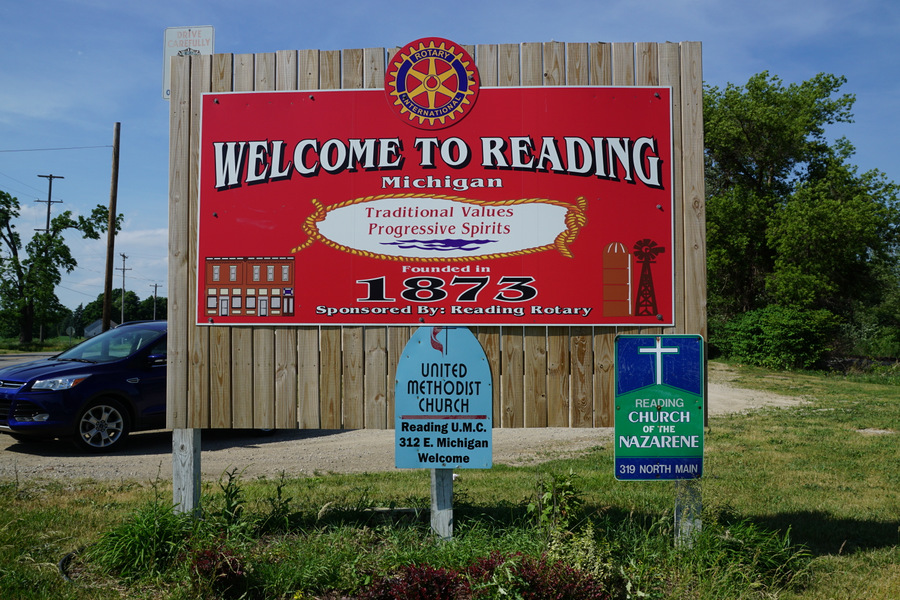 As many of you know, Polly and I travel the highways and byways of Northwest Ohio, Northeast Indiana, and Southeast Michigan looking for photography opportunities. I have developed an interest in how we as Americans — particularly Midwesterners — memorialize life and death.  Of special interest is the various means religious people use to remember the dead. This interest might seem odd for someone who is an atheist, but I am attracted to roadside memorials and cemeteries. From time to time, I plan to share a few of the photographs I’ve shot while stalking death.

In June, Polly and I found ourselves in Reading, Michigan — a town of 1,100 people. On March 29, 2016, 16-year-old Kade Moes, a junior at the local high school,  was killed in an automobile accident after he drove off the road and hit a metal railroad crossing pole. After the accident, an impromptu roadside memorial was put up at the site of the fatal crash. The cross with Kade’s name has the word Katastrophe. Kade was a Mixed Martial Arts (MMA) fighter and his nickname was Katastrophe. Kade fought in the flyweight division, sporting a 4-0 record at the time of his death. 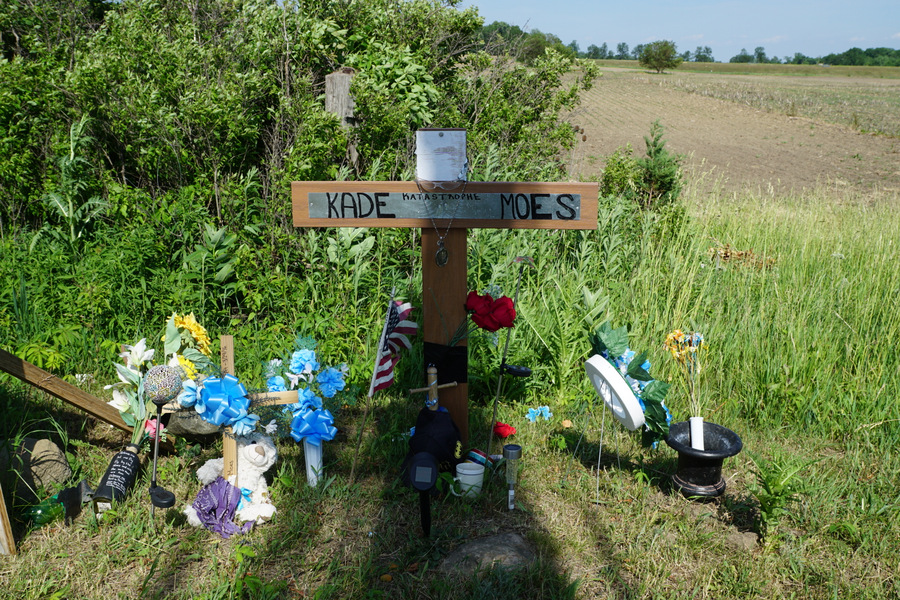 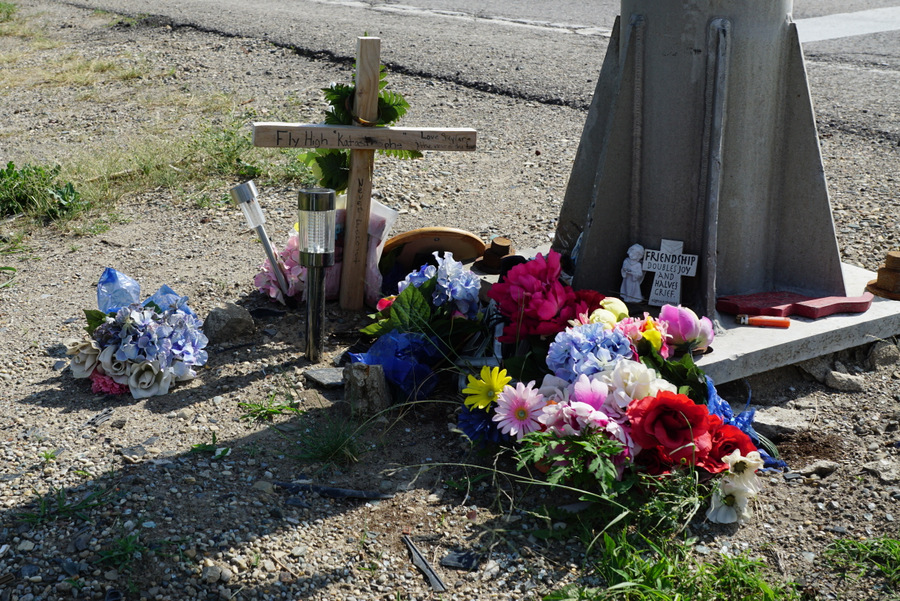