Quote of the Day: God is My Bus Driver 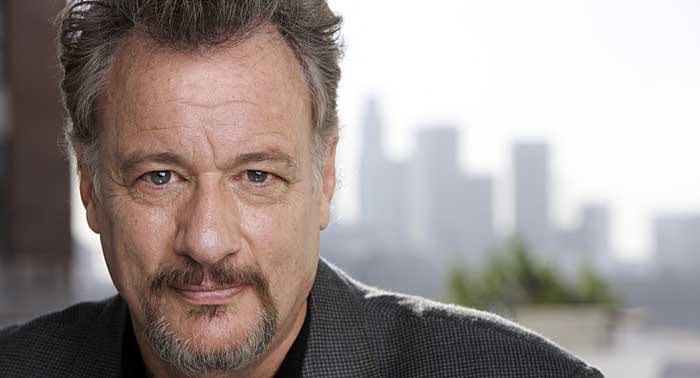 Now, let’s jump from my impressionable years to just a few years ago. I was touring the country in a show about the Scopes Monkey Trial. Ed Asner was playing William Jennings Bryan and I played Clarence Darrow.

This was not Inherent the Wind. This was the actual 1925 trial transcript arguing the teaching of evolution in the public schools—an argument, I’m sorry to say, that’s still raging today for all the wrong reasons.

We were on the college circuit, but performances were open to the general public. During our month of touring, we were picketed, yelled at, and booed—most of the time before the show even started. At one of the universities, I was finishing up a Q&A for a group of 100 or so students when the teacher said he’d seen the play the night before and highly recommended it.

Then, with a wink in my direction, he turned and asked the class, “With a show of hands, how many of you believe the earth was created on October 22, 4004 BC?” Seventy-five students raised their hands. I was stunned. Speechless. My head dropped as I silently bore witness to the death of knowledge, the death of curiosity—wiped out in an instant by some religious nonsense—yet these college students believed it. And they were secure in their belief, you could even say smug considering the enthusiasm with which their hands shot up into the air, affirming: “I believe.”

In the green room that evening I told the cast about my experience. There was a young theater “groupie” hanging around, and I asked her if she would have raised her hand like the others.

“Why? In light of everything we know today, why?”

“Because I believe God is my bus driver.”

“That I can sit at the back of the bus and party-hearty because God is driving my bus. And if the Bible says 4004 BC, who am I to disagree?”

“But that doesn’t make sense, you idiot. Next, you’re going to tell me that you believe vaccines give you autism; or that Obama is a Muslim; or that not having healthcare makes you free; or that AIDS is a punishment for being gay; or that Sandy Hook was staged.”

Of course, I didn’t say any of this. I just looked on in despair and half-heartedly asked her if God required exact change to get on the bus. She didn’t get the joke.

“God is my bus driver” precludes any and all critical thinking. It exposes this young woman to a lifetime of nonsense both benign and dangerous. It typifies the mindset of a segment of our population who can’t tell the difference between truth and fiction because they’ve wasted their formative years focusing on whether Adam wore flip-flops or walked barefoot in the garden—with his dinosaur.

The willingness of these twenty-first-century college students to believe the calculations of a seventeenth-century prelate, in spite of indisputable evidence to the contrary, is astounding. And because they’ve gone down this path, these young people are entering a world woefully unprepared for the challenges they’ll encounter. They will look at a hillside and see, perhaps nothing—certainly not iron ore. In their youth, they’ve not been encouraged to understand the world they live in, but rather have been directed to explore an imaginary world. They will enter adulthood with neither the disposition nor the skill to untangle complex, earthly problems. Healthcare, global warming—too complicated. Same-sex marriage, bathrooms—perfect.

— John de Lancie, The Humanist, Inspiration, Sci-Fi, and the Importance of Driving Your Own Bus, November/December 2016