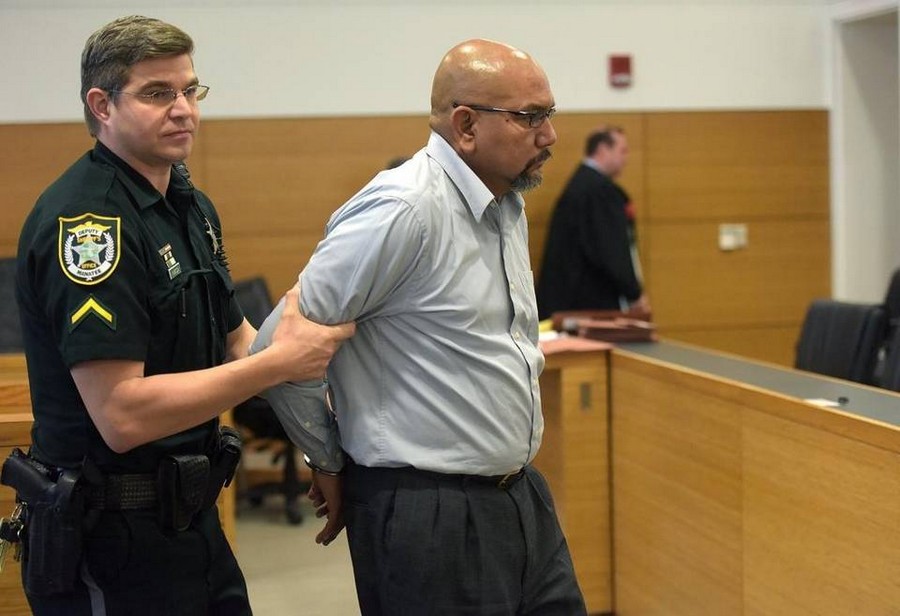 Juan Gomez, former pastor of Iglesia De Dios (Church of God) in Wimauma, Florida, was convicted today of “sexual battery upon a minor between the ages of 12 and 18 and unlawful sexual activity with a minor.” The Bradenton Herald reports:

A former Wimauma pastor has been found guilty in the 2015 sexual battery of a 17-year-old boy during a hunting trip.

Juan Gomez, 53, was convicted by a jury Thursday afternoon of sexual battery upon a minor between the ages of 12 and 18 and unlawful sexual activity with a minor. The jurors deliberated for just under an hour at the conclusion of a four-day trial.

Gomez, who is facing up to life in prison, will be sentenced on June 16.

The victim was very thankful on Thursday after the verdict was read, according to Assistant State Attorney Brian Chambers.
“The biggest fear that these victims have is that they won’t be believed, and to be believed by this community, for the jury to recognize the heinous act committed upon him while the defendant was entrusted with his care, makes that courageous act of coming forward worthwhile,” Chambers said afterward.

The incident was not isolated, however. The jury heard from another victim who said he was first sexually battered by Gomez in 1990 at a church camp in another county in Florida, and later again during a college visit in Tennessee in 1994.

“He waited for 25 years for justice of that,” Chambers said. “This case is a highlight for what happens, because he wasn’t listened to 25 years ago it only allowed the perpetrator to have another day and another victim.”