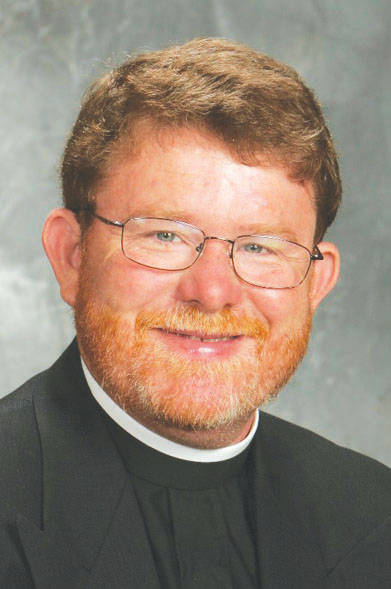 The pastor at St. James Lutheran Church in Northrop has been charged with possessing child pornography, a felony.

Robert Cairl Trueblood, 56, of Fairmont is charged with possession of pornographic material on a work computer, which carries a maximum penalty of five years in prison and a $5,000 fine.

According to the complaint:

On March 7, the Minnesota Bureau of Criminal Apprehension received a tip from the company Chatstep. According to company representatives, a user identified as “PervyPastor” accessed a chat room through the service and uploaded a photographic image identified to be consistent with child pornography. Chatstep provided information about the user’s IP address, and indicated the incident occurred on March 7, at about 4:14 p.m.

The Bureau received information from Frontier Communications in response to a subpoena that indicated the IP address was assigned to a subscriber identified as St. James Lutheran Church and School in Northrop.

The agent accessed the website for the church and school and located the staff directory. Given the name utilized by the reported user as “PervyPastor,” the agent identified Reverend Robert C. Trueblood as the school’s superintendent. The agent noted that all other staff consisted of females.

The Bureau received information from Chatstep that indicated the identified user of “PervyPastor” had accessed the chat room in question at various times on March 6-7, and utilized the previously reported IP address on both dates. Chatstep officials also provided historical data from Nov. 4, 2016, through April 19, 2017, for access to their site from the reported IP address. The agent reviewed the comprehensive list of data and confirmed that on numerous occasions user “PervyPastor” accessed chat rooms on the service, and also noted that additional users “TrueRev,” “Kyle” and “Robert,” also accessed Chatstep chat rooms from the reported IP address, and the rooms were the same or similar to the ones accessed by “PervyPastor.”

In an undercover capacity, the agent accessed Chatstep, located a chat room and noted that “TrueRev,” was present and active in the room. The agent took the opportunity to engage in correspondence with the active participants.

The agent initiated correspondence with a greeting “Hi from MN.” “TrueRev” responded with “Minnesota here as well,” and indicated he was from Fairmont. During the conversation, the agent questioned “TrueRev” with regard to his username, and asked if it meant that the reference to “Rev” was related to his occupation as a reverend. “TrueRev” responded, “yes”

The agent asked “TrueRev” what his preferences would be given his occupation, and “TrueRev” replied that the “job itself has nothing to do with the preferences.”

The agent then engaged “TrueRev” in a private correspondence during which “TrueRev” provided his cell phone number and email address, indicating the information was to be used for “clandestine conversations.” The email given was “erastes@tutanota.com,” and the agent confirmed that the telephone number given is a VOIP service number and that tutanota.com is an encrypted email service that provides end-to-end encryption of a subscriber’s email contents and attachments. This information led the agent to believe that “TrueRev” is actively engaged in taking steps to conceal his identity.

The agent conducted an open source search of the name “erastes” as noted in the email, and found that erastes is a noun to refer to an adult male in ancient Greece who courted or was in a pederastic relationship with an adolescent boy who was called an eromenos. The reference to erastes gave the indication that “TrueRev” has potential interest in adolescent boys.

The agent continued in an undercover capacity, and engaged in communication with “TrueRev” through the email address. “TrueRev” advised that his name is “Kyle” and stated that he was 5-foot-8, 175 pounds, red hair and goatee, and sent an accompanying photograph. It was noted that the physical description matched that of Trueblood. The photograph depicted a nude male seated in a chair pictured from the chin down, and matched the general physical description of Trueblood.

On April 24, “TrueRev” established a privated chat room with Chatstep, and the agent corresponded with “TrueRev,” who was in the room under the username “Pastor.” During this time “TrueRev” sent several sexually explicit photographs of young males. Many were of young boys whose ages were questionable as it relates to them being 18 years of age.

During the chat, “Pastor” stated he taught elementary and secondary levels at a local parochial school, consistent with Trueblood’s position within St. James Lutheran School.