Alternative Viewpoints on Hell: Evangelicals Attempt to Give the Vengeful God a Makeover 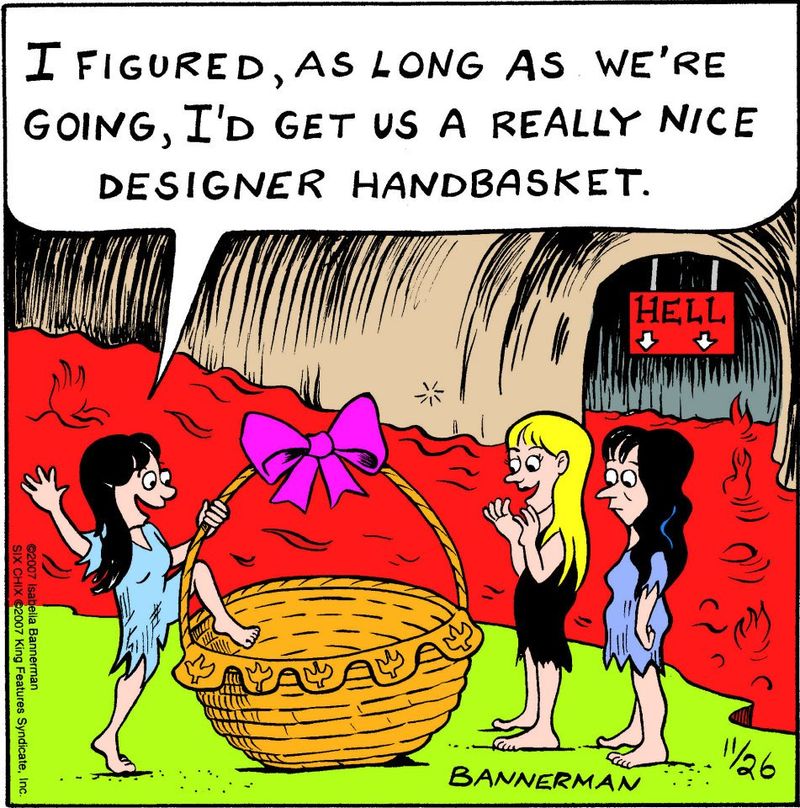 An increasing number of Evangelicals find themselves uneasy and troubled by the belief that non-Christians will suffer untold pain and agony in the flames of Hell after they die; that this eternal torture requires God giving unbelievers a fireproof body; that most of the human race will live a never-ending life in Hell. Instead of going the way of Universalists, these Evangelicals attempt to reinterpret the Bible in ways that allow them to sleep easy at night when pondering the fate of their unsaved family, friends, and neighbors.

Should atheists feel good about these new and improved interpretations of the Bible? After all, if anyone is going to Hell, atheists are. We are, according to countless Evangelicals who have commented on this blog over the years, tools of Satan, child molesters, perverts, and haters of God and Christianity. When it comes to assigning rooms in Hell, atheists will surely have the hottest rooms in Satan’s Mara-a-Lago. Shouldn’t atheists be glad that Evangelicals are thinking about them and concerned for their eternal well-being?

The short answer is no. Evangelicals who take a revisionist approach to Christianity’s historic teachings on hell are more concerned with how the idea of people burning in hell makes them feel than they are concerned with those actually doing the burning. Evangelicals may be pained by the idea of atheists, along with Muslims, Buddhists, Shintoists, Agnostics, Mormons, Jehovah’s Witnesses, and Pagans slow-roasted alive in God’s custom-built torture chamber, but I suspect that they are more concerned with how this makes them feel rather than they are the actual effect on unbelievers. As far as atheists are concerned, not only do we not believe in the existence of the Christian God, neither do we believe in the existence of Satan, demons, hell, and the afterlife There is no rational reason for Evangelicals to worry about atheist souls. If atheists are unconcerned about their eternal destiny, why should Evangelicals be concerned for them?

Some Evangelicals believe that all who reject Jesus and refuse to put their faith and trust in him will be annihilated after death, forfeiting their right to heavenly real estate in eternity. Annihilationism is the Evangelical version of capital punishment for the soul. While Evangelicals believing this doctrine could argue that Evangelicals-turned-atheists didn’t believe in the Christian God and accept his gracious offer of salvation — being zapped into nothingness their just dessert for faithlessness— this still leaves billions of people eternally punished for no other reasons than being born in the wrong country or having the wrong religion. Billions of good people will never see their families again, all because they had the wrong beliefs or lived in the wrong zip code. Yes, annihilationism rescues Evangelicals from the burden of the Bible’s teachings on hell, but billions of people will suffer the eternal loss of those they love most. As with all life-after-death scenarios, Evangelicals are rewarded while the everyone else suffers for not being on God’s guest list.

Recently, an Evangelical man by the name of Terry Lee Miller has been hawking his book, The Death of Endless Damnation, in the comment section and in several emails he sent to me. Miller believes in what he calls “universal Christian redemption for all.” As you will see in a moment, universal Christian redemption is just a Baptist version of Catholic beliefs on death, judgment, purgatory, and the lake of fire, with the exception that in Miller’s scheme of things, everyone, in the end, after being sufficiently tortured, makes it to Heaven.

Here’s how Miller describes his beliefs:

No Bruce you will not ‘burn in the Lake of Fire for eternity, but will be saved one day, even though you are an atheist at present. Oh yes, of course you will go to hell/sheol when you die, but that will merely be a temporary place of punishment until one day you are stood before the white throne and are judged according to your works, and will receive severe punishment for your wickedness and disbelief. After being punished severely by a loving Savior, you of course will have come to your senses, and on bent knees, will embrace the Lord Jesus Christ who yes, does love you despite your present condition. Yes, all will ultimately be saved, Muslims, Jews, Jehovah Witnesses, Atheists, Agnostics, everyone will be saved, but that salvation of course will only come from the Lord Jesus Christ, King of Kings, and Lord of Lords, the one who, yes, still does love you. Every knee shall bow, and every tongue shall confess that Jesus Christ is Lord to the Glory of God! 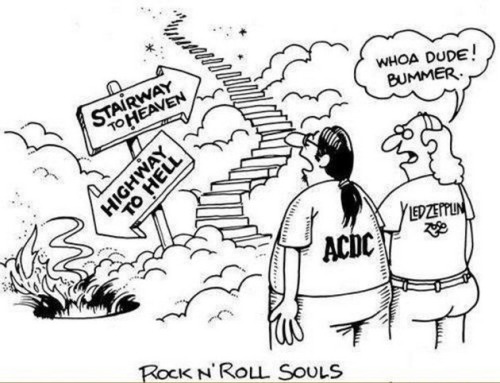 Michael Mock, a friend of mine and regular commenter on this blog, summed up Miller’s beliefs this way:

Demon: “Not at all. We have many options. You could parachute in. There’s a diving board, so you could do a flip, or a cannonball!”

Human: “Are there options that don’t involve burning forever?”

Demon: “But I just told you, it’s not forever!”

Demon: “Well, at the rate you humans are going, I can’t imagine that we won’t get to Armageddon and the Final Judgement within the next thousand years.”

Human: “Strangely, this is not making me feel any better about the prospect of perpetual torment.”

Human: “Could I spend that time in, maybe, a tub of lukewarm whiskey?”

Human: (raises eyebrows) “You actually have a tub of lukewarm whiskey?”

Human: “But there’s lukewarm whiskey, and I could just sit in that until the final judgement?”

Demon: “It… it is lukewarm whiskey. But the demons really would prefer to–”

Human: “Sign me up for the lukewarm whiskey pool, please.”

Demon: “You’ll have to do laps until the final judgement.”

What a great deal, right? I wish Evangelicals would stop trying to reinterpret the Bible so they can “feel” better about their God’s vindictive, hateful, God-awful nature. If the Bible is what Evangelicals say it is — inspired, inerrant, infallible, unalterable — then they must own that their wonderful, awesome, loving, supercalifragilisticexpialidocious God is anything but. The only way forward for Evangelicals is to invent a new God and write a new Bible that better reflects their twenty-first-century moral sensibilities. As long as the Bible is considered a closed canon, Evangelicals are going to have to live with the fact that God’s Precious Moments® Bible explicitly teaches that Jehovah is a God of judgment and wrath, and those who reject Jesus and his atoning work on the cross will be everlastingly tortured in the Lake of Fire. If, as the Bible says, God is the same yesterday, today, and forever, then the deity who drowned the entire human race save eight people in Noah’s flood is the same God today. What’s changed is how Evangelicals want to be viewed by unbelievers. Smarting from being painted in the press and on the internet as judgmental, hateful, narrow-minded bigots, many Evangelicals want to be viewed in a kinder light. Unfortunately, as long as Evangelicals carry their leather-bound inerrant Bibles to church on Sundays and bow in obeisance to its anti-human teachings and authority — expecting everyone to do the same — they shouldn’t anticipate that atheists and other unbelievers will think well of them.