Quote of the Day: Atheists and Progressive Christians Must Work Together for the Common Good by Sarahbeth Caplin 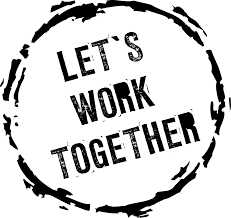 Lately, it’s occurred to me that progressive-leaning Christians like myself have more in common with atheists right now than with white evangelicals, the ones who, overwhelmingly, will stop at nothing to see the United States turn into a theocracy, using Margaret Atwood‘s The Handmaid’s Tale as a handbook rather than as a cautionary tale.

Religious beliefs aside, atheists and progressive Christians need each other during these uncertain times. Our politics, if nothing else, are more alike than they are different. You don’t need to share spirituality to understand the consequences of enforcing so-called “bathroom safety” laws that target transgender people, rejecting climate change, allowing businesses to deny women’s health care, or allowing Creationism to be taught alongside evolution in public schools. As citizens, we all have common adversaries, among them faith-based ignorance and bigotry. As human beings, we also have common causes worth uniting for: freedom and education.

— Sarahbeth Caplin, The Friendly Atheist, Atheists and Progressive Christians Must Work Together to Fight Evangelicals, November 26, 2017