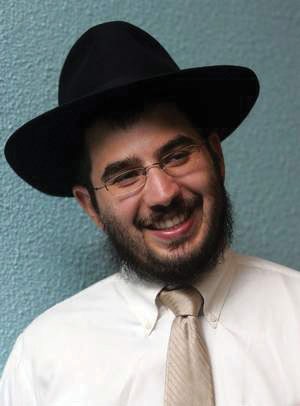 Rabbi Aryeh Goodman, who runs a Jewish community center out of his home, was arrested last month on allegations he engaged in child prostitution.

A New Jersey rabbi has been busted alongside two others on charges of human trafficking and child prostitution, according to authorities.

Rabbi Aryeh Goodman, 35, was one of some 30 men who allegedly paid to have sex with a 17-year-old girl in an East Brunswick hotel, says the Middlesex County Prosecutor’s Office.

Bronx residents Gabriella Colon, 18, and Richard Ortiz, 23, were also arrested for selling the teen’s services to the bevy of creeps from Jan. 1 to Feb. 2, 2018.

Goodman, who runs a Jewish community center out of his East Brunswick home, was slapped with one count of engaging in prostitution with a child and one count of endangering the welfare of a child. Though he bills the center as part of Chabad, prosecutors and a rep said Goodman is in no way affiliated with the organization.

He turned himself in on Feb. 6, prosecutors said.

The duo were also charged with the manufacturing, distribution of and possession of child pornography.