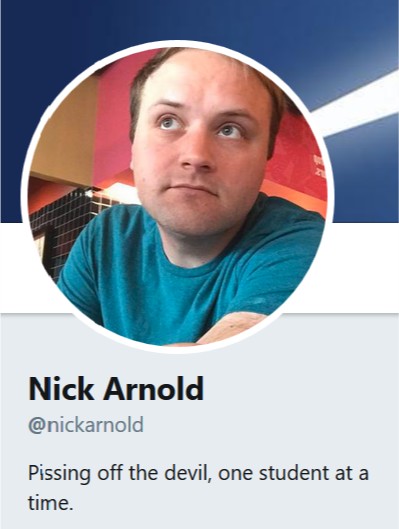 The arrest affidavit says the inappropriate conversations started more than a year ago.

The victim’s mother discovered the conversations and told police.

An arrest affidavit says Arnold coached at the girl’s school and investigators believe one or both girls attended Arnold’s religion class.

The pastor could not comment on the allegations other than to say he believes they’re an isolated incident. [ your beliefs don’t count for much here]

The letter also states Arnold left the church in June after accepting a job at ACTS Church Lakeway in Austin.

In a statement, the pastor of the church in Austin confirms an employee was arrested by Austin police for charges filed in San Antonio.

The pastor went on to say, “…as soon as we learned of his arrest, his employment was immediately terminated.”