Quote of the Day: Why Does Christianity Need So Many Apologists? 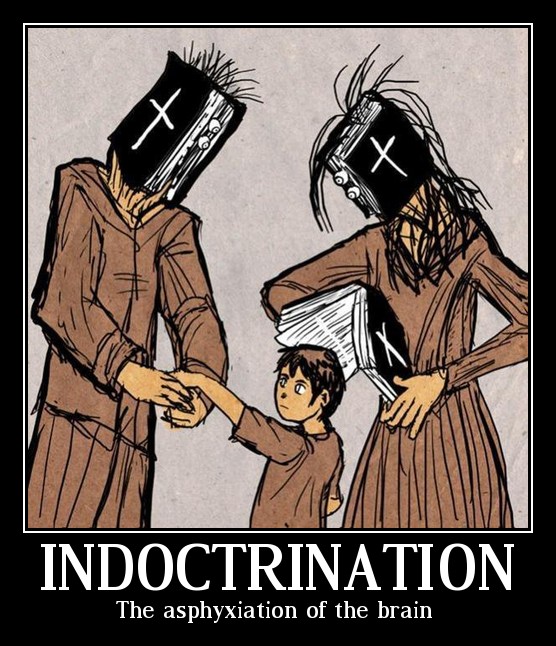 The probability that the Bible is God’s word is inversely proportional to the amount of work it takes Christian apologists to defend it from objections to the contrary (that is, the more work its defense requires, the less likely the Bible is God’s word), and it requires way too much work to suppose that it is.

Consider the sheer numbers of Christian apologists/scholars and books that have been published by the following author/editors: C.S. Lewis, Norman Geisler, William Lane Craig, Richard Swinburne, Paul Copan, Alvin Plantinga, N.T. Wright, Chad Meister, J.P. Moreland, Gregory Boyd, Gary Habermas, Steven Cowan, Douglas Groothuis, Peter van Inwagen, Randal Rauser, Michael Murray, William Dembski, Richard J. Bauckham, Michael Brown, Dan Wallace, D.A. Carson, G.K. Beale, Craig Blomberg, Craig Evans, Stephen Davis, Donald Guthrie, Ralph Martin, Richard Hess, Dinesh D’Souza, and Timothy Keller to name some of the more noteworthy ones. While some of these authors deal with the same issues most of their material is unique to them, for further defending their faith. If we add in their magazine and journal articles we already have a small library of works. If we were to get and read the references they quote from we have a whole library of works in defense of the Christian faith, a comprehensive case. That’s what a comprehensive apologetic requires. The important question left unaddressed by them, as always, is why a defense requires so many books? Why does Christianity need such a defense at all?

The fact that it takes so much work to defend Christianity is a strong indicator, all by itself, that the Christian God does not exist, or he doesn’t care if we believe.

If God had done a better job of revealing his will, there wouldn’t be much of anything for Christian defenders, or apologists, to do but share the gospel message like evangelists do. But since the God of the Bible was in fact incompetent, Christian apologists are forced to defend their faith against the multitude of objections raised against it. It’s as if God gave Christian defenders permanent job security, while forgetting that there are eternal destinies stake, people who, on some accounts, will suffer conscious torment forever because of it.

When dealing with the problem of divine miscommunication, Christian defense lawyers seek only to get their divine client acquitted no matter what the intellectual or moral cost. Rather than face this evidence that shows their God to be nothing more than the product of ancient people, who didn’t have a clue about civilized matters, these apologists use convoluted legalese to obfuscate and confuse the jury.

Typically they’ll say we couldn’t possibly know what an omniscient God is thinking, so we have no right to judge him and his ways. However, even if this is the case, it changes nothing. Millions of people died because God didn’t correctly reveal the truth. Christians will further object by saying we just don’t know if God did anything to help the people who died, to which the obvious answer is that this is my point. If God did something to help these people, then there is no evidence that he did? Think about it. There isn’t any. This objection is based on faith, not evidence, the very thing reasonable people should reject if they want to honestly know the truth. And if God really wants us to believe in him and believe that he loves us, this is a strange way of going about things. For an omniscient God would have known that later generations of intelligent people would find him to be guilty of not doing what decent people would do if they could, and as a result, disbelieve in him and his love.

The best Christian defense lawyers are liberals who admit there are texts in the Bible that, to a great degree, are reflective of an ancient outlook rather than the rigid literalism of conservative believers. In their view, God’s revelation is progressive, becoming better as humans grope to understand the divine. In other words, theology evolves. Liberals didn’t come by this conclusion easily though. Down through the centuries, they came to it as the realities of life and the results of science forced them to accept it. Yet this view is exactly what we would expect to find if there is no truth to their theology. It’s what we would expect if there is no divine mind behind the Bible or the church. If there is a God, then his so-called progressive revelation is indistinguishable from him not revealing anything at all, and, as such, progressive revelation should be rejected as an unnecessary theological hypothesis unworthy of thinking people.

Furthermore, such a view actually undermines their theology, for it leads to theological relativism, since there was no point in the history of the church when any theologian could say that a final, unchanging theology had been attained. So the theology of yesterday was true for Christians of the past, as the present-day theology is true for others, as the theology of tomorrow will be true for still others. So don’t talk to me about an unchanging theological truth. Don’t talk to me about an absolute standard for theological truth either. It doesn’t exist. Never has. Never will. Liberals therefore cannot state any theological truth that is true for all time. As far as they can know, the end result of revelation could be the death of God, the conclusion that we don’t need God, which would make him effectively dead. As far as liberals can know, atheism may be the future of their theology. The only reason they won’t accept the relativism of their theology is that they perceive a need to believe. They are playing a pretend game much like the people in M. Night Shyamalan’s movie The Village. In my opinion, liberals should just stop pretending.

The bottom line is that the whole notion of progressive revelation is a “heads I win, tails you lose” strategy. If their God had revealed the truth from the beginning, then these Christians would use that as evidence he exists. Because since he didn’t, they have introduced the concept of progressive revelation, which betrays their desire to believe no matter what the intellectual cost. What they’re doing is justifying their God “after the facts,” rather than asking “before the facts” what they would expect of their God if he lovingly communicated to human beings.

— John Lofus, Debunking Christianity, Excerpt from the book, How To Defend the Christian Faith: Advice from an Atheist, November 27, 2018

Purchase How To Defend the Christian Faith: Advice from an Atheist by John Loftus.