Quote of the Day: The FACTS on the Born-Alive Debate 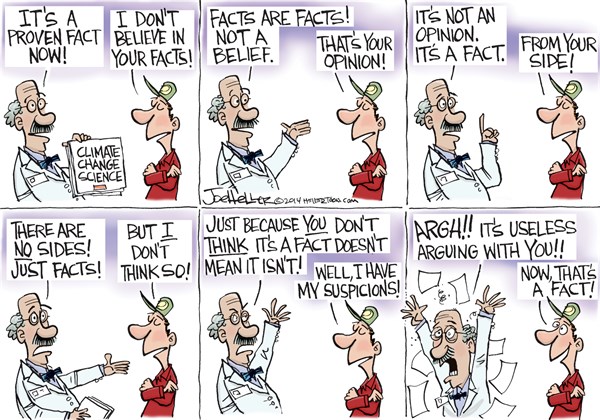 What statistics are available on cases of failed abortions in which a baby is born alive? How often does this happen?

There is some limited data on babies born alive as the result of an abortion procedure, but it’s unclear what the medical circumstances were in each of these cases. There is more extensive data on when abortions are performed. We’ll go through the available numbers.

First, in terms of a baby’s viability — the ability to survive outside the womb — one 2015 study in the New England Journal of Medicine on preterm births said: “Active [lifesaving] intervention for infants born before 22 weeks of gestation is generally not recommended, whereas the approach for infants born at or after 22 weeks of gestation varies.” The study noted the “extremely difficult” decision on whether to use treatment for infants “born near the limit of viability,” saying that while in some cases treatment is clearly indicated or not, “in many cases, it is unclear whether treatment is in the infant’s best interest.”

The study looked at the cases of 4,987 infants “without congenital anomalies,” or birth defects, born before 27 weeks gestation. It found that 5.1 percent of babies born at 22 weeks gestational age survived and 3.4 percent survived “without severe impairment.” Several weeks further into gestation, at 26 weeks, 81.4 percent of babies survived, 75.6 percent without severe impairment.

Abortions in such later stages of pregnancies (which typically are 38 to 42 weeks full term) could be performed because of congenital anomalies, but that study provides some sense of when a fetus without birth defects could be viable and when decisions on medical interventions could be made.

Late-term abortions are rare. The Centers for Disease Control and Prevention found that 1.3 percent of abortions in the U.S. were performed after 21 weeks gestational time, according to 2015 data. The CDC’s report showed that 65 percent of abortions that year occurred in the first eight weeks of pregnancy.

Forty-three states have banned “some abortions after a certain point in pregnancy,” according to the Guttmacher Institute, which researches reproductive health issues.

What about abortions that result in a live birth? One CDC report on death certificates for infants for 2003 to 2014, showed “143 deaths involving induced terminations” of pregnancies during that 12-year period, 97 of which “involved a maternal complication or, one or more congenital anomalies.” The data “only include deaths occurring to those infants born alive; fetal deaths (stillbirths) are not included.”

The CDC notes that the 143 number could be an underestimate of induced terminations of pregnancies. In looking at the data, the CDC found some cases where it was unclear whether a pregnancy termination was induced or spontaneous. In such cases, if congenital anomalies and maternal complications also were involved, the CDC assumed those were spontaneous terminations, due to the “strong association between severe congenital anomalies or maternal complications and premature labor and birth.” In other words, the CDC assumed such cases were premature labor as opposed to a decision to induce labor or end the pregnancy.