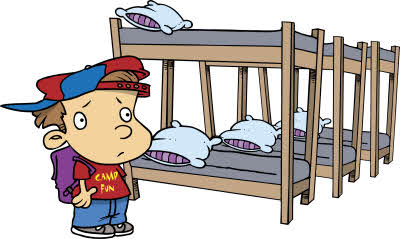 I always looked forward to attending camp. It was one week out of the summer when I could get away from home and meet up with friends from other churches, meet new acquaintances and, most of all, fall in love. While there were plenty of girls to date at my home church, camp afforded me the opportunity to meet and pursue new loves. At the end of every camp, my new girlfriend and I traded addresses, promising to write one another. Surely, our “love” would survive until next year’s camp, right? Alas, such relationships died by the time the church bus turned out of the camp’s driveway headed for home. Forty-five years later, I am still waiting for that beautiful black-haired girl from Elyria to write me. Something tells me that she won’t be writing, and much like her redheaded flame, she found that absence does not make the heart grow fonder, and a nice-looking boy at church is a lot more appealing than the promise of letters to come.

In 2016, I wrote a post detailing my experiences at Camp Chautauqua:

Camp brought upwards of a thousand youth together for one week. Camp Chautauqua had a lot of real estate for meandering teens to get lost in. Follow me for a moment…It’s the 70s. A thousand teenagers, ninth through twelfth grades. Lots of real estate in which hormone-raging teens could get lost. Well, use your imagination. The highlight of youth camp for me was the girls.

The first year I went to Camp Chautauqua, Gene Milioni, the pastor of Trinity Baptist, was our cabin counselor. He was pretty easy to outwit. The next year, the youth pastor, Bruce Turner, was the cabin counselor, (please see Dear Bruce Turner) and he proved to be every bit our match. He was not so far removed from his own youth that he had forgotten the dangers of putting a bunch of teenage boys and girls in proximity to one another.

If I had a negative experience at camp, I don’t remember it. Perhaps, this is the wistful remembering of an old man trying to recall what happened 45 years ago during the glory days of his youth. Perhaps my fond memories are a reflection of the fact that camp, for me and for many others, was a respite from our fundamentalist churches and family dysfunction. Camp was the one week out the year that I got to hang out with my friends and meet new people without having adults watching my every move.

This summer, thousands of IFB teenagers will go to camp. Some teens will attend camps at the facilities mentioned above. Others will attend camps such as the Bill Rice Ranch or The Wilds. My wife’s family is deeply ensconced in the IFB church movement. Many of her relatives send their teens to the Bill Rice Ranch — an uber-fundamentalist camping program. Some IFB churches, wanting to preserve their INDEPENDENT status, hold their own camps. I did this for several years in southeast Ohio. We would rent a camp for a week, and then invite like-minded churches to attend. The last camp I participated in featured a preacher from Fort Wayne who believed Christians could be demon-possessed. He spent the week excusing all sorts of bad behavior as demon possession. By the time the week was over, I wanted to strangle the man. Come the next Sunday, I made sure the teens and adults from my church who attended the camp knew that I totally disagreed with the notion of Christian demon possession.

Over the weekend, I pondered my experiences attending IFB youth camps, and whether my feel-good camp experiences covered up something insidious; that these camps, regardless of how much fun campers have, are tools used by IFB churches and pastors to indoctrinate children and teenagers. IFB church leaders know that they must draw in children and teens before they can be indoctrinated. Thus, camp advertising materials focus on all the fun campers will have, and not the fact that there will be hours-long Bible studies, devotionals, church services, and afterglows (highly emotional after-service campfires). High-powered IFB evangelists, youth pastors, and conference speakers are brought in to evangelize the lost and indoctrinate the saved. Most camp attendees will return to their home churches “on-fire” for God. Perhaps former IFB church members will remember the Sundays after camp when attendees were paraded in front of their churches and asked to give testimonies about what God had done for them over the past week. Passionate testimonies of conversion or getting right with God, complete with tears, are often heard. Adults shout “AMEN!”, praising God for the work he has done in the lives of church teenagers. Yet, in a matter of weeks or months, life for these “changed” teenagers returns to normal, just in time for the church’s annual youth revival or other event meant to stir religious passions.

Many IFB teenagers become immune to indoctrination, enjoying the fun and enduring the Jesus stuff. Others, such as myself, become caught up in a constant cycle of sinning and getting right with God; a continual striving for holiness and perfection. The ultimate goal of camps, youth revivals, youth rallies, and youth conferences is to thoroughly indoctrinate teenagers so they will actually “feel” God calling them to full-time service as pastors, evangelists, missionaries, and Christian school teachers. Those feeling “called” will be further indoctrinated, hopefully leading them to “feel” God calling them to attend an IFB college. (Many IFB preachers see teens called into the ministry as the highwater mark of their ministries, the passing on of the Fundamentalist Baptist torch.) Countless IFB preachers felt the “call” of God at youth camp. While I felt the “call” during a service preached by IFB evangelist Al Lacy, there’s no doubt summer youth camp played an instrumental part in my decisions to become a preacher, attend Midwestern Baptist College, and pastor Evangelical churches for twenty-five years.

How about you? Did you attend IFB summer youth camp? Please share your experiences in the comment section. Non-IFB church camp stories are welcome too!