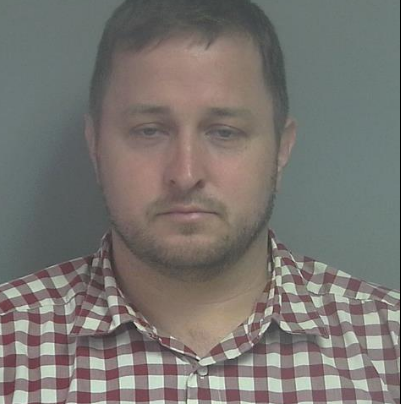 The Pittsburgh Post-Gazette reported at the time:

He is accused of sexual offenses against five different minors.

A Haitian court is seeking Mr. Mast’s return to that country for him to face similar allegations. He left Haiti this spring after allegations arose of his sexually abusing minor boys over a period of years. A Haitian attorney told the Post-Gazette he represents five alleged victims of Mr. Mast.

Christian Aid Ministries of Berlin, Ohio — which is supported by various Mennonite, Amish and related groups — said in an earlier statement it “promptly discharged” Mr. Mast earlier this year when it learned of recent allegations against him in Haiti. He has not yet returned to appear before the Haitian court in the city of Petit-Goave to face the allegations.

Both Christian Aid Ministries and Mr. Mast’s church said he made confessions of sexual offenses.

The ministry placed two of its leading staff members on leave last month after its board learned that they knew as far back as 2013 that Mr. Mast had confessed to “sexual activity with young men that had taken place several years prior,” yet allowed him to remain at work for the ministry until this year.

Did you catch the fact that two Christian Aid Ministries staff members were put on leave for failing to report Mast’s predatory sexual activity with young men? Put on leave? Really? How about firing and excommunicating them for helping to facilitate the ongoing abuse of Haitian children?

Today, Mast pleaded guilty to sexually abusing two Holmes County, Ohio boys. Per the plea agreement, Mast will serve no more than five years in prison for his crimes.

Jeriah Mast, 38, of Millersburg, Ohio, had faced 14 counts alleging he abused five minors between 1999 and 2008. On Wednesday, 12 counts were dismissed as part of a plea agreement. Mr. Mast pleaded guilty to two felony counts of gross sexual imposition in connection with molesting two boys.

Mr. Mast denied that he abused the boy in the first incident — in which the boy’s mother said she walked into her son’s bedroom to find Mr. Mast under a blanket with her son — but he nevertheless pleaded guilty.

He faces a maximum sentence of 10 years in prison and a $20,000 fine, although both the prosecution and defense as part of the plea agreement recommended he serve no more than five years in prison.

Holmes County Judge Robert D. Rinfret emphasized in a hearing Wednesday that he was not bound by that sentencing recommendation.

“This is horrendous,” Judge Rinfret said of the crimes. “This is awful.”

Sentencing was set for Nov. 5.

The Ohio charges were filed in July after Mr. Mast confessed to the Holmes County Sheriff’s Office in May that he abused boys over a period of about 15 years in both Ohio and Haiti, where he was working for Christian Aid Ministries, a Berlin, Ohio, organization supported by various Mennonite, Amish and related groups.

Mr. Warner, the prosecutor, said Wednesday that the plea agreement was offered in large part because further investigation of Mr. Mast’s May confession showed that all but two of the victims were 13 or older at the time of the abuse. That meant five of the seven felony charges Mr. Mast had faced became misdemeanor charges — and that meant the charges were beyond the statute of limitations to prosecute.