Evangelists: The Hired Guns of the IFB Church Movement 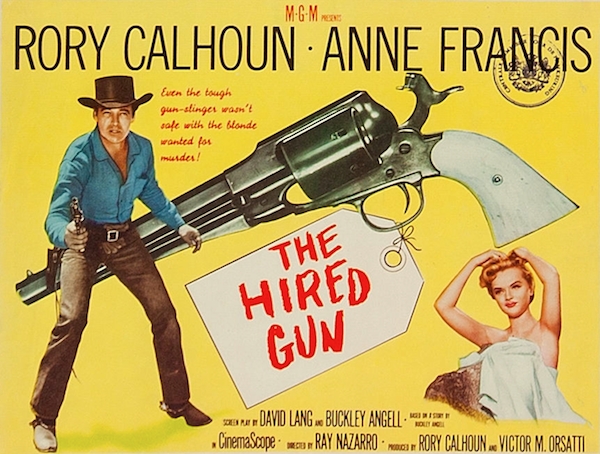 I grew up in the Independent Fundamentalist Baptist (IFB) church movement, attended an IFB college, married an IFB pastor’s daughter, and pastored IFB churches for a decade. In the late 1980s, thanks to the Jack Hyles scandal and my exposure to Calvinism, I left the IFB church movement. As a writer, I have made it my mission to inform readers about the inner workings of IFB churches and institutions. My wife’s father is a retired IFB pastor, and her extended family includes IFB pastors, evangelists, missionaries, and their wives. (Please see The Family Patriarch is Dead: My Life With James Dennis.) My IFB roots run deep (our family attended Tim LaHaye’s church, Scott Memorial Baptist Church, in the 1960s), and just because I am no longer a believer doesn’t mean that I can no longer speak authoritatively about the movement. While the IFB church movement has evolved over the years, its core principles remain the same. The older generation of IFB preachers is dying off, but, unfortunately, their children and grandchildren are following in their steps. Polly’s IFB cousins are now in their forties and fifties. Their oldest children are now college age. So far, the colleges of choice have been IFB institutions — offering up another innocent generation to the “cause.”

I wrote the brief biography above in the hope of warding off IFB zealots who think I am too far removed from the movement to have anything of value to say. I will leave it to readers to decide if my words ring true. The IFB church movement tends to slowly evolve and change. This means that while there have been peripheral changes since my IFB days, their core beliefs and practices remain the same. Don’t confuse these superficial changes with transformative change. The IFB church movement remains a dangerous, cultic group that causes untold heartache and psychological damage.

Now to the subject of this post: IFB evangelists.

I came of age at Trinity Baptist Church in Findlay, Ohio. The church held several revivals, youth revival, and conferences a year. Typically, the revivals started on a Sunday and went through Friday or started on a Monday and concluded on Sunday. High-powered evangelists were brought in to preach these meetings. Their goal was always the same: evangelize the lost and revive the saved.

As an IFB pastor, I followed in the footsteps of my pastors. Typically, the churches I pastored had two revivals a year. For a number of years, Don Hardman would come to our church and hold what is called a protracted meeting. For fifteen days — including three Sundays — Hardman would preach to saint and sinner alike. Countless church members attended all eighteen services. Nearby IFB churches would bring busloads or carloads of people to hear Hardman’s often hour-plus-long sermons. Souls would be saved and scores of Christians would come forward during the invitations, kneel at the altar, and get right with God. Throw in nightly special music and fellowship dinners, and it should not come as a surprise that these meetings were the highlight of the church calendar. For his efforts, Hardman walked away with $1,000-$1,500 cash in a brown paper bag. I will leave it to you to decide if he claimed this income on his tax return.

Over the twenty-five years I spent in the ministry, numerous evangelists preached for me. Notice I said, “preached for me.” As pastor, I was the gatekeeper. I controlled who preached from the pulpit. Evangelists were hired guns, men who came to minister and stir up the church and then ride off into the night. Evangelists were, in effect, traveling preachers who went from church to church preaching canned sermons. Rare was the evangelist who preached new sermons at every church. These “men of God” had certain sermons that “worked,” and as long as these messages were effective, they continued to use them. Seasoned evangelists developed a pool of sermons to preach from. One evangelist, Phil Shuler — a frequent speaker at the Newark Baptist Temple, pastored at the time by Polly’s uncle — had recordings of his sermons. Each night, before the service, Shuler would refresh his memory by playing the tape of that night’s sermon. No need to study, just throw in a few relevant illustrations and regurgitate what had been said before. This practice is common on the IFB conference circuit too.

As hired guns, evangelists are expected to “help” the pastors they are preaching for. Sometimes, evangelists will sanctimoniously ask pastors, “Brother, is there anything I can pray for this week?” Such evangelists are trying to give the air of being directed by God in their preaching, but as sure as the sun comes up in the morning, those “prayer requests” would find their way into their sermons. Some evangelists just plain ask, “Brother, is there anything you need me to address this week?” Every pastor, myself included, had a list of grievances he would love to have addressed by an outside party. Evangelist after evangelist quizzed me about the state of the churches I pastored, and sometime during the week, my answers would show up in their sermons. Unwary congregants took such targeted preaching as a sign God was “speaking” to them. Little did they know that their pastor was the man pulling the strings behind the scenes.

The goal, of course, was to evangelize the lost and revive the church. Revivals were a way of energizing — for a time — complacent, lazy, indifferent church members. I watched hundreds and hundreds of congregants weep crocodile tears and sling snot as they got right with God. For a time, these lovers of Jesus would walk the straight and narrow, but, in the end, they usually reverted to the norm — as we all do. And just as they got settled in, it was time for another revival! Thus it went, spring after spring, fall after fall, year in and year out. 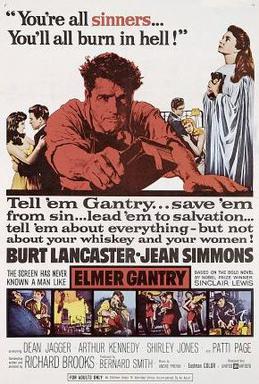 Let me be clear, many of the evangelists I knew were sincere, honest men of God. (And let me also be clear, some of them were the IFB version of Elmer Gantry.) I don’t doubt for a moment that these men believed that God was calling them to be evangelists. That said, it’s hard not to see the work of evangelists and revival meetings as manipulative tools used by pastors to gain certain objectives. What better way to stir up your church than to bring in a smooth-talking, high-powered evangelist to preach? Congregants get tired of listening to the same voice week after week. The evangelist is a new and different voice, so people are more likely to pay attention. Smart, and oh-so-godly, is the pastor who uses this to his advantage. The goal is to win the lost and revitalize the congregation. What’s the harm in a little manipulation, right?