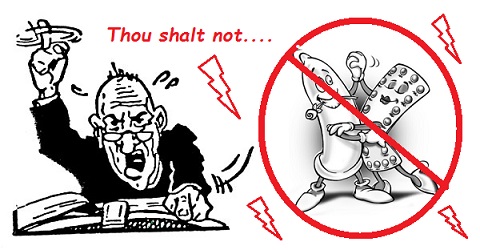 Recently, a Christian man calling himself Herman Benedict, sent me a 5,000+ word email detailing everything that is, in his deluded Catholic mind, wrong with the United States — mainly Jews and women using contraception. Here’s a 900-word excerpt from his email (endless links removed):

The Novus Ordo sect is an apostate pagan antichurch led by (Satanic Jew) manifest apostate antipopes who took over (in 1958) the physical structures/properties that were previously controlled by Christianity. Salvation is possible only with the One True Church.

The demon possessed and deranged Jewish mob throughout all of human history cried out in St. Matthew 27:25: “His blood be upon us and our children.” Our Lord Jesus Christ said concerning the Deicides: “That upon you may come all the just blood that hath been shed upon the earth, from the blood of Abel the just, even unto the blood of Zacharias the son of Barachias, whom you killed between the temple and the altar.”  St. Matthew 23:35

The Innocent and Most Sacred Blood of the Lord Jesus Christ cries out against Jews.. Jews are Christ-killers accursed with the Blood-Guilt of Deicide in their souls. They are thus bitter anti-Christian bigots driven by the historic curse in their soul and blood to persecute the Lord Jesus Christ and oppress others. The Crucifixion was the greatest crime in human history. There were no gas chambers in Hitlerian Germany.

There used to be a viral beautiful blog named “Boycott American Women” started by US men but which has since been sadly deleted circa 2018 by Google after 8 glorious years. It’s been widely talked about in the news (https://www.rt.com/usa/boycott-blog-women-america/ ): “American women are generally immature, selfish, extremely arrogant and self-centered, mentally unstable, irresponsible and highly unchaste… The behavior of most American women is utterly disgusting, to say the least.”

Contraception creates female paedophiles and the epidemic child molestation problem. Contraception murders already conceived children by preventing them from attaching themselves to the wall of the womb after conception. Attachment to the womb’s wall (called “implantation”) happens around 2 weeks after conception.

Contraception makes women very smelly in a place of the body that honest men for shame simply do not want to name.

Contraception brings: “acne, sweating and unwanted hair growth after going on the pill. One woman described sprouting hairs all over her cheeks, while another came down with “pizza face”” & “the brains of women on the pill look fundamentally different.” …. Also: “The women were sweatier, hairier and spottier. Some noticed that their voices had deepened. Nearly one in five baby girls born to mothers taking it had masculinised genitals. Some of these unlucky children required surgery.”

Contraception causes: shrinkage and shortening of the vag*na, dryness, bleeding, discharge, itchiness, paleness/discoloration of the vag*na, lack of natural lubrication, frequent urination, frequent urinary tract infections, painful fornication; all of this causes whores to buy numerous private area products and use drugs for the many problems that they would have never had if they never used birth control.

Contraception creates massive STDs and makes: “women nearly fifty percent more likely to be infected with HIV” & causes women to be “at increased risk for cancers of the breasts, endometrium, and cervix; as well as herpes, memory loss, and osteoporosis.”

The unnatural: “urine of contracepting women” when “emitted into sewer systems” pollutes water supplies (sewage treatment plants pump women’s unnatural urine directly into waterways, rivers, & lakes in the whole USA ) and harms wild life, causes monstrous mutations in fish, and contaminates the food and water supply since birth control chemicals/synthetic hormones cannot be recycled. (Ibid) USA farms are being watered with birth control chemicals from the unnatural and demon-infected urine of the murderess whores.  Wastewater treatment facilities produce compost that is used to fertilize farms: it consists of dehydrated feces, lots of birth control chemicals, antibiotics, and over 500 different pharmaceutical pills etc — all of which is non-biodegradable/non-recyclable/nonrenewable and flushed down the toilet after pagans relieve themselves.

The murderesses are completely detached from the Natural Law.  Their brains have mutated both physiologically and chemically. It is a proof set of how contraception makes women stupid and lower than animals (i.e makes them prone to ways of “life” that are lower than the animals). They are debasing themselves even lower than the animals with their sick and twisted acts of ultimate betrayal (the 1st degree murder of their own offspring). They freely choose to debase themselves to an animal or rather sub-animal level. They live in a demonic debased state. They are absolute beasts of impurity. Their wombs are polluted with thousands of deaths and tens of thousands of demons nesting within them (in their wombs and fundamentally-altered brains). Just look at how sub-animal they are; how difficult it is for them to hear spirituality. They are hyper-allergic (both mentally and physically) to the Gospel truth. God says in the Bible that child-murder is human sacrifice to the devil-god Moloch. The murderesses are ‘living’ a subhuman culture. They are ‘living’ at a sub-animal level, that is objectively so evil. They are sub-animalistic beings. These spiritually sick organisms are in a subhuman situation. They are destroyers of civilization and the environment.

This man came to this site via a Google search for information on Zsuzsanna Anderson, wife of IFB extremist Steven Anderson. Birds of a feather flock together?