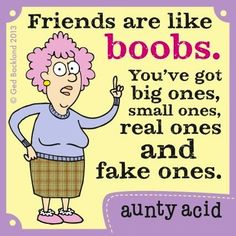 Bro. Certainty, the skilled marketer that he is, taught John and Sally what is commonly called friendship evangelism. Rather than telling Bruce and Polly that they are sinners, headed for Hell unless they repent of their sins and put their faith in Jesus, John and Sally are encouraged to pretend-friend Bruce and Polly. Try to find a common interest, they are told. Be nice. Bake them a pie or do some other act of kindness. By doing these things, Bruce and Polly would be more receptive to the gospel, Bro. Certainty told them.

So this was the day that John and Sally put aside pretense and revealed what it was they really wanted from Bruce and Polly.

John: Hey, how ya doing today?

Bruce: Great, how about you? Isn’t this warm weather awesome?

John and Bruce trade pleasantries as Sally and Polly talk about flowers and gardens. After a few minutes . . .

John (clearing his throat): While we are here, I would like to talk to guys about something very important.

Bruce thinks to himself, great here comes the Amway pitch. I knew they were being TOO friendly.

John: Sally and I are members of First True Evangelical Church down on the corner of Truth and Infallibility. We have attended First Evangelical ever since we were little children. We think it is absolutely the best church in town. Our pastor, Bro. Certainty is so winsome, everyone LOVES him! We were wondering . . . next Sunday is Friendship Sunday . . . and since you guys are our new-found friends, we thought that you might be interested in visiting our church next Sunday.

Bruce thinks to himself, Fucking awesome. Our “friendly” neighbors are Bible thumpers.

Polly snickers to herself. Can’t wait to see how this turns out.

Bruce: John, Polly and I are not church-goers. We don’t believe in God.

John: But Bruce, surely you believe in some sort of God? Only an atheist says there is no God.

Bruce just looks at John . . . giving him THAT look.

Bruce: Yes, we are. (Bruce refrains from giving a smart-ass response.)

For the next twenty minutes or so, John and Bruce argue back and forth about God, Christianity, sin, salvation, and atheism. When it becomes apparent to John that Bruce is one of those apostates who have committed the unpardonable sin that Bro. Certainty talks about . . .

John: Well I hope you will think about what I told you about Jesus. What if you are wrong? Wouldn’t it be better to believe in Jesus and then you wouldn’t have to worry about going to Hell when you die? Better safe than sorry, right?

Bruce, without uttering a word, mentally bangs his head on a wall.

Bruce: No thanks, John.

John: Ok, then. Well, let’s go Sally. If you ever change your mind, you know where we live.

Bruce thinks to himself, that will be a cold day in the Hell I don’t believe in.

Off John and Sally walk, sad that they were unable to reach their new neighbors with the way, truth, and life. Oh well, we told them, they say to each other.

Polly: What’s that all about? I thought they were our friends?

In a post about the death of Fred Phelps, Andrew Hackman wrote

To me, the only difference between Fred Phelps and the average conservative Christian is delivery style. It is similar to Delores Umbridge and Voldemort in the Harry Potter story. Both stood against Harry. Both wanted him eliminated. Both hated him.

Voldemort’s hate blazed in his eyes. Delores hid hers behind soft tones, feigned concern, and a predator’s smile.

But both had similar plans for Harry.

I don’t believe there is an afterlife, but if I did I would hope that Phelps can now rest from the burden of his hostility, and that his wounds have been healed.

In the end, I preferred the bigotry Fred wore on his sleeve, to the slippery words of “love” offered by so many Christians who quietly share Fred’s heart.

Remember this the next time your Evangelical Christian neighbor or coworker tries to befriend you. What is their true agenda? Do you really want to be friends with someone who thinks you will tortured by God in Hell for eternity if you don’t believe exactly as they do? I know I don’t.