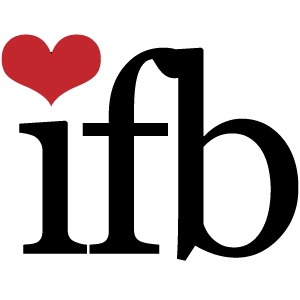 Recently, one point Calvinist Bob Gray, retired pastor of Longview Baptist Temple, posted an article by James Ach that let everyone know the infamous Steven Anderson was NOT part of  Independent Fundamentalist Baptist (IFB) club.  While most of Ach’s post was a harangue against Calvinism, I found his statement about Anderson to be the most interesting and laughable:

…Let us first say on behalf of all independent fundamental Baptists (IFB) of all stripes, that NONE of us recognize Steven Anderson as a bona fide fundamental Baptist. He has virtually nothing in common with any IFB denomination, and has been openly hostile of every IFB minister and ministry from Peter Ruckman, Bob Gray Sr., David Cloud, D.A. Waite, Jack Moorman, Phil Stringer, Jack Chick,  to Fellowship Tract League, William Grady, Sam Gipp, Lester Roloff et al , and that’s just about every known “leader” so-to-speak in modern fundamental “circles”. The above names have sharp disagreements with each other, but Anderson hates them ALL. Anderson is an anti-Semitic, hermeneutically challenged anomaly that in our opinion at DRC is on someone’s payroll to make Baptists look like complete idiots (above and beyond some of the dumb things we’ve done amongst ourselves). In fact, not only do we deny that Anderson is IFB but have a standing joke that Anderson is actually a closet Calvinist…

If you are like me, you found yourself rolling on the floor with uncontrollable laughter over Ach’s claims that Steven Anderson, pastor of Faithful Word Baptist Church in Tempe, Arizona, is ” on someone’s payroll to make Baptists look like complete idiots.” Ach, who is known to make conspiratorial claims, provides no proof for this claim.  Besides, most IFB preachers are quite capable of acting like idiots all on their own.

Ach would lead those uninitiated in IFB life to think that Steven Anderson is an outlier, and not at all representative of the typical IFB preacher. For those of us what spent many years in the IFB church movement, we know better. We’ve heard uncounted vitriolic sermons, attacks on everything from Roman Catholics and the NIV to Southern Baptists and the NKJV. No subject, no institution, or preacher was untouchable. We’ve heard screamed out threatening and hour-long long sermons on “liberal” IFB churches, pastors, and colleges. While Anderson and the late Fred Phelps are a bit more hyperbolic, they certainly are within the pale of what can be heard in many IFB churches.

In my case, I had a gold card that gave me special access to the IFB insider’s club. From Sword of the Lord conferences to IFB Bible conferences to pastor’s fellowships, I’ve heard so-called men of God vent their spleen over every sin imaginable. One such man preached from the text, neither give place to the devil. After he read the text, he spend the next hour giving a rundown and run over of everything he considered a sin. And all the preachers in attendance shouted AMEN!

Steven Anderson is IFB and there’s nothing James Ach or Bob Gray Sr can do about it. His beliefs, in the main, are standard IFB fare. Even his antisemitism and racism can be found in virtually every corner  of the IFB world.  As I stated in my post, Understanding Steven Anderson, Pastor Faithful Word Baptist Church, Tempe, Arizona, there is nothing out of the ordinary about Anderson. He’s a garden variety IFB preacher who, as a narcissist, is full of himself and thinks he speaks for God.

I encourage readers to take a gander at Ach’s Do Right Christians blog and see if there really is any difference as far as behavior is concerned between James Ach and Steven Anderson. For even more amusement, check out Ach’s Twitter account (account no longer active).  I think you’ll find that if the former is IFB then the latter is.