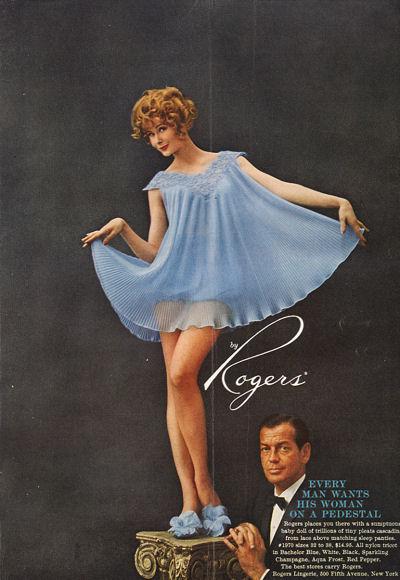 In the early 1980′s, I heard Jerry Falwell, the fundamentalist Baptist pastor of Thomas Road Baptist Church in Lynchburg, Virginia say, We don’t believe in equal rights for women. We believe in superior rights for women.  Falwell went on to say that the Bible actually elevates women on a pedestal and that equal rights for women would actually be a step down for them.  Evidently, Falwell’s Bible didn’t have the verses that gave approval to men treating women as property or the verses that countless Evangelical preachers have used to justify their “women should be ignorant, barefoot, pregnant, keepers of the home” preaching.

Yesterday, in a post titled Why Would Any Woman Want to Be and Evangelical Christian, I wrote:

Why don’t women have true equal rights and privileges in America? Don’t deceive yourself into thinking they do. There are still places in our society where the signs say Men Only. The primary reason women are denied basic civil rights and social privileges is that Christian patriarchal thinking still permeates our society.

If the Bible is meant to be taken as written, women have no part in the governance of society or the church. Women are relegated to teaching children and as women age  they are given the task of teaching younger women how to be a good wife.

Derick Dickens, in an article for the The Council on Biblical Manhood and Womanhood website, takes the same approach Falwell did thirty years ago. (Dickens is a graduate of Liberty University)  Dickens thinks that women, the weaker vessel, should receive high honor rather than equal rights. He goes on to blame many of the woes women have on feminism and their demand for equality. Dickens writes:

…It demands us to ask some serious questions.  Has the last century of women’s rights not touched the home?  Has women’s equality not turned the tide of divorce?  Has it not lifted women out of poverty instead of sinking them further into poverty?  Women’s equality has failed precisely because it is misplaced from the Biblical understanding of women.  It has failed precisely because it misunderstands the honor God has given to women.

In short, if you think women are equal to men, then you have too low of a view of women.  Women are not merely equal, they are to be honored and esteemed unlike that of a man.

Honoring women is not merely my opinion, but this is the Christian ethic.  It is why men traditionally bent on one knee to ask for a woman’s hand in marriage, men would open the door for her, and men willingly sacrificed their life to save a woman.

Granted, abuses have often taken place in our culture and previous cultures.  However, this should not be looked at with the ever critical eye that fails to realize all the facts of the situation.  There were abuses of the past because of mankind’s inherent selfishness, pride, arrogance, and destructive personality.

Rather than see these abuses subside, they have escalated in modern times.  For instance, women account for 75% of all people trapped in the slave trade.  For every three childhood victims of human trafficking, two are girls (Source: UNODC).  The heinous injustice brought upon girls and women should make our blood boil in anger and every decent human being cry out for the eradication of this evil.

The abuses that are easier to “live with” are those couched in the language of modernity.  Women, for profit and sale, are treated as sex objects on magazines and television.  Being remade to look nothing like they appear, women are donned in scant bikinis to sell products like beer, cars, football, and even tools.  Parts of our society have made women utilitarian.  This may be better than the sex slave trade but only by degree (Matthew 5:28)

What may be an attempt by some overreacting to abuses towards women has been an effort to make women completely the same as men.  In some cases, this has forced women to be a clone of their male counterparts, or in other cases forced men to be exactly like women.  In both cases, this is a travesty to women.

Women do not find their greatest worth in being like men but in being a woman.  It is her uniqueness that should be cherished, but not to the extremes either side tends to push her.  One celebrates the woman as having a utilitarian purpose in satisfying the sinful lusts of man, the other celebrates her distinct from her sexuality.

Both are wrong.  Both seek to diminish women from being what they were created to be–a woman.

In turning to the Scripture, we extinguish the often cited critique that women are not as smart or capable as men.  Proverbs 31, for instance, shows the virtuous woman as possessing gifts that would make most men jealous.  She is intelligent, resourceful, hard working, and respectful–a tremendous force of dignity and wisdom.

These qualities, though, should not make us treat women like men.  Women are to be treated distinctly like a woman.  Husbands are called to reflect towards these women a demonstration of the greatest love ever shown, a love that willingly died in her place (Ephesians 5:25).  For a man, he should represent her as a person worthy enough for us to die for, to present as pure, to uplift as glorious, and acknowledged as magnificent…

…In the Biblical Worldview, women have a dignity all their own that allows us, men, to selflessly serve until our dying days.  They are bone of our bone, flesh of our flesh, but they are much more.  They are women and for that reason we should give them a greater honor.

You can read entire article here.

Dickens speaks in glowing terms about how women are treated when the Biblical pattern for the sexes is followed. According to Professor Dickens, our culture’s unwillingness to follow this pattern has resulted in women being far worse off today than they were before equal rights for women and modern feminism convinced women that they had equal status in our culture. (As with equality for people of color, equality for women is still an unrealized goal. We’ve come a long way, but we have a long way to go before we can say, women are equal.)

Dickens article is a poignant reminder that little has changed for Evangelical women. Their overlords continue to use the Bible to subjugate and control them. Sadly, for many Evangelical women, including my wife for many years, they know of no other world but one where the Derick Dickens of the world are their lords. These lords convince them, through words supposedly mouthed by God, that their highest calling in life is to be a weaker vessel; a wife, a mother, and a keeper of the home. Wanting any other kind of life is a step away from God’s wonderful, super-duper plan for their life.

So what do you think readers? I am especially interested in hearing from female readers. Do you desire to return to days before equality and feminism? Now that you are free from the strictures of the Bible, how has your life changed? For the better, for the worse? Please share your thoughts in the comment section.