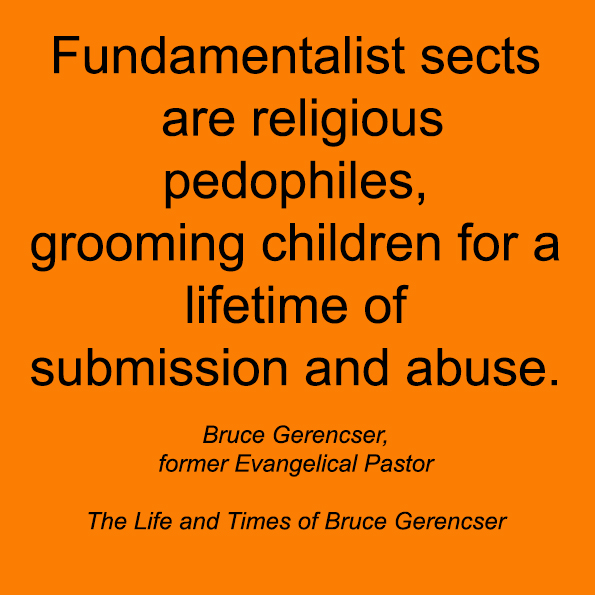 What follows is a video put out by The Iglesia ni Cristo (Church of Christ), a “Christian religion whose primary purpose is to worship the Almighty God based on His teachings as taught by the Lord Jesus Christ and as recorded in the Bible. The Church of Christ is a church for every one who will heed the call of God and embrace its faith — regardless of his or her nationality, cultural background, social standing, economic status, and educational attainment.” (website)

If you care about children and how Fundamentalist religion affects them, I am sure you found this video to be quite troubling. These children, at a very early age, are taught to explicitly obey church leaders. A common cult-like practice, also found in sects like the Independent Fundamentalist Baptist (IFB) church movement, indoctrinating children is a crucial component in the continued growth of Fundamentalist sects. The inquisitive minds of children must be destroyed and then reanimated with authoritarian beliefs. A failure to do this often results in church children, when they come of age, leaving the sect. This is why every Fundamentalist sect I know of targets children. Such sects are religious pedophiles, grooming children for a lifetime of submission and abuse.