The Unbearable Lightness of Not Believing 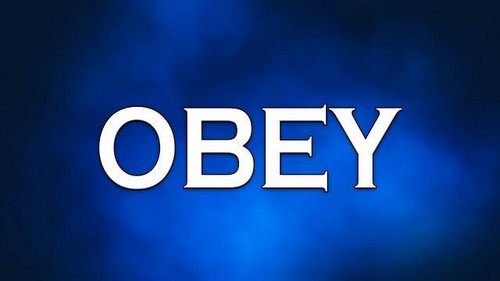 God so loved the world that he gave his only son to die… This idea is foundational in Christian belief and something that has troubled me from childhood. I did not understand it and was told in my Fellowship Baptist upbringing that I did not need to understand the deeper matters of God’s Love, only obey without question, only serve the Lord.

Before I could muster two digits in my birthdays, I was taken into the depths of Hell in my dreams and witnessed what was going to happen to me because I was a human and not saved… Oh don’t get me wrong, I believed and I was terrified of what I believed but I had not walked to the front of the church during an altar-call and formally asked Jesus Christ to be my Savior. There is a very specific protocol involved in becoming the right kind of believer and there is no choice of styles or colors. At such a young age, there is only the pressing demand of family and church and of course, nightmares. For me, the nightmares finally tipped the balance and I decided it was time to brave the walk.

As it turned out, on that particular day, my preacher dad decided to focus on the urgency of the call to salvation and that this could very well be the last day of the offer. Tonight could be that night or even within minutes, seconds. God loves us so much that he puts off what we rightly deserve and waits for us to come freely. If you have any memory of what sheer terror was as a child, you are in the right ballpark here. When I look back, this was how freedom was defined in my life. I was free to choose alright. Either I do the walk and talk the talk and reallllly believe it or I am truly fucked. I knew this before I was ten and I chose. This is a poem I wrote about it half a life ago:

Just as I Am

a dozen of us lined up

at the front of the church

and we have all sinned

Some of us softly weep

awful doubt in ourselves

and the preacher walking

our line and shaking hands

as if we were grownup

and big enough to deal

between heaven and hell

on a Sunday morning

and our walking right

into the arms of it

crying along with the music.

It is not easy for people to understand how devastating it is to a child to know that you have been the cause of the torture and death of the best man to ever be alive and to know that you are the one who is really guilty and will have to burn in a special place of forever-torture because God is great and will not be mocked.

I realized late, in my twenties, that I was truly brainwashed from the womb, that I was trained up and put through the routines just as soldier is and for the same reason: To create a one-track mind that obeys orders unto death. Onward Christian Soldiers marching on to war…

In my twenties, I began to ask ‘why’ a lot and look at issues that plagued me, the father God giving his son, and the example of Abraham and his great legacy blessed by God.

I lived in contradiction; unable to understand why I could not simply let go of doubt and why I began to feel angry with God for Jesus, dying and angry for Isaac; feeling a undercurrent of rage against a father who would give his own son…

I was not close to my father and he was not a man who had friends. He was an island, a preacher who spoke much when in a pulpit but very little any other time. He had no personal life to pass on or share with his children, only the way of Christ a la the Baptist church.

When I began to realize I was truly an unbeliever, I could not bear it and began a fruitless search to find the right church. Later I realized that I could create a Christianity that was my own and agreed with me and that it could be enough.

All the while I was slowly taking myself further from Christianity without ever rejecting Christ, to me the foundation and salvation of the person and the faith.

Before I had children of my own, I left formal belief in Christianity and was able to give myself permission to be full of feelings of all kinds, up and down and all around. I raged against the God of my youth. I told him he was a real prick for what he did to Jesus and that his nonsense with Abraham was just plain child abuse and showed what an asshole he was…. I talked to God for a long time after I was quite convinced that he was never real…. I still talked to him as I always had, as I was taught from early on…  I’m in my sixties now and have stopped talking to God but still chatter away at myself. I wonder what I might have been free to be or do had I been loved and supported instead of trained up.  I watch my brilliant kids, now almost on their own and both brilliant artists and human beings I admire with full, giving hearts and thoughtful directions. Neither have chosen to believe. I think that perhaps they are what I managed to do, that they are my only way to reach beyond the harm of my childhood and be allowed to be free, to play and freely speak.  I trust that I have not let them down because of the harm I have had to carry with me because of religion. I glory in their mortal company.

One thing very clear to me since being a dad, a real dad to my kids, a primary caregiver in some of their earliest years and a dad who learned to let his children lead him. I think Abraham was a sick man and that he responded to voices allowing him to abuse his son. I think the story of God giving his only begotten is long, long mental illness that bipeds are still struggling with since the caves. I rejoice in living and am so thankful for my life and family, for my few dear friends. I do not want to talk of eternal life or death but to live this Saturday till a new dawn. I  feel so sad for children who must face what so many of us had to face, the punishment, the loss  of innocence, the whole failure of the punishment paradigm.

Each day, I get up and ready myself for work and often I hear old Eliot whispering in my ear, “Let us go then, you and I, when the evening is spread out against the sky…” Let us live. There is no greater purpose, nothing beyond a life lived fully. I can allow my own joy. Really. It was always there with me even in Hell at ten years old, but it took me half my life to say, okay, I choose life… I’m going to feel all of it.

My believing family still pray for me. I asked them to please stop, repeatedly, but they won’t. They do it for my own good, like parents who spank children rather than listen to them, like all of us perhaps who decide what is best for others by listening to our ‘voices.’