Christians Say the Darnedest Things: Life is All About Jesus by Jaquelle Crowe 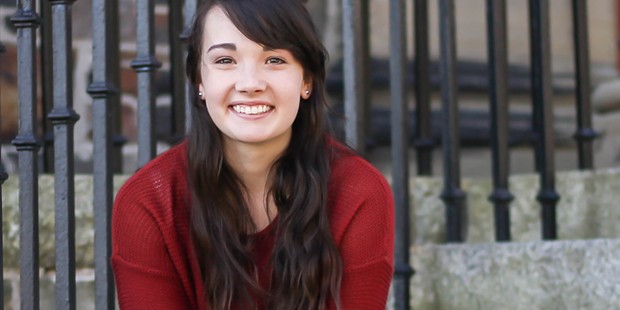 Kids today are growing up in a compulsively connected world. Information is incessant, smartphones are ubiquitous, and with a click or a tap young people have 24/7 access to a never-ending digital conversation.

Of course, such connectivity comes at a cost. Much of this information is pumped out by an agenda-driven media with a message of their own—a message that sounds good, nice even, but is inherently poisonous. It is becoming louder, stronger, and constant. And young people are drinking it in.

This is the message of expressive individualism—the belief, Tim Keller explains, that “identity comes through self-expression, through discovering one’s most authentic desires and being free to be one’s authentic self.”

This is the follow-your-heart, believe-in-yourself, chase-your-dreams, Disney-Hallmark-MTV gospel. It is the catechism of our culture. It is what our youth are learning. You are the creator of your identity. You are free—even obligated—to be whomever or whatever makes you feel good, no matter what anyone says.

Expressive individualism is steadily becoming pervasive. It bleeds through everything—movies, music, books, news reports, private conversations. Think of Hollywood for the most obvious example. Moana, Disney’s latest animated family flick, has been getting rave reviews for its stunning graphics and gorgeous soundtrack. But Christians have also noted its less praiseworthy underlying ideology.

The movie (much in the tune of its predecessor, Frozen) teaches kids that they must look within to find their true identity and purpose—even if people tell them not to, even if they’re “breaking the rules,” as Frozen’s Elsa so proudly declares. This theme weaves its way through much modern children and young adult media—its sitcoms and cartoons, its novels and comic books, and, of course, its movies.

Another cultural idea propelled by expressive individualism is the self-esteem movement, typically aimed at teenage girls. This movement teaches some true and beautiful things Christians would affirm, such as the inherent worth that flows from being an image-bearer of God. But in much of the “ra-ra, you go, girl” mentality there exists a deeper craving for self-fulfillment. It doesn’t matter what “the haters” say. You’ve got to be loud and proud and, no, no, don’t just love yourself, sister; worship yourself. Be whomever you want to be and find your happiness in that self-realized identity. Embrace the true you, and shame anyone who doesn’t.

Yet all of this flies quite blatantly in the face of Scripture’s teaching.

Instead of following our hearts, God calls us to follow his will and keep his commands (Prov. 3:5–6).

Instead of bucking against authority and breaking rules, God calls us to honor our parents and respect authority (Eph. 6:1–3).

Instead of looking within to find our identity, God calls us to look to Christ alone (Col. 3:1–3).

Instead of idolizing our bodies, God calls us to steward them for his glory (1 Cor. 6:15).

Instead of going our own way, God calls us to take up our cross daily and follow Jesus (Luke 9:23).

The narrative of self-fulfillment is an enemy of the gospel.

Parents, teach your children life really isn’t about them; it is about Jesus. For only when they grasp this point will they become who they were truly created to be.

— Jaquelle Crowe, The Gospel Coalition, How Youth Like Me Learn Expressive Individualism, January 4, 2017