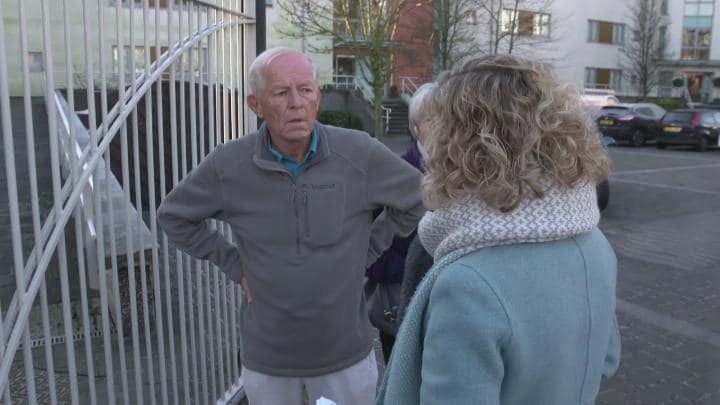 Then came the first blow from a cane, its impact so ferocious that it sent the boy into a state of paralysis that lasted through at least 30 more strokes that left him collapsed on the floor, blood oozing down his legs.

“I remember being so appalled by how vicious the first lash was that I couldn’t scream,” Mr. Stibbe, now 56 and an acclaimed Christian author, recalled on a recent afternoon in his Yorkshire home. “You’re in this tiny shed full of canes with this man. I felt utterly powerless.”

Until that day in the late 1970s, the man he says beat him, John Smyth, was known to Mr. Stibbe and his friends as a charismatic lawyer and influential evangelical Christian leader who regularly attended the Christian forum of their nearby boarding school, Winchester College, the oldest in Britain. Now, Mr. Smyth, 75 and keeping a low profile in South Africa, stands at the center of a widening scandal of sadistic abuse of dozens of boys over three decades that has ensnared the leader of the Anglican Church, the Most Rev. Justin Welby, archbishop of Canterbury, though only peripherally.

The accusations against Mr. Smyth, which were first reported in February as part of a Channel 4 news investigation, are the latest in a string of large-scale child abuse and sex scandals that have embroiled British institutions in recent months, exposing a long history of denial and cover-ups.

The Hampshire police have begun an investigation into Mr. Smyth’s conduct, and more victims are speaking out in the hope that he will come forth in South Africa and face justice. The most recent account was from the bishop of Guildford, Andrew Watson, who said in a statement that he, too, had received a beating in the infamous garden shed that was “violent, excruciating and shocking.”

Mr. Smyth would explain to the boys why they needed to be punished so severely. “He quoted from the Bible and told me I had to bleed for Jesus,” said another victim, who attempted suicide on his 21st birthday, after Mr. Smyth promised him “a special kind of beating” for the occasion.

“When he was done, he would lean in towards me and put his face on my neck telling me how proud he was of me,” said the man, who asked that his name not be used because of the deeply personal nature of his remarks.

The scale and severity of the abuses Mr. Smyth is accused of first surfaced in 1982, after the suicide attempt, which prompted an internal investigation by the Iwerne Trust, a Christian charity headed by Mr. Smyth that ran summer camps. He is said to have used his position at camps to win the trust of the boys he was to abuse.

Five of the 13 victims who came forward in 1982 told investigators for the trust that they had received 12 beatings and about 650 strokes. The other eight said they had each been hit about 14,000 times over a period of years.

The trust’s report concluded that all the cases were technically criminal offenses, and yet none were reported to the police. Instead, Mr. Smyth was removed from the trust in 1984 and sent to Zimbabwe, where he set up similar Christian summer camps for privately educated boys, the South African news media have reported.

In 1997, Zimbabwe’s prosecuting attorney arrested Mr. Smyth on a charge of culpable homicide in the death of Guide Nyachuru, a 16-year-old boy who was found dead at the bottom of the swimming pool of one of Mr. Smyth’s camps in Zimbabwe. Mr. Smyth denied any involvement in the drowning, calling it a tragic accident, and a year later all charges against him were dropped.

In court documents in the case, he was accused of brutally beating five other boys at the camps there.

“He would strip us naked and hit us with wooden bats to purge us of sin,” said one of the victims in Zimbabwe, who asked to remain anonymous for fear of reprisal by Mr. Smyth.

In 2002, Mr. Smyth moved to South Africa, where new accusations of abuse have surfaced in news outlets in recent weeks. Last month, he was removed from the Church-on-Main in Cape Town, where there were claims of inappropriate behavior but not proof of criminal acts, the church said in a statement.