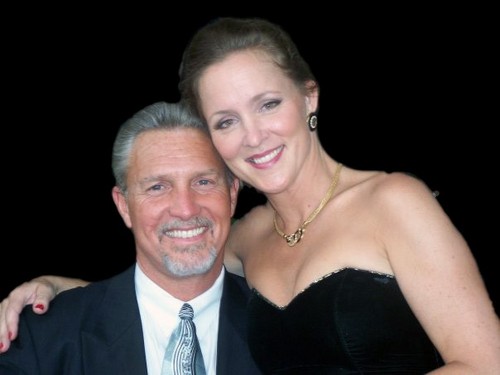 On October 7, 2014, Lonny Remmers, pastor of Heart of Worship Community Church in Corona, California was sentenced to two years in state prison for “assaulting the 13-year-old son of a church member.” The Press Enterprise reported:

Corona pastor Lonny Remmers, head of the Heart of Worship Community Church, faced an audience of one Friday as he fought to stay out of prison for assaulting the 13-year-old son of a church member.

Remmers, 56, told Superior Court Judge Richard T. Fields how he had mended marriages in his approximately 20-member church and broken children free from years of abuse.

In explaining why he grabbed a pair of pliers and pinched the boy’s nipple during a Bible study – a punishment for the boy raping his sister – Remmers conceded that “I wish I had thought different in the moment to pick a different route.”

Fields was only partly impressed, however, and sentenced Remmers to two years in state prison, the maximum allowed under a plea deal Remmers had agreed to. Fields rejected a request from defense attorney Peter Scalisi to allow Remmers to turn himself in at a later date, and the gray-haired pastor was bound in chains on the spot.

“I recognize the gentleman has done great things,” Fields told Remmers’ supporters and detractors in the courtroom.

But Fields noted other aspects of the punishment that occurred in March 2012 after the boy’s mother brought him to Remmers to be disciplined. Co-defendants Darryll D. Jeter Jr. and Nicholas Craig, who previously had pleaded guilty to inflicting corporal injury on a minor, had taken the boy known in court records as John Doe to the desert near Barstow, forced him to dig a mock grave, threw dirt on him and told the boy that his answers to questions would determine whether he lived or died. The boy was then taken to a group home, where he was stripped, zip tied to a chair and Maced, according to court records. The boy was then taken to the Bible study.

“The ultimate consequence of that was unimaginable to me,” Fields said. “That is not an acceptable form of punishment to me, plain and simple. That’s more than a minor misjudgment that I simply cannot ignore.”

Scalisi had urged Fields to grant probation. He said Remmers was remorseful and has helped many people in his ministry.

Friday’s hearing in Riverside provided a stunning conclusion to a case that Fields described as “very unique in many, many ways.”

For one, people who had avoided speaking out during the case that began in March 2012 decided to speak publicly Friday, and they didn’t leave anything out as they tried to persuade Fields to give Remmers probation instead of prison.

The victim in the case and his mother – she moved in with Remmers after his arrest on charges that originally included kidnapping – spoke on the pastor’s behalf Friday.

The boy, now 16, said Remmers “is the best father I have ever known. He means the world to me. He doesn’t deserve any of this. He’s done more to help me in my life than anyone else I’ve ever known. I love this man.”

The boy’s mother, who is not being identified because it could identify the boy, spoke next. She said Remmers pleaded guilty so the boy wouldn’t have to testify about molesting his younger sister. But then she told the court what her son did to her daughter.

She said the incident should have been taken care of in “the family” and not involved police. Remmers taught her son that when it comes to rape, “No means no.”

She claimed that the plea deal was made because of a lack of evidence. Fields interrupted her, reminding her that Remmers voluntarily pleaded guilty.

Yesterday, Remmers appeared in U.S. District Court and was sentenced to one year in prison for wire fraud. The Press Enterprise reports:

Corona Pastor Lonny Remmers was sentenced to a year and a day in federal custody Tuesday, April 4, in connection with an Ohio wire-fraud case.

Twenty-four Remmers supporters submitted letters to the court, vouching for his character.

Remmers, Robert Milam and Mark O. Wittenmyer were accused of soliciting $2 million from an Ohio developer as seed money for an investment fund but instead using the money for their own purposes. Milam was sentenced to 14 months in prison in January. Wittenmyer is scheduled to be sentenced April 18.

Remmers is head of the Heart of Worship Community Church, which has about two dozen members, many of them recovering drug addicts or others who sought refuge with Remmers from their troubled lives.

Astoundingly, Remmers’ church continues to stand behind their man.