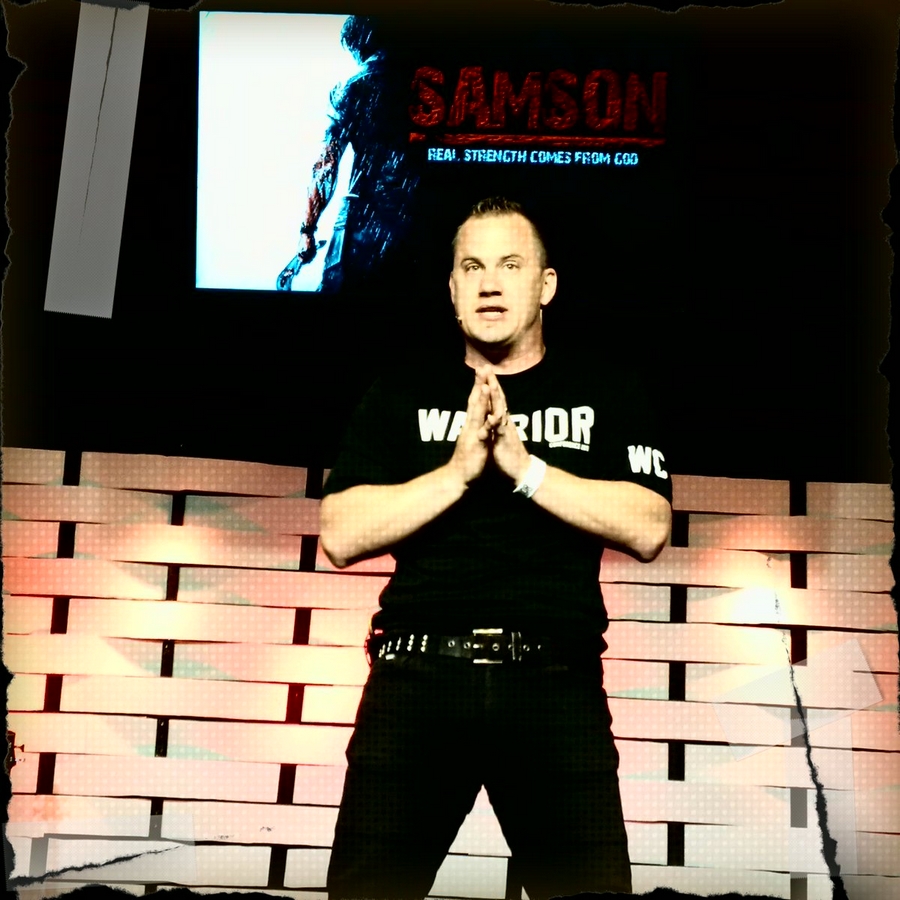 A 37-year-old former pastor at Dialogue Christian Church on Pine Street will spend at least five years in prison for sexually assaulting a 13-year-old girl last summer in his parish office.

At a plea and sentencing hearing at Hillsborough County Superior Court North on Wednesday morning County Attorney Michael Valentine described the facts of the case to the judge.

He said the 13-year-old girl, identified as A.I., told police Steve Jesmer picked her up to take her to a church youth group meeting on Wednesday, June 8, 2016. Jesmer brought her to the church but instead of meeting with the youth group, he brought her to his church office.

A.I. said he began to hug her and put his hands around her waist. Jesmer then began touching her breasts and pulled her shirt down. A.I. said when she looked down, she saw Jesmer had pulled out his penis and began pushing himself against her and put her hand on his penis. He then laid her down on the couch in the office where he removed her pants and underwear. She told police at that time Jesmer, “pushed himself inside me.” According to A.I., Jesmer then told her she was beautiful and said he wanted to put his penis in her mouth and ejaculate. A.I. protested but Jesmer told her she could not get pregnant if he ejaculated in her mouth and that she should finish what she started. She again protested, so Jesmer had A.I. massage his penis with her hand until he ejaculated. A.I. told police Jesmer then dropped her off at her house.

Under the plea deal, Jesmer pleaded guilty to two felony charges of felonious sexual assault against a minor, one charge for vaginal penetration the other for oral penetration, each sentence carrying a minimum sentence of five years and a maximum of 15 years. The second sentence is suspended upon good behavior. He also pleaded guilty to felony witness tampering, for telling A.I. not to say anything because Jesmer told A.I. he could lose his wife and family. The witness tampering sentence is also suspended pending good behavior. Jesmer also pleaded guilty to four counts of misdemeanor sexual assault against a minor. Those crimes include pushing his body against A.I., putting her hand on his penis, pressing his penis against his body and ejaculating on her. For those crimes, Jesmer will serve 12 months to run concurrent with his 5-15 year sentence.

Both A.I. and her mother spoke in court during victim impact statements. A.I.’s mother, reading from a prepared statement, said her daughter is not the girl she used to be, that A.I. is now depressed, and doesn’t eat or sleep. But, despite all this, A.I.’s mother said she is not angry with Jesmer and she forgives him. Adding that it does not excuse what happened.

“I told you everything about me. I trusted you and looked up to you as a father,” she said through tears. “I bet that made it easier for you to take advantage of me.”

A.I. said school has been more difficult since the sexual assault. She said a list was exposed at her school and she was rated as the “most vulnerable” and “easiest to get laid.” She said she’s missed 50 days of school this year due to anxiety attacks.

A.I. admitted that for months after the attack she would take half hour long showers saying, “I scrubbed myself until I bled.”

A.I. said in the months and weeks leading up to the assault, Jesmer and his family supported her. She said she was going through a rough time, and he was there for her when she wanted to commit suicide. During that time, he came to visit her or drive her to the church every day. A.I. said she was making great progress until the sexual assault and she hit “the lowest point I could reach.”

“I can admit that I’m broken,” A.I. said through sobs.

Despite all this, A.I. said she forgives Jesmer.

“You made a mistake just like every other human,” she said. “I don’t want to hold any resentment toward you because that’s not what God wants.”

Jesmer reacted by putting his head down and he appeared to be crying.

“I pray for you and your family’s healing daily,” A.I. said, recognizing that it has affected her and his family.

Jesmer then had an opportunity to address his victim and her family as well as the judge. Jesmer said he destroyed several people’s lives and made a terrible decision.

“I’m very sorry. I thank you for your forgiveness. I don’t deserve it,” Jesmer said to A.I. and her mom. “I failed you. I failed my city and my church.”

About 15 people sat behind Jesmer supporting him in court, and were visibly upset before, during and after the sentencing.

Superior Court Judge John Kissinger praised A.I. saying she showed incredible strength, courage and bravery. Speaking directly to her he reminded her, “There is nothing you did that remotely contributed to or caused this.”

Kissinger also spoke to Jesmer, saying although he has supported the resolution, he has some serious reservations about the light sentence, saying Jesmer was in an authoritative position as a pastor and should have been a support system.

“The reality is, I would not have accepted this but for the support of the victim’s family because I think prisons exist for a reason,” Kissinger said. “The reason is to isolate those who are the most dangerous. And anyone who would act as a predator with a child is someone who needs to be removed and isolated from society.”

Two days after Jesmer sexually assaulted A.I., he posted the following to Twitter: