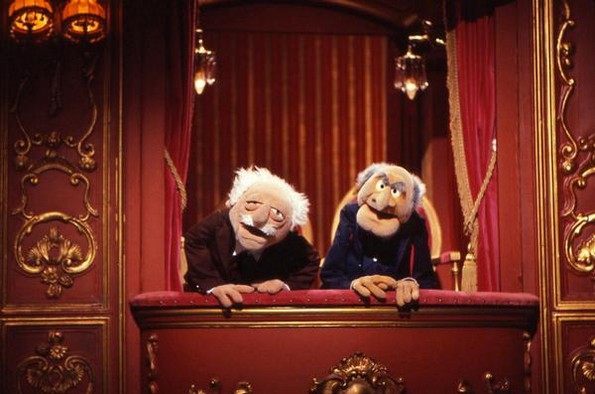 Religious Fundamentalism is not alone the domain of Evangelicalism. Take David, a recent commenter on this blog and on my Facebook page. Here’s how the conversation with David started:

David: Jesus is real. He is God. And, He is alive. To deny that, is to deny the Truth.

Bruce: *sigh* So glad you stopped by to let us know that your flavor of ice cream is the one true ice cream. Now take your ice cream truck and keep on moving down that narrow, straight road you mentioned on Facebook. Blessed be the God of reason, forever and ever, amen. [At this point I thought David was an Evangelical.]

David: Sir, you claim you are not evangelizing for atheism. However, by posting these reports of alleged christian molesters, you are in fact, evangelizing for atheism, otherwise, you would also post stories of molesters from other beliefs. I don’t see that you are publishing reports of any muslim molesters, or atheist molesters, or hindu molesters, or Democratic party molesters, or any molesters from any other groups. No, you focus only on professing christians, because you want to harm the Church of Jesus Christ and more particularly Him and cause others to abandon the faith or never become a believer to begin with. You know what you are doing. So, you see, you are in fact, a liar. And, that would make you the son of you know who…

Bruce: Funny that you are more concerned with my posting the reports than you are the reports themselves. Evidently preachers molesting children doesn’t bother you as much as an atheist making the public aware of such vile things. This blog focuses on Evangelicalism–as I told you on Facebook. I can’t be all things to all men, so I don’t try. I focus on Evangelicalism because it is the dominant American religion and one that I am most familiar with. If, through my writing, someone leaves Evangelicalism, good for them. However, I do not evangelize. I don’t go to Christian blogs/Facebook pages and leave atheistic comments/sermons (unlike you). That you impugn my character says more about you than it does me. I’m quite proud of the fact that my writing causes hemorrhoidal inflammation for people such as you.

David: Looks like I struck a nerve with you Bruce. Truth has a way of doing that to antichrist agenda driven people like you.

Bruce: Davey, my man, I hate to disappoint you, but you are little more than buzzing gnats swarming around my head on a warm summer day. Smack, end of annoyance. I presume, by now, you have read the comment rules. Please act accordingly.

David: Bruce. I notice in your blogs you have one concerning a molesting Catholic Priest. So, I caught you in another false statement. You said you are only concerned with reaching evangelicals. But, then you undermine that assertion by your Roman Church priest blog. So, I am proven right again. You are on the warpath against Christianity, the Church and Jesus Christ. Why not tell the truth Bruce? Why maintain the facade of honesty when you are not being honest?

Bruce: The focus of my blog is Evangelicalism — like 99% of my posts. On occasion I write about other things: sports, photography, politics, family, technology, and yes priests who rape/molest children. That you would rather impugn my character than understand what should be easily understood by anyone with a fifth-grade education, reflects poorly on you and the Christ you say you serve. By all means, keep commenting. Your words are preaching a far louder sermon than any atheist could preach.

David: Bruce, the more you attack and deny, the more you prove my assertions. I wonder why you can’t see that. And, laughably you resort to the time dishonored atheist reaction of attacking the intellect of those with whom they disagree. Atheists cannot be gracious. They ALWAYS resort to personal attack of the intelligence of the Christians, alleging by implication that intelligence and intellect are a contradiction to belief in Jesus Christ, the Lord and Savior of all, Who is God.

Bruce: I’m not gracious to assholes, nor do I need to be. And I don’t need to let them fill the comment section with bullshit. Bye, bye Davey. All further comments will be deleted.

Bruce: I should make it clear to readers that you are a Fundamentalist Catholic, not an Evangelical, proving that Fundamentalism can be found in all religious sects.

On to Facebook. It is harder to recreate the conversation flow on Facebook because David DELETED all of his comments. Yep, deleted every last comment.  What follows is, at best, a partial transcript of what transpired on Facebook. Fortunately, Suzanne captured many of David’s comments for her Jerks4Jesus page.

David sent me the following message:

What is the point of these reports. Jesus said that wolves in sheeps clothing would infiltrate the Church. Paul wrote the same thing. So, no surpirse. And, anyone who does these things, has ceased being a follower of Jesus Christ at that point. Sinners can repent and be saved again. But, an apostate cannot. See Hebrews. Sir, you may feel smug at this point, thinking you are doing good in the humanist sense, but your real objective is to try to harm Christianity since you are no longer a believer, and have fallen away. My question is: were you ever a true believer, or was being a pastor merely a way to make a living? If you were a true believer, what caused you to fall away from the truth? Do you have some sinful behavior that you were not able to give up? Was it pride? Jesus is real, He is alive, and He is God. I know this for a fact. And, you probably do also, but you choose not to submit to Him.

I responded by telling David to read my blog.

Here’s some of the comments left by David that he has since deleted. Unfortunately, by deleting his comments, David also deleted some of my responding comments too.

David: Bruce, as you well know, the public is already well aware of the matter. The atheist media has had a field day and non stop reports and is reporting on how these non Christians posing as Christians have infiltrated the Church and committed these acts… But, you are fine with muslims and politicians doing the same. Interesting dichotomy. How do you intellectually justify that.  And, by the way, they could not have been Christians when they committed those crimes. By definition, they ceased to be Christians or never were to have committed those acts. Read your Bible and you will see that it is impossible for a true follower of Jesus Christ to do such things. You must have bought into the once saved always saved lie when you were a pastor.  Good night, pee wee. It must be way beyond your bedtime over there in never never land.

Bruce: They were Christians when they committed their crimes. Consensual adult sexual behavior is fine in my book. I don’t care one bit who fucks who, when, where and how. I do, however, despise men who use their places of authority to rape, sexually assault, and sexually manipulate children, teenagers, and adult congregants.

Bruce: No I’m not, but there are other sites that focus on Islam. Hey, here’s an idea….why don’t YOU start a blog and write about atheists and Muslims? Do something productive instead of trolling my page/blog.

David: Bruce, baby, you are one challenged individual. Do you ever tire of your childish antics?

David: Coward, you could not answer nor counter the truth of my assertions, so you blocked my posts on your blog page. That is so atheist of you. Another truth challenged professing atheist bites the dust. LOL

David then took to attacking Suzanne.

Realizing that I was quite snarky in our exchange, I thought I would make one, and only one, good faith effort to answer whatever questions David wanted me to answer.

Bruce: David Collins, second request, “So, here’s your chance. Give me your top five questions/challenges and I’ll answer them on my blog. No more bullshit from you, David. This is your one and only chance. Take it or go fornicate with yourself. “

And, in classic Fundamentalist fashion, David responded this way in an email to me:

Listen, Satan. I have already blown your assertions to smithereens on facebook. If you like, go get that dialogue and post it, including the ones you deleted like the coward you are. My facebook responses on your facebook page,  to your assertions, taunts and lies,  completely obliterated you and your false paradigm. You lost. Deal with it. I have no reason to repeat myself in your ludicrous blog. I have already exposed you for the liar and hypocrite you are. Deal with it.

What lesson have I learned from my “discussion” with David, the Fundamentalist Catholic?  That it is almost always a waste of time to engage Fundamentalists. Their minds are shut off from anything that doesn’t fit their narrow, defined “Biblical” worldview. Their goal is to evangelize, not engage and learn. In David’s mind, I am an anti-Christ, a false prophet. I am worthy of death, punishment, and the Lake of Fire. I KNOW they think all these things about me, yet I still, at times, allow myself to be drawn into foolish, fruitless discussions.

David is a good example of why I have a one-and-done rule on comments from evangelizing Christians — particularly Evangelicals. In David’s case, he is an outlier — a Fundamentalist Catholic.

As I type this post, Terry, an Independent Fundamentalist Baptist (IFB) preacher, is fouling up the comment section. I’ll take care of him in just a moment. It never ends. My writing draws out the worst Christianity has to offer. The good news is that these commenters are preaching a sermon that is being heard loud and clear.