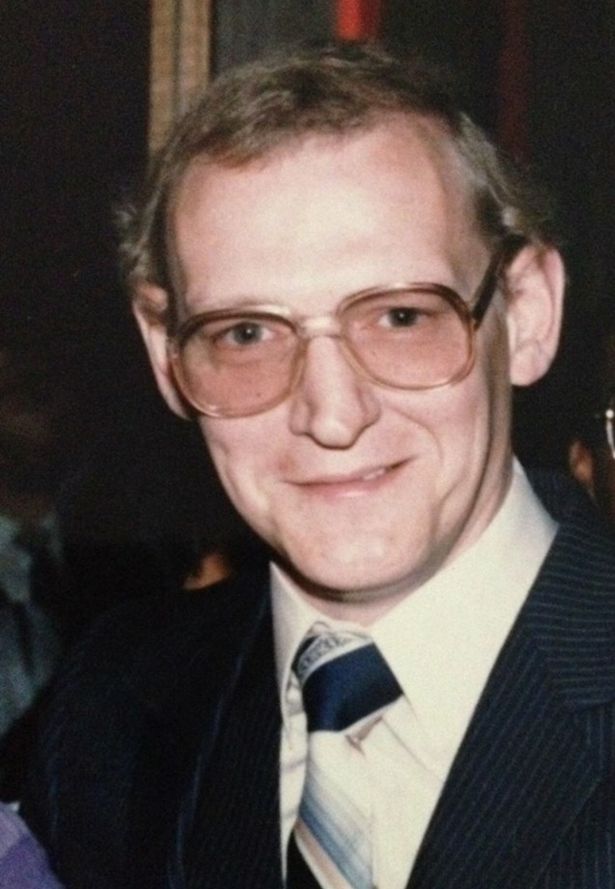 George Donald, a former youth leader at Hatfield Christian Church in Pretoria, South Africa was convicted recently and sentenced prison for sexually abusing several young girls. Now, one of his victims is accusing Hatfield Christian of covering up sexual abuse.

For decades, pastors at Hatfield Christian Church covered up the sexual abuse of several young girls by one of its youth leaders.

In the same week that the Constitutional Court deliberated on the statute of limitations on sexual abuse cases, George Donald, 67, was sentenced in the Pretoria Regional Court to a total of 11 years’ imprisonment, of which he has to serve an effective six years.

This was for raping his biological daughter, Marijke Donald, now Mwathi, over several years in the 1980s, as well as his foster daughter – who does not want to be named – for months while she lived with the family in Pretoria.

The rape and sexual abuse of Marijke, 40, started around the time she was 3 and ended when she was about 12.

Her foster sister, who was about 10 at the time, eventually told Marijke’s mother, who does not want to be identified. The mother turned to the church authorities for guidance.

Both parents received counselling and the advice of the church elders at the time was that they should pray and talk to each other.

In an e-mail exchange with Hatfield Christian Church last year, Marijke accused the then church leaders of turning a blind eye to the serial abuse and protecting a rapist. She said they told her mother that it was “church policy” not to go to the police or to take a “Christian brother before a heathen judge”.

They also told her mother, Marijke said, that if she had been a better wife, Donald would not have abused the girls. But while the counselling with church elders continued, Donald continued to rape her, Marijke told the Pretoria News.

She now lives in Scotland, but returned to Pretoria last week, with her brother Jason Donald, author and award-winning filmmaker, who lives in Switzerland, to see their father go to jail.

“I don’t hate him, but I wanted to see him go to jail for what he had done to me,” she said.

Donald, who is wheelchair-bound, pleaded guilty to two charges of rape. Due to his advanced age and the fact that the crimes occurred in the 1980s, he was sentenced according to the law of the time.

If the rapes occurred after the new Sexual Offences Act came into effect, he could have faced life behind bars.

“The investigating officer asked whether I wanted to talk to him after he was sentenced,” said his daughter. “I faced him after all these years and told him I no longer hated him, but he had to go to jail.”

Donald, who lived in London, was extradited to South Africa to account for his crimes after about 30 years.

In a statement to court before sentencing, Marijke said: “As a child I lived in a home where our family portrait was that of God-loving people who served Christ through the church.

“We helped those in need, but behind this perfect family impression lay a sinister secret of a man who thrived on the ability to control, manipulate, lie and abuse many around him.”

Marijke said it was not only sexual abuse she had been subjected to, but also emotional abuse. “As a child growing up in that environment, I lived in fear, confusion and hypervigilance If only the church went to the police or removed him as youth leader.”

The abuse only stopped when the family moved to Scotland in 1990 and her mother eventually divorced him.

“Once it was discovered that George was abusing me, it was me who was punished. No one went to the police or had him arrested and charged to keep me safe.

“Not the church, not the doctor who examined me and not my mother. He even remained as a youth leader.”

She said she decided a few years ago to report the rapes and sexual abuse to the authorities. “I decided to forgive him Not for him to be freed, but for me to release myself from him To live with what George has done to me is one thing, but I could not live with the knowledge that he has harmed others.”

Around the same time Marijke was raped, another young member of the church, Elizabeth van der Merwe, was also being abused.

She said that while the church service was going on, he would take her to a room elsewhere on the premises, ostensibly to prepare for the youth service.

She counted the steps to this room, where he abused her. She could still remember exactly how many there were, she said.

Marijke Donald’s foster sister, Cordelia, has decided to publicly tell her story. Annie Brown, a reporter for The Mirror-UK, writes:

A rapist who abused his daughter from the age of four told her “it is better for a girl to be broken in by her father rather than a stranger.”

He raped her, sometimes twice a week, from the age of four until she was 10.

Now Cordelia, 40, has bravely spoken out about the horrific abuse which a church covered up, the Daily Record reports.

When Cordelia’s mother found out about the abuse and went to pastors in the church where Donald was a volunteer youth leader, she was told that it was against “church policy” to take a “Christian brother before a heathen judge” or the police.

Her mother was also told the abuse wouldn’t have happened if she had been a better wife.

This week Donald, from Dundee, who was living in South Africa at the time of the crimes, was sentenced to seven years in prison for raping Cordelia and a 10-year-old girl in the 1980s.

Cordelia has chosen to speak about her ordeal as she fears there are other victims of her father who have yet to come forward.

The family emigrated from Scotland to South Africa when Cordelia, who has three brothers, was 10 months old.

Donald began abusing her when she was two. He raped her, sometimes twice a week, from the age of four until she was 10.

The abuse only lessened when another female victim reported to Cordelia’s mother that she had been abused.

But when her mother reported the abuse to pastors at Hatfield Christian Church in Pretoria, she was shrugged off.

To the outside world, Donald, a supermarket manager, was the epitome of the perfect husband and father, a charismatic and upright Christian who worked tirelessly with children.

Cordelia said: “Behind this perfect family impression lay a sinister secret of a man who thrived on the ability to control, manipulate, lie and abuse many around him. I was victim to sexual, physical, psychological and emotional abuse.

“As a child growing up in this environment, I lived in fear, confusion and hyper vigilance. I would jump if I heard a car pull up or a lock turned. I was constantly scared.”

Cordelia was so traumatised that from the age of three, she pulled her hair out and bit her nails until her fingers bled.

She was so desperate not to be a girl and a target for her dad that she imitated being a boy, even trying to urinate standing up.

Her dad threatened to harm her mother and brothers or kill her family pets if she revealed their “secret”.

She said: “I felt that by saying nothing, I was protecting my family.”

Donald told her it was normal for dads to behave sexually with their little girls.