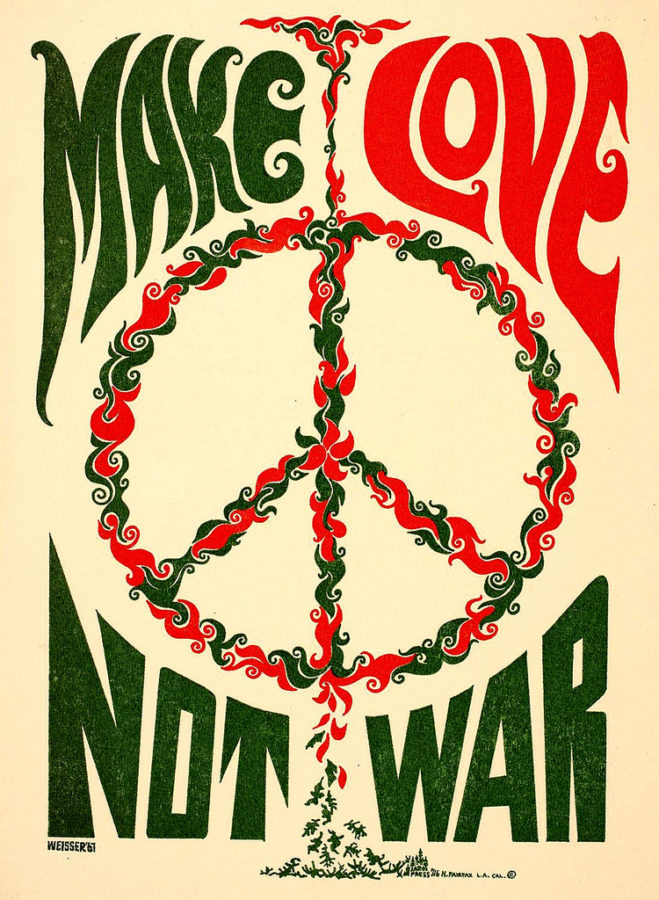 Ernest Williams, a retired Presbyterian minister, blames the current spate of sexual harassment allegations on baby boomers. According to Williams, the free-love generation threw Christian morality to the wind, leading to all sorts of sexual perversion and misbehavior. Ironically, Williams is a Trump supporter. Evidently, helping to elect a pussy-grabbing, serial sexual predator to the highest office in the land is okay, but using coarse language, viewing pornography, and fucking contrary to the Intercourse Rulebook® — the Bible — is not.  Williams is the textbook example of a hypocrite. Williams, as many of his ilk do, pines for a return to the glory days of the 1950s; days when women knew their place, gays were deep in the closet, and Christianity and its moral prohibitions ruled the land.

Here’s what Williams had to say in an opinion piece for The Paris Post-Intelligencer (Paris, Tennessee) titled ‘Cultural shift’ in Public Attitude Toward Sexual Morality Took Place 50 Years Ago:

We’ve been battered for weeks now with allegations of sexual misconduct by U.S. Senate candidate Roy Moore in Alabama, and Rep. John Conyers of Michigan.

Add to those the smell of scandal surrounding a growing number of Hollywood personalities.

The media are talking about a “cultural shift” in the public’s attitude toward sexual morality.

Shock is being professed that leaders in the worlds of politics and entertainment are seeing the ends of their careers over the abuse of women in the workplace.

Of course, we recognize that such hanky-panky has been going on as far back as we can research.

…
The other reason is that the “cultural shift” which the media are just now discovering happened in the 1960s and ’70s.

It was in the ’60s that I became a seminary student, and saw some of the changes occurring on the campus of a top-rung Ivy League university (Princeton).

I was not naive. I had been in the army, and was familiar with the sexual immorality which was flaunted by my fellow barracks-mates, and by the underground pornographic material which they mysteriously found somewhere despite its illegality.

But something new was happening.

This kind of immorality had been confined to the businesses that had constantly to keep a low profile and to bribe the authorities in order to operate.

But now it became open, visible and eventually mainstream.

When the movie, “Deep Throat” created a stir about 1970, it did not appear in an XXX-rated shack in a back alley, but in a first-run theater on Chestnut Street in Philadelphia.

From that point, Hollywood increasingly purveyed the world-view of a whole new generation of producers whose heroes were people like Helen Gurley Brown and Hugh Hefner with their zeal for unrestricted sex-play.

There was an openly declared purpose to change our society and create a cultural shift.

Walk into a college classroom, or even your local middle school, and listen carefully, and you’ll see how successful they were.

The old norms of what was naughty and what was nice are gone.

The cultural shift took place some 50 years ago, and it blew away the cultural expectations for decency in language and sexual behavior that had been considered normal, even though some had always flouted them.

What the big mainstream media, whose professionals are part of the changed culture, have not realized is that there has always been about half the population who did not make the shift back then, and have continued to stand for traditional American values.

They are outraged to see obscene words, if not printed, then clearly indicated with initials and asterisks, on their TV screens.

They are outraged to see their elected officials engaging in conduct that they do not want as examples for their children and grandchildren.

They are outraged to see a man refusing to stand for the national anthem, or to be urged to do their “holiday shopping.”

And they are tired of being regarded as uneducated hicks who are hopelessly out of the times and out of the culture which for the elite has become normal.

These elite just couldn’t believe it when Donald Trump was elected U.S. president on a platform that seemed to them to appeal only to a few remaining and aging survivors of the old order.

The “cultural shift” they see now is not a shift at all for the Trump voters.

It is just the ongoing American tradition and people are thankful to the God in whom they still believe that they finally have someone in the White House who understands and shares their love of America.

It is those reared by the culture of the ’60s who consider “making love instead of war” to be normal, who can’t understand what is going on.

They see the rotten fruit of their culture in these celebrities, and not knowing that it was produced by the rotten tree of the sexual revolution, wonder where it came from.

There ya have it, baby boomers. Yet another cultural malady is that is your fault.