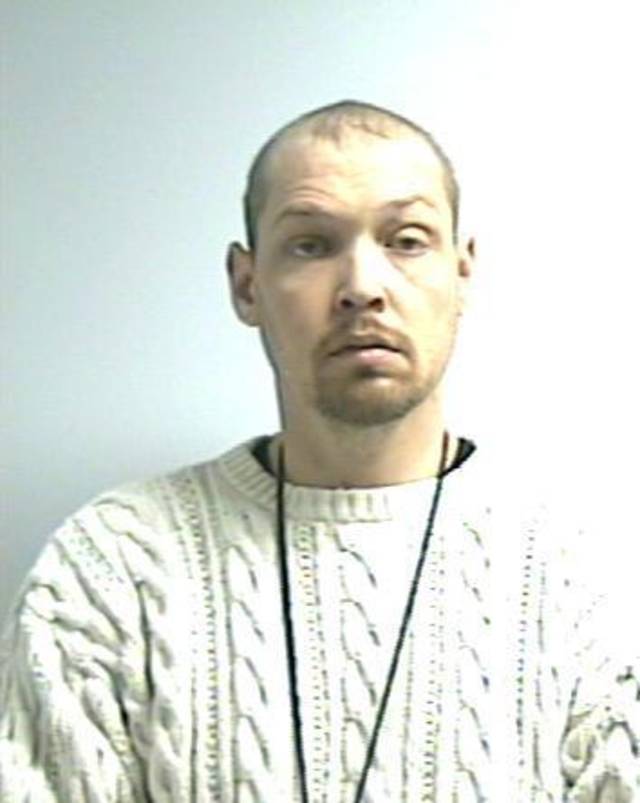 Benjamin Petty, a cook at Falls Creek church camp — owned and operated by The Baptist General Convention of Oklahoma — was sentenced to probation for raping a thirteen-year-old female camper. Be prepared to read about victim blaming in the story that follows.

Randy Ellis, a reporter for The Oklahoman, writes:

In an unusual plea deal, a Spencer man has been sentenced to 15 years on probation after pleading guilty to brutally raping and sodomizing a 13-year-old girl at Falls Creek church camp.

Benjamin Lawrence Petty, 36, tied rope around the girl’s wrists, raped her and then threatened her with physical harm if she told anyone, according to the criminal charge. He was at the camp as a cook at the time of the 2016 offense.

Murray County Assistant District Attorney David Pyle, who negotiated the guilty plea, said Petty is “legally blind” and that was a major factor in his decision not to insist on prison time.

Petty was given the suspended sentence by District Judge Wallace Coppedge on Jan. 19 after entering a negotiated guilty plea to first-degree rape, forcible sodomy and rape by instrumentation. All three are felonies.

A woman in Judge Coppedge’s office said he would not be making any statement.

“The big thing is Mr. Petty is legally blind and the parents (of the victim) live out of state and this little girl lives out of state and didn’t want to make all the travels back and forth,” Pyle said. “The plea was negotiated with their permission.”

Petty was already legally blind at the time of the rape, Pyle said. Under terms of the probation, Petty will be required to wear an ankle monitor for 24 months, register as a sex offender and obtain treatment. He had no prior felony convictions, according to plea agreement documents.

Bruce Robertson, an attorney who is helping represent the victim’s interests in a civil case, said the family’s consent to the plea agreement came after “the family was told by the district attorney’s office that the rapist would not serve any meaningful prison time due to his medical conditions.”

The girl was raped in June 2016, while attending church camp at Falls Creek with a group from Terrell, Texas, according to court records filed in the civil lawsuit.

The rapist was brought to the camp to serve as a cook by The Country Estates Baptist Church of Midwest City, according to that lawsuit.

The First Baptist Church of Terrell is named as a defendant in the lawsuit along with the Baptist General Convention of Oklahoma and The Country Estates Baptist Church.

Currently pending in the civil case is a request by attorneys for the Midwest City church to question the rape victim about her “prior history of voluntary sexual activity.”

Oklahoma County District Judge Aletia Timmons rejected the initial request, saying, “I don’t think it has any — even a scintilla of any relevance to anything.”

Attorneys for the church have asked the judge to reconsider her decision, claiming the victim talked with fellow campers about “her sexual activities and history with her then-boyfriend, including her fear that she might be pregnant with her boyfriend’s child.”

The church’s attorneys contend that is relevant because it may have “contributed to her physical and emotional damages.”

Attorneys for the victim claim the rape, itself, is responsible for the girl sustaining physical, emotional and psychological damages.

“We are saddened to see that the church has stooped to victim-blaming,” Robertson said. “While we will not publicly debate the consensual sexual history, if any, of our teenage client, we fail to understand how the church can conceivably argue that any female’s consensual relations are relevant to the trauma suffered as the result of a horrific, violent rape. The church has improperly used information in its motion which we believe is in violation of the court’s protective order and we will not comment further at this time.”

The Baptist General Convention of Oklahoma is a cooperative owned by a partnership of Oklahoma Baptist churches. It owns and operates Falls Creek, which is located in the Arbuckle Mountains in south-central Oklahoma. About 54,000 adolescent campers attend the camp during the summer camping season, according to the lawsuit.

The lawsuit accuses the churches and Baptist General Convention of negligence, contending they didn’t do a good enough job of checking the backgrounds of workers, failed to adequately supervise sponsors and camp participants, and failed to train them on how to recognize and avoid predators.