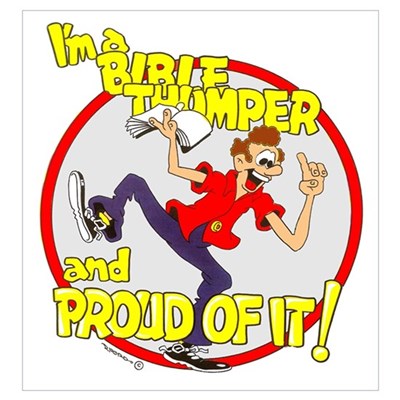 What follows is an excerpt from a blog post written by a Fundamentalist Christian woman named Sue Botchie. Botchie has no interest in intellectual pursuit outside of reading the inspired, inerrant, infallible King James Bible.  Botchie takes great pride in her ignorance about the text and historicity of the Bible. I remember thinking this way back in my Independent Fundamentalist Baptist (IFB) days. I considered the Bible to be a flawless, perfect book. Anything that didn’t square with my peculiar interpretation of the Bible was wrong. Of course, when people challenged my assumptions and assertions, I responded, hey your argument is with God, not me.  I later learned that the God and me in this story were one and the same.

Here’s Botchie words in all their wondrous kindergarten glory:

Well, help yerself! And yeah, i know you [Bart Ehrman] went to big-time colleges, and published numerous thick books…i get that! Still, i also get the fact that, throughout the ages, smart men (men, smarter than you, who wrote volumes with quill pen AND by candle-light…) [a common false assumption that the men who translated the King James Version of the Bible were more educated and smarter than scholars today. This is patently untrue.] stayed the faith. Ya’ know, they didn’t have so much as a manual typewriter.

And yeah, reading the Scriptures does often leave a person with more questions than answers. Oh, but could it be, because the Lord is ultimate smart, and we’re all wetards! I.e., His ways, as compared to our ways…yeah, that’s one bitter horse-pill to swallow! Anyway, to go on claiming that the Lord’s Book is erroneous, is [factual, according to the information at hand, a rational conclusion reached by using critical thinking skills] to defame His character. Not smart! [How does Botchie knows Ehrman has defamed the character of her version of the Christian God? Did he tell her? Send her a text or an email?]

Call me a typical fundie moron [self reflection is good]. Have at it, fella. Frankly, i don’t give a flying royal rip what you think. In conclusion, i have ZERO respect for high-end professors who intellectually-bully  20 year-olds. My age talking, but 20 year-olds are kids.

–– Sue Botchie, NoWonderPeopleWalk, Hey Bart! So ya’ think the Bible is one big error-factory, June 22, 2018

Tagged Evangelicalism, Christianity, King James Only, Inerrancy of the Bible, Inspiration of the BIble, Sue Botchie